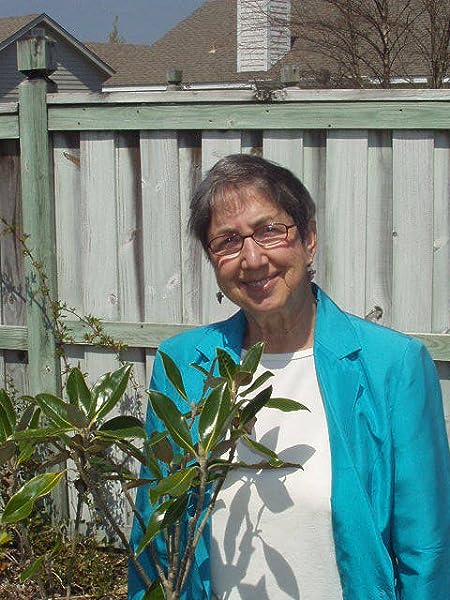 Luleen S. Anderson, Ph.D. is a retired psychologist with more than forty years of clinical practice. She is the author of four books and more than 80 newspaper, magazine, and journal articles. She lives in Wilmington, NC. 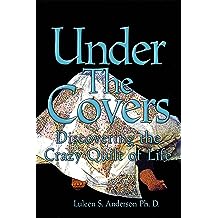 Under The Covers: Discovering the Crazy Quilt of Life Dec 10, 2017
by Luleen S. Anderson
( 1 )
$4.99
Clinical psychologist Luleen S. Anderson has spent over 40 years Under the Covers, listening to stories of people who have triumphed despite incredible odds. In Under the Covers she returns to her roots and tells her own story. Dr. Anderson paints intimate portraits of the people who touched her early life and of lessons learned on her journey. In this collection of essays are humorous poignant snippets of extraordinary characters who taught her valuable life lessons. She now shares them with her readers to offer them special encouragement and support on their own path.

“No matter where we’ve come from or where we’re going, we are all stories. And together our stories make up one book we call life.”

Readers will find Under the Covers an inspiring chapter in that book.
Read more
Other Formats: Paperback 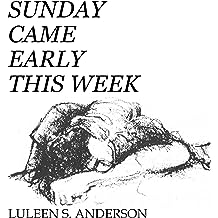 Sunday Came Early This Week Oct 6, 2017
by Luleen S. Anderson
( 4 )
$4.99
SUNDAY CAME EARLY THIS WEEK is the story of a severely disturbed, brilliant adolescent girl and the therapist who saw her through periods of self-destruction, a psychotic episode, and bouts of anorexia, restoring her to health. Readers will find themselves caught up in the heroine’s struggle as she fights the temptation to give in to her illness; in her sense of humor and wit; in her ability to describe in graphic detail what is going on in her mind; and in the gradual reaching out to a therapist whom she fears to trust. Here, two individuals are engaged in a life-and-death struggle.
Read more
Other Formats: Paperback 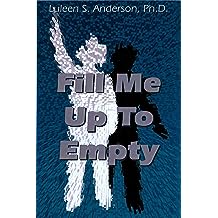 Fill Me Up to Empty Dec 7, 2017
by Luleen S. Anderson
( 2 )
$4.99
The snapshot clipped to the record which Amanda Adams sat studying showed a blond twelve-year-old boy slightly above average size for his age. Aside from a rather out-of-touch look on his face, Josh Fields' picture gave little support to the clinical description, which she found herself reviewing with interest and concern.

The record, several inches thick, included reports from schools, pediatricians, and mental health practitioners from several mid-western states. Each report was filled with data confirming a child in serious trouble.

Fill Me Up To Empty is the true story of a severely disturbed child's struggle to understand his chaotic life and to make a place for himself in a world which for him was both frightening and undecipherable.

The story of Joshua's successful struggle to define himself as a real person, capable of loving and of being loved, is told here as testimony to one young man's heroic efforts to rid himself of madness.
Read more 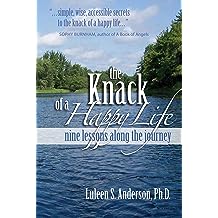 The Knack of a Happy Life: nine lessons along the journey Dec 23, 2017
by Luleen S. Anderson
$9.99
A happy life is our choice...misery is optional! Clinical psychologist Luleen S. Anderson draws on a lifetime of expertise and her own poignant experiences to show each of us how to make that choice for ourselves. With compassion, gentle humor, and wisdom, these 59 brief essays guide readers through the major turning points of our lives. Men and women, young and old alike, will find hope, joy, and insight in these delightful pages.
Read more