Lunchtime Chronicles: Bottoms Up and millions of other books are available for Amazon Kindle. Learn more 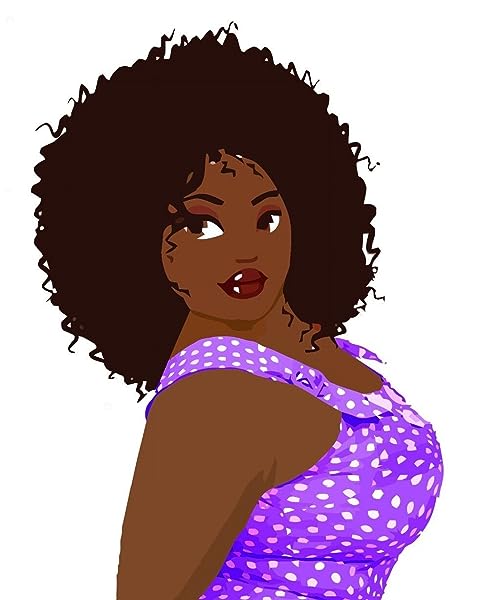 Start reading Lunchtime Chronicles: Bottoms Up on your Kindle in under a minute.

Kymberlyn A Reed (The Fountain Pen Diva)
VINE VOICE
4.0 out of 5 stars A Short and Very Hot Story
Reviewed in the United States on March 21, 2020
Verified Purchase
Warning: wear asbestos gloves while reading this. The sexy times are hot, and that's even before the characters do the do.

My first L. Loren book but if they're as good as this, most certainly not my last. Normally insta-love makes me face-palm, though I'm occasionally good with insta-lust that blossoms into an HEA.

Two plus stars for the dark-skinned and savvy, unapologetic heroine Harley Madison. While some authors seem to be afraid to describe their Black heroines any darker than copper or bronze, Harley introduces herself as a "six foot tall, dark-skinned Black woman with an MBA from the University of Miami." When I read that, I cheered. Then to add icing to an already awesome cake, she's wealthy on her own - both as a trust fund baby and having several successful internet ventures. Whoo Hoo!!! No sad sack Black woman waiting to be rescued. Of course, it just gets better because Harley likes to SURF and PADDLE BOARD!!!

OMG are you freaking kidding me??? It's like L. Loren was living in my damn head or something, lol. We need more Black heroines into water sports (no, not those kind either) lol. Best yet, Harley has what I'd think was a teeny weenie fro.

Then...there's the sexy silver fox himself Mateus. Captain G which should stand for GORGEOUS. Yeah, yum. That's really all there is to it. Yum! You're going to want one of him for yourself after reading this. He's a man who knows and goes for what/whom he wants...and whom he wants is Harley.

Normally age and/or wealth gap plots are a no go zone for me. I demand my heroines and heroes be on an equal footing and the heroine maintain her self-autonomy. No unnecessary trauma drama llamas allowed. What made this story work for me was Harley HAD a life and wealth not dependent upon getting a man. She also knew what she wanted, and it was that sexy silver fox captain of the luxury yacht she and best friend Paradyce were going to celebrate their birthdays on.

By all rights and means this should have been a full five stars, but there were some unnecessary spelling errors that should have been caught by a basic line edit. I used to let things like spelling and grammar slide because I was thirsty for IR books, but after more than ten years, there's no reason to not expect better. The other reason was the questionable ride or die-ness of Harley's best friend Paradyce. She had some definite moments of jealousy, though they didn't last. Still it would be nice for Black women in books to have close, healthy friendships.

This is part of an IR series - Lunchtime Chronicles - with no cliffhangers and all are standalone stories, though from other reviews characters from other books make cameos.

Bayoubabe
4.0 out of 5 stars She knew what she wanted
Reviewed in the United States on April 27, 2020
Verified Purchase
Harley Madison wanted Captain G. She did not care if he was twenty-five years older than her. He was fine for a silver-haired O.G. and she would not stop until she had him. Mateus Gallo a.k.a. Captain G. was smitten with the almost thirty-year-old When he saw her picture while planning their yacht trip for her birthday and her best friend Dyce's birthday, which were a day apart. Paradyce liked older men and was the sugar baby to the man who paid for the trip. Mateus had to be careful, there was a no fraternization clause for all hands on the boat. Captain G. was so smitten by Harley, he threw all caution to the wind. He could find another job but he could not find another Harley.

MrsSJImhoff
5.0 out of 5 stars High seas
Reviewed in the United States on March 9, 2020
Verified Purchase
Dang they were hot from the moment they met. Even though Dyce is her bestie, she throws backhanded shade. Captain G is beyond sexy! The man has more class and smarts than some of those sugar daddy's. Their chemistry was right on. Try this hot little get away to instant attraction and soul ignoring love. Age is not everything.
Read more
Helpful
Report abuse

Leanna
4.0 out of 5 stars Interesting Story
Reviewed in the United States on November 24, 2020
Verified Purchase
This was an interesting story. I initially wasn't sure where this story was headed. But I did like Harley and Mateus. They were a feel good kinda couple. I'm not so sure about the bestfriend, Dyce, that girl is not exactly right.
Cute story though.
Read more
Helpful
Report abuse

A. Mac
4.0 out of 5 stars Harley and the Captain - Spoiler Free Review
Reviewed in the United States on April 20, 2020
Verified Purchase
Great short read. I like when a story gives me someone to love and someone I want to choke. There's both here. Harley and Mateus have great chemistry. Loved them together! Most of the things I'd like to say would spoil the story, so grab a copy and get sucked in! Recommended read.
Read more
Helpful
Report abuse

KayGee
4.0 out of 5 stars Nice Quick Read
Reviewed in the United States on April 18, 2020
Verified Purchase
This wasn't so angsty. I liked Mateus and Harley's relationship. It felt believable. I can imagine finding your love in a place where you weren't looking. I liked how the owner of the yavht/cruise ship had Mateus' back.
Read more
Helpful
Report abuse

Augusta Writers
5.0 out of 5 stars Get your sexy on!
Reviewed in the United States on March 5, 2020
Verified Purchase
An enjoyable read. I love L. Lorena books from
The Layover to her entry in the Lunchtime Chronicles a good read.
Read more
One person found this helpful
Helpful
Report abuse
See all reviews