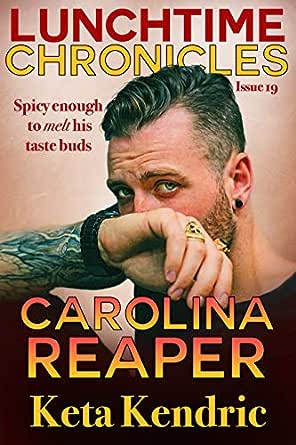 You've subscribed to Lunchtime Chronicles! We will preorder your items within 24 hours of when they become available. When new books are released, we'll charge your default payment method for the lowest price available during the pre-order period.
Update your device or payment method, cancel individual pre-orders or your subscription at
Your Memberships & Subscriptions
There was an error. We were unable to process your subscription due to an error. Please refresh and try again. 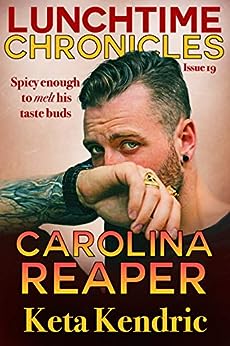 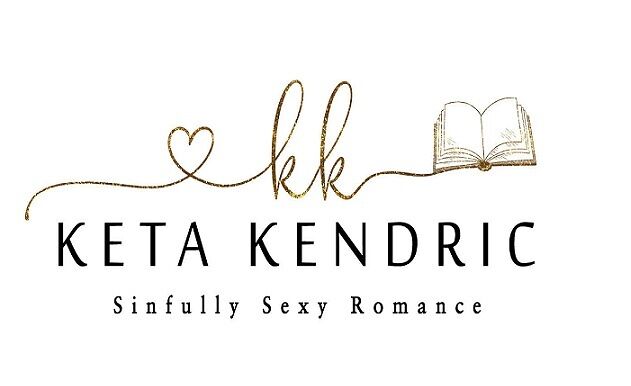 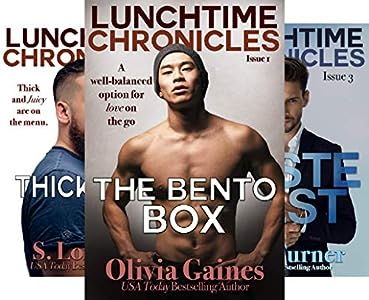 4.8 out of 5 stars
4.8 out of 5
111 global ratings
How are ratings calculated?
To calculate the overall star rating and percentage breakdown by star, we don’t use a simple average. Instead, our system considers things like how recent a review is and if the reviewer bought the item on Amazon. It also analyzes reviews to verify trustworthiness.
Top reviews

Bayoubabe
5.0 out of 5 stars OMG! I love this couple
Reviewed in the United States on November 7, 2020
Verified Purchase
This story just ended too soon. I hope Keta writes more about this couple. She's laid the background for a great series here. The way she described Ground Zero, I wanted to go and find it myself. Despite who lived there, it seems as though it would be an oasis for an old Girl Scout from the Bayou State of Louisiana like myself.

Major McKee, an undercover cop, managed to keep the existence of his sister Zyana a secret for her protection. So when his cover was blown, he called the only person whom he trusted to protect his secret sister, Israel Sylas, one of his close friendship that was born of a very similar situation. They had each other's backs.

When Israel first laid eyes on Zyana, he was stopped in his tracks. She had the IT factor that so many women spent time and money trying to achieve. To top it off, she was feisty as hell and to him, that was a major turn-on. He loved a sassy woman, and she was a feisty ball of fire. She had everything in a woman he wanted. Usually, with the Community P&%%y, there was always something missing. But, when Zyana first saw this six foot four inch two hundred and fifty-pound hunk of a tattooed man, she was scared to death and did not know whether to trust him or fight him. She tickled me how she fought him until she realized that if her brother trusted him, she should too. He was just that type of man who said and did what he thought and all be damned what she or anyone else thought. When he zip-tied her to him on his motorcycle, I thought my Kindle would catch fire. That scene was hawt, along with others, but I won't spoil it for those who have not read the story yet. They kept trying to fight their attraction for each other until they couldn't anymore. And big brothers do what big brothers do when he finds out that his little sister ishas fallen in love with one of the Hell Reapers. But he knows that deep down inside, she will be well cared for.

This was an enjoyable read. I want more of this couple Keta. You have a series in the making here.

Carol D.
5.0 out of 5 stars lots of spice better than nice
Reviewed in the United States on November 4, 2020
Verified Purchase
this LC does not disappoint. Quick hot and straightforward. I absolutely love that there was no coyness or game playing between Israel and Zyana. They were adults who knew what, how, and who they. wanted rapidly and made no apologies for it. They rather instantly saw past the cover to who they were and connected with each other on a soul to soul level. Oh, and a physical level with scorching chemistry and more heat than a Carolina Reaper.
Read more
2 people found this helpful
Helpful
Comment Report abuse

Miss Dragonfly
5.0 out of 5 stars Hot like a Reaper!!!🔥🔥🔥
Reviewed in the United States on November 11, 2020
Verified Purchase
Israel was such a hottie! I really enjoyed the relationship between him and Zyana. When her life was on the line old “Snake Eyes” really came through. I loved his rough alpha male demeanor and his blunt way of talking. There was no need to guess what he was thinking because it was spelled out for you right there. Take it or leave it. I was happy they got luthier HEA. I would have been so upset had things taken a bad turn.
Read more
One person found this helpful
Helpful
Comment Report abuse

PWO
5.0 out of 5 stars Mucho caliente!
Reviewed in the United States on November 16, 2020
Verified Purchase
More, more, more! I wish there were more pages to this story - it's sooo good! I love this series of short multicultural romances. This one is a simmer, slow-burn to an explosion of lust, care and protection. Good plot, action, suspense, close ties with family and "brothers". Laugh out loud funny moments with the dialogue! Richly described interludes that live up the heat promised in the title. Zyana & Isreal - what a pair! She's feisty, he's raw! A hairstylist and a chairman for a motorcyle club - seamingly opposites with so much in common, a connection that grows from him protecting her from her brother's enemies. What a wild ride, loved it! 5 stars
Read more
Helpful
Comment Report abuse

JustReadIt21
5.0 out of 5 stars 🔥🔥🔥🔥🔥 Hot!!
Reviewed in the United States on November 12, 2020
Verified Purchase
Snake Eyes is asked to protect the sister of a longtime friend, the sister he never knew he had. Zyana is on a date when this big and tattoo guy comes for her, so she ran, and Israel gave chase, ending up saving her life. At first Zyana got on my nerves. Her brother gave her the name of the person he was sending to get her and she flipped out because of his appearance. Some of Zyana actions turned Israel on like her sassy. I loved the part when he zip-tied her to him on his bike. I love the way she described ground zero, makes me want to go and visit. Keta I think you should so a series on Hell Reapers.
Read more
Helpful
Comment Report abuse

Nolegirl
4.0 out of 5 stars eXPECTED mORE
Reviewed in the United States on November 10, 2020
Verified Purchase
It was a good book, but it seemed rushed and incomplete. It was missing a lot of the story, she never interacted with any of her co workers. It should have started off with a salon scene leading up her date. Then let Israel come in and rescue her. You never heard about Zyana being kidnapped or the dead bodies outside of the restaurant it was a lot lacking in this story.
Read more
One person found this helpful
Helpful
Comment Report abuse

Kindle Customer
5.0 out of 5 stars Powerful and Explosive
Reviewed in the United States on November 7, 2020
Verified Purchase
This dam book had me tapping my husband on his shoulders! My Lord Keta, girlllll I loved this book! The chemistry, the plot, I need more of this story especially since you have introduced members of Hell's Reapers motorcycle club!!!!! Oh and let's not forget the cousin Severe either!!!!!! Yep this one is definitely a keeper!!!!
Thank you Keta!!!!
Read more
One person found this helpful
Helpful
Comment Report abuse

MzWigglez
5.0 out of 5 stars HEAVENS TO BETSY
Reviewed in the United States on October 27, 2020
Verified Purchase
A BAD ASD BIKER! A FIESTY SISTAH!! I have been waiting for what felt like FOREVER and SWEET BABY JESUS!! This book is sooooo worth it!!! Israel & Zyana!!!! WOOOOOOOLAWD!!!!
In this book i got my FAVORITE genres: INTERRACIAL, BWWM and MC!!!!

Mylene
5.0 out of 5 stars Hot, Hot, HOT!
Reviewed in the United Kingdom on November 10, 2020
Verified Purchase
Zyanna and Israel are thrown together to save her life. Zyanna needs Israel's protection to survive the night. This insta relationship does not start out well. There is an attraction there, they both know it but who will act on it first?
They say action speaks louder than words and when Israel acts no words are needed! Very good read. Love this series.
Read more
Report abuse
See all reviews