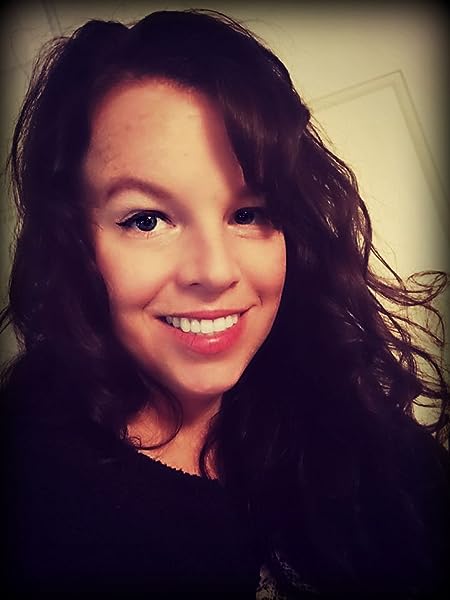 M Jet is a writer of horror and suspense fiction, hailing from a small town in Ohio. She has been an avid reader all her life, loving authors such as Stephen King and Anne Rice since she was far too young to be reading such things! Her more recent reading favorites are Gillian Flynn and Blake Crouch. M Jet's love for the darker side of fiction and the chilling tales of these favorite authors is reflected in her own writings. M Jet does not take responsibility for any nightmares caused by consuming her books. M Jet is a pseudonym used by author and artist, Amanda Gatton, who also writes young adult fiction under her real name. Happy reading! 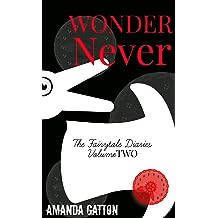 Wonder Never (The Fairytale Diaries Book 2) Aug 31, 2015
by Amanda Gatton
( 8 )
$3.99
Josh Cross has finally escaped his frightening roots in Faraway Washington. Thanks to kind carnies from Carnaval de le Nuit, he has been warmly welcomed into their fold and has blossomed completely from the ugly duckling he once was.

Several months have passed since he obsessed over the rash of murders and disappearances back home. The carnival has traveled around from show to show, touring tirelessly and has collectively decided to spend an entire month set up in Enchantica, Louisiana. Upon arrival, Josh finds himself enthralled with the town, the weather, and the beautiful scenery. At first opportunity, he takes off to explore his new surroundings.

Faraway is the furthest thing from his mind, but the memories come rushing back when he finds himself face to face with someone he knows to be missing and presumed dead from his hometown. She claims her name is Alice, but he knows that she is lying. He can tell she recognizes him too and suspects she is being held against her will.

A small hyperactive man with tufts of white hair demands that Alice come with him, and the pair disappears into a thick swampy forest. Fearing for "Alice's" safety, Josh follows. Deep in the forest, a shocking secret is revealed to Josh; a secret so terrifying he wants nothing more than to convince himself it is all a terrible nightmare.

Anything but a dream, the horror triggered by Josh's discovery is all too real. Just like that, he is once again thrown into darkness in a land as fantastical and fearsome as any Wonderland or Never Never Land ever could be.

Wondernever is part two of the Fairytale Diaries. Part one is No Happily Ever After. Both volumes are free with Kindle Unlimited.
Read more
Other Formats: Paperback 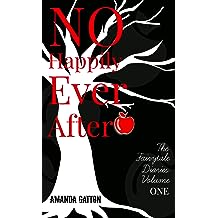 No Happily Ever After (The Fairytale Diaries Book 1) Aug 31, 2015
by Amanda Gatton, M Jet
( 21 )
$3.99
The town of Faraway, Washington is buried under a particularly harsh winter. Teenagers in attendance at Faraway Senior High find themselves restless, bored, and experiencing a myriad of problems ranging from mild to extreme. Cailyn Pure discovers her father involved in an adulterous affair with a wicked woman who is obsessed with apples. Ella Cinder is victimized by her evil foster mother Thelma Dark, and Thelma's ugly twin biological daughters. Aspen Briar finds herself once again on the verge of being uprooted and moved by her parents who are constantly on the run from a mysterious woman from their past. Stella Rampion is ever smothered by parents who consider her their miracle baby; only conceived once her mother consumed a supposed "magical" flower. Her parents are so overprotective; she's never even been allowed to cut her hair. Zoe Locke feels neglected and ignored, so much so that she begins breaking and entering in and around Faraway; just for kicks.

One night, on the cusp of a blizzard, Zoe burglarizes the fairytale like home of the uber wealthy Bar family. What she discovers in their basement sends her into a terrified frenzy, especially when the family unexpectedly returns while she is still inside the home. She breaks her leg while escaping, and is eventually apprehended by Officer Hook. Zoe Locke is sent to juvenile detention and nobody believes her desperate pleas to investigate the Bars. Unfortunately, the oversight on the part of local law enforcement will cost many lives, and the disappearances of numerous Faraway teens. A series of dastardly events is triggered by Zoe's infraction that will bring the town of Faraway to its knees. All involved will learn, there is no happily ever after. 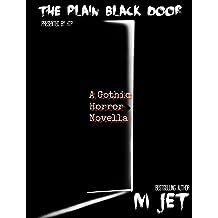 The Plain Black Door: A Modern Gothic Horror Novella Jul 22, 2014
by Amanda Gatton
( 9 )
$0.99
Josephine Grimwald is much like many modern teens, struggling to find a place to belong in the world. However, unlike many teens, she exists as the result of rape, and her mother unfortunately dies in a freak accident. Josephine's quite life is uprooted and she's thrust into the hands of the vile man who violated her mother because there simply is no place else for her to turn.

The Plain Black Door is a modern Gothic horror story with classic twists. Included in this chilling novella the reader can find poems, graphics, and a story of disenfranchised youth and the maddening results of lacking a place in the world to fit in. Enter the dark world of a London private school and follow Josephine on her descent to the depths of hell.

***This novella is new adult oriented, and does contain some profanity and graphic horror scenes.
Read more
Other Formats: Paperback 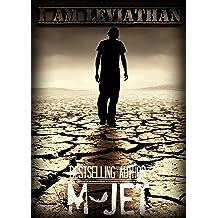 I am Leviathan Jun 20, 2014
by Amanda Gatton
( 4 )
$0.99
Percy Patton innocently dozes off in class one afternoon, only to awaken moments later to find his classroom empty. And appearing to have been empty for quite some time. Then he finds the entire school devoid of any human life, and soon Percy finds out he is all alone. There are no people left. Anywhere. The world is overgrown, crumbling, and vacant. Percy is left wondering what happened and what to do.

In another horrifying novelette from internationally bestselling author, M Jet, you can take Percy Patton's terrifying journey with him. If you dare. I am Leviathan contains an excerpt from one of Jet's other terror novelettes, I Killed Collette. I am Leviathan is young adult/new adult horror with no profanity, no sexual content, but extreme psychological terror. Better not read at bedtime, unless nightmares are your thing.