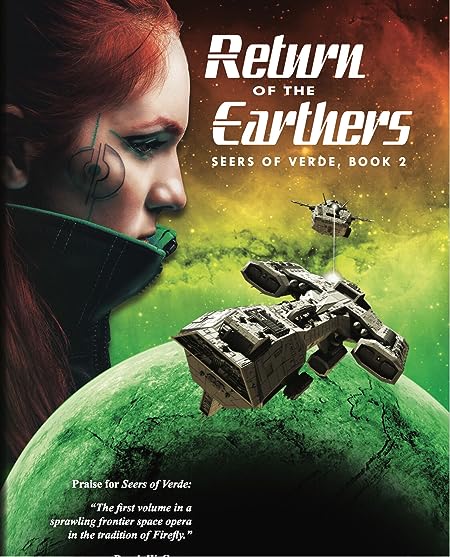 M.L. Williams is an award-winning ex-journalist. He retired after 39 years of battling deadlines to venture into the world of science fiction.

Williams lives in Cedar Rapids, Iowa. He spend his time reading, writing and enjoying his role as Grandpa. His novels include Seers of Verde: The Legend Fulfilled, Book One; Return of the Earthers: Seers of Verde, Book Two; A Most Promising Planet; and a non-fiction collection: Cornfield Chronicles, Featuring Snowball, Pony From Hell. 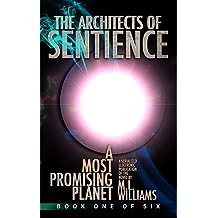 The Architects of Sentience: Book One of A Most Promising Planet Dec 1, 2020
by M.L. Williams
( 5 )
$0.99
What gave our world its first drink of water?
Who inspired that first human to use symbols to write the first words?
Where did the gods of mythology really come from?
Inspired by a Native American creation story, The Architects of Sentience is the first story in the "A Most Promising Planet " ebook series. The series peeks back in time to offer another view of Earth’s beginning and illuminates some of mankind’s most significant moments in history.
The Architects of Sentience follows mysterious entities as they nudge Earth to life, then slowly nurse it along until a sentient race evolves. These free-thinking humans prove to be challenging as the beings of energy endeavor to bring enlightenment to a most troublesome species. 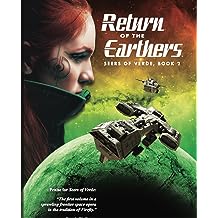 Return of the Earthers: Seers of Verde Book 2 Nov 12, 2016
by M.L. Williams
( 15 )
$2.99
Aron Nels has challenged 19 enemy warriors to death duels. If he fails, the truth of the tragic events at Temple Darya will never be known. The lone surviving Defender of the Nuvens is unaware another force is working against him — the powerful Seers who have kept their people safe from space marauders and the Nuvens for centuries.
——
Willa Sydriker fights to free her world from the yoke of the Tanlians. To do this, the young woman has to convince her people to back a daring plot to hijack the space marauders’ transport ship. If successful, she has to find and convince their former enemy — the “Earthers” — to help their cause.
——
Gerro, captain of the Tarylan Guards, has committed an act of treason against the Seers. The bastard son of an estranged Seer and unknown father must cross the treacherous mountain to find his mother in the Valley of the Heroes, home of the Defenders.
——
Jorn Nandez, a captain in the “Earther” space fleet, dreams of returning to the planet his ancestor helped bioform. No one has been in contact with the former Earth colony world for more than 300 years after it apparently was abandoned. The fearsome Tanlians stand in his way but even they avoid the mysterious “ghost world.” 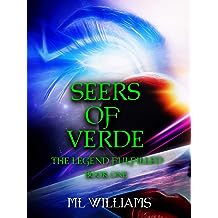 Seers of Verde: The Legend Fulfilled Mar 3, 2016
by M.L. Williams
( 54 )
$0.99
Marauders from a renegade planet attack an Earth colony ship forcing landing parties to split into two groups in a desperate attempt to escape. The attackers are killed, but the colonists pay a terrible price. Their vessels are destroyed stranding them without their technology on either side of an imposing mountain range on the planet Verde Grande.

Descendants of a mysterious Seer now protect their people but become the bane of the hunter society on the other side of the mountain. All attempts to scale the mountain are thwarted for two centuries by the powerful Seers who want to preserve their religion and way of life no matter the cost.

One day, a party of hunters sets out to climb the mountain. To their dismay, the Seers cannot control a strange unreachable young woman who finds the passage to their protected valley. The reunion triggers a decades-long conflict between the Seers and the children of the “lost ones”—a struggle that forever changes the people of Verde Grande.
Read more
Other Formats: Paperback 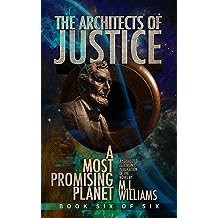 The Architects of Justice: Book Six of A Most Promising Planet May 11, 2021
by M.L. Williams, Blair Gauntt
$0.99
The clouds of war once more threaten the new nation the mysterious entities of light have nourished. The entities must find outstanding specimens among the human race to guide their fellow sentients back to peace. An unlikely duo -- a gangly lawyer from Illinois and a diminutive woman author -- arise as voices of reason and leadership. As the war rages, two farmer brothers from Illinois try to navigate between their duty to country and duty to their responsibilities back home. This story is the final episode of the Ebook series based from the novel, A Most Promising Planet.
Read more 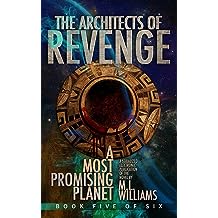 The Architects of Revenge: Book Five of A Most Promising Planet Apr 26, 2021
by M.L. Williams, Blair Gauntt
$0.99
The book five story in the series of A Most Promising Planet was the inspiration for the novel. The mysterious beings of light step in to inspire the Pueblo people of the American Southwest to rebel against the invading Spanish. The Spanish have enslaved, tortured and tried to destroy the culture of the native people. An unlikely hero arises among the Pueblo people to lead them in what is called the first American revolution in 1680. A huge task awaits the hero, who has to unite the people of the land who speak different languages, and some who have been warring with each other for generations. In a twist of irony, it is the Spanish who provide the key ingredient to the uprising.
Read more 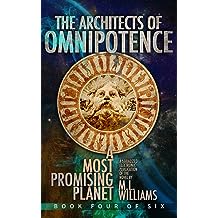 The Architects of Omnipotence: Book Four of A Most Promising Planet Mar 14, 2021
by M.L. Williams, Blair Gauntt
$0.99
Where did the gods of mythology really come from? The sky? If so, who brought them and what were their motives?
Who inspired one man of the Tewa Pueblo in New Mexico to orchestrate the first American revolution in 1680, when the native people of the Southwest United States drove the Spanish back across the Rio Grande.
Was it an accident that two seemingly ordinary people — President Abraham Lincoln and Harriet Beecher Stowe, author of Uncle Tom’s Cabin — were integral characters during the Civil War?
Inspired by a Native American creation story, the Ebook series of "A Most Promising Planet" peeks back in time to offer another view of Earth’s beginning and illuminates some of mankind’s most significant moments in history.
The story follows mysterious entities as they nudge Earth to life, then slowly nurse it along until a sentient race evolves. These free-thinking humans prove to be challenging as the beings of energy endeavor to bring enlightenment to a most troublesome species. 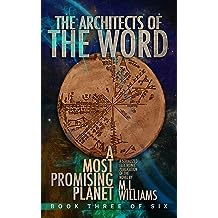 The Architects of the Word: Book Three of A Most Promising Planet Feb 15, 2021
by M.L. Williams
$0.99
Who inspired that first human to use symbols to write the first words? The Architects of the Word follows the mysterious entities of energy, introduced in The Architects of Sentience, as they inspire the spark of culture in humankind.
The ancient Sumerians of the Middle East are credited with being the first culture to use symbols to form words on clay tablets. The Sumerians influenced the Babylonians and later Egyptians. During a dig at the ruins of ancient temple, a mysterious clay tablet was found that apparently made no sense when it was transcribed. One archeologist finally noticed some odd marks at the bottom of the tablet. When he used those seemingly innocuous symbols to read the tablet, they revealed possibly the world’s first political satire — “The Great Fatted Bull” — about a cruel king who eventually gets his comeuppance. This Ebook tells the story of two brothers -- one, The Great Fatted Bull -- who struggle for control of one of Sumeria's ancient kingdoms. Their stories were recorded for posterity by the keepers of knowledge -- the lowly scribes.
Read more 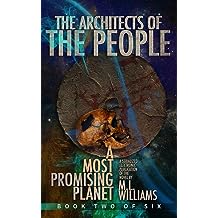 The Architects of the People: Book Two of A Most Promising Planet Jan 13, 2021
by M.L. Williams
$0.99
The author always has been fascinated by what actually happened when Neanderthals (the light skins in the story) and Homo Sapiens (us, the dark skins) met for the first time.
This Ebook looks at the reaction of two distinct groups of humans when they come face to face for the first time and the strife that ensues when survival of both groups is challenged.
The extinction of Neanderthals after being exposed to Homo Sapiens suggests they were subjected to violence or disease on a fairly quick, massive scale. However, there must have been cooperation or possibly coercion between the two groups.
In a Feb. 4, 2020, article for smithsonianmag.com, Katherine J. Wu wrote: “New research published last week in “Cell” … (found) People with African ancestry actually have close to 0.5 percent Neanderthal DNA in their genome. (It also) found that Neanderthal DNA makes up roughly 1.7 and 1.8 percent of the European and Asian genomes, respectively.” So, Neanderthals still live — in us. They are our distant ancestors.