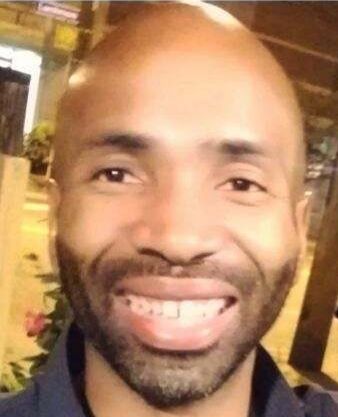 Born in Cleveland, Ohio, M.D. Alexander (a.k.a. Mr. Encyclopedia) has had an adventurous life with careers ranging from the music industry as a composer, writer, and producer to a certified personal trainer and health and wellness coach. He also experienced being raised in a single mother household, surviving the streets (including gangbanging and drug dealing), inheriting six figures by the age of 19 years, and being incarcerated in federal prison for organizing unarmed bank robberies.

M.D. Alexander has been an avid reader and researcher of history, spirituality, and business since he was 12 years old (30+ years), studying from great minds such as John Henrik Clarke, Anthony Browder, Ivan Van Sertima, Bruce Lee, Malcolm X, Robert Kiyosaki, and many more. He uses his life experiences to bring his work to life and coach individuals looking for guidance through the maze of life - "I write, produce, and publish diverse forms of #media (books, videos, and podcasts) because I believe that I am obligated to share the knowledge, wisdom, and understanding that I acquire with others (especially the youth) seeking to expand their awareness of life for success." 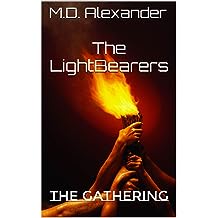 The LightBearers: The Gathering (Volume 3) Oct 20, 2016
by M.D. Alexander
$2.99
The third installment of the controversial "The LightBearers" series, the Millennial LightBearers are gathered and set into action.
If Vol. 1 was "The Da Vinci Code" meets "The Matrix" and "Black Panther", with Vol. 2 being an urban surprise, part 3 is ALL of the above plus more...

In this historical fiction work by rising literary star, M.D. Alexander, the main character, Kaizen, seeks to discover the deepest secrets of the greedy hands that rule the world that other books and movies were afraid to uncover.

The leader of the Millennial LightBearers, Kaizen, and his brother, Dushanti, set out on a college tour to recruit new members, while being followed by a clandestine group who have infiltrated various levels of the government. Just when it seems that all will have a chance at redemption, a surprising turn of events sets in motion the future of the world as we know it.
Read more
Other Formats: Paperback 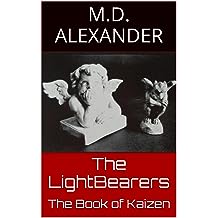 The LightBearers: The Book of Kaizen (Volume 2) Oct 2, 2016
by M.D. Alexander
$3.99
Another installment of the controversial "The LightBearers" series, the story unfolds with an indepth look at the leader of the Millennial LightBearers.

In this historical fiction work by rising literary star, M.D. Alexander, the main character, Kaizen, seeks to discover the deepest secrets of the greedy hands that rule the world while experiencing dozens of trials and tribulations in the urban streets of Cleveland, Ohio.

The experiences and knowledge that Kaizen receives shape him into a fearless leader of humanity. Learn about what it took to produce the man who started a movement for freedom.
Read more
Other Formats: Paperback 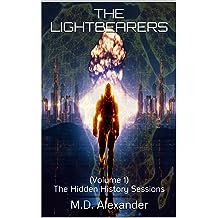 The LightBearers: (Volume 1) The Hidden History Sessions Oct 24, 2011
by M.D. Alexander
( 4 )
$2.99
"The Da Vinci Code" meets "Black Panther" and "The Matrix", yet they were only poking at the tip of a HUGE iceberg of society that was formed on deception and manipulation.

This is a story of hidden history coming to a head. Old rivalries - millennia past - are revealed, and an inevitable confrontation between them finally explodes.

What if what you knew about history, everything from language, religion, government, and more, were complete illusions?

In this historical science fiction work by rising literary star, M.D. Alexander, the main character, Kaizen, seeks to finally reveal the deepest secrets of the greedy hands that rule the world that other books and movies were afraid to uncover.

The information in this intense story is so bizarre that most of the masses will think that Kaizen is crazy while government and religious leaders conspire to bring about his demise before everyone is awakened.
Read more
Other Formats: Paperback