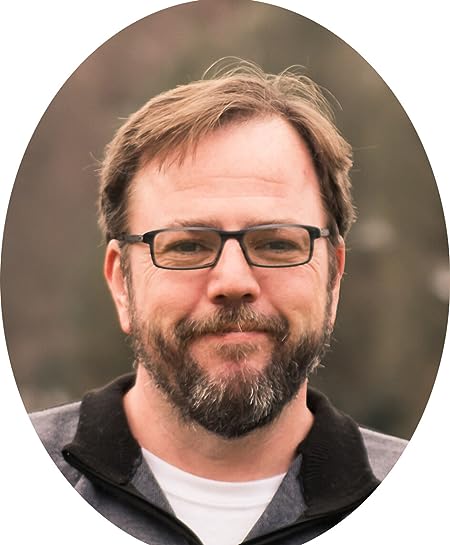 M.S. Miller is an explorer, discovering interesting aspects of the human condition through his writing. His years as a journalist covering crime left him with an innate curiosity about what drives human behavior. He hasn’t found many answers to life’s great questions yet, so he vows to keep writing until he does.

He maintains a curious and illogical devotion to the dying art of the short story, and has several short pieces available for sale on Amazon.com. He is not a best-selling author yet, but will settle for just being an author for the time being. 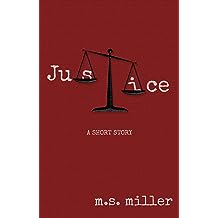 Justice Dec 2, 2017
by M.S. Miller
$0.99
Alone with the man who brutally murdered his six-year-old son, one man has the power to decide what punishment the killer should receive. Consumed by his grief, he has dreamed of the moment when he could mete out the justice he feels the man deserves.

Will taking revenge rid him of the guilt and grief he feels over the loss of his son? Can society accept the father of a murder victim taking the law into his own hands?

Justice tells the story of Julian Harper, a young father consumed by grief after his son is kidnapped, raped and murdered. Haunted by the memories of that day, he vows vengeance if he is ever given the chance. Though sentenced to death, the murderer sits on death row with little chance of ever being executed. As long as the killer remains in prison, alive, Harper cannot bear to remember anything about his son without remembering how the boy met his end.

With the help of someone sympathetic to his desire to exact revenge, Harper frees the man from police custody and finds himself alone in an abandoned house with the killer. But what punishment fits the killer's crime? Can killing his son's murderer help him heal? 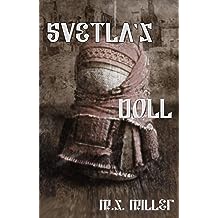 Svetla's Doll Mar 17, 2020
by M.S. Miller
( 1 )
$1.49
The city of Leningrad has but cut off from the outside world. As the conditions in the city worsen during the winter of 1941-42, many face starvation as the food supply runs out. But there is one way out of the city, across a frozen lake. Unable to provide for her family, a mother must make a desperate decision to keep hope alive.
Read more 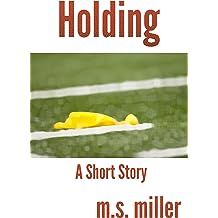 Holding Jan 9, 2019
by M.S. Miller
$0.99
A holding penalty costs a team a touchdown - and the game. Ray Barnes reacts violently and finds his world falling apart as a result. Single mother Kayla Robbins finds herself a winner by sheer luck and manages to seize an opportunity, while gambling addict Noah Lockhard wins big, but in a way he couldn't possibly have imagined.
Read more 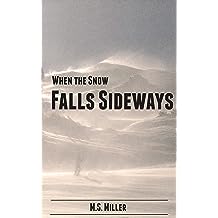 When the Snow Falls Sideways Dec 12, 2018
by M.S. Miller
$0.99
A man discovers gold in the mountains of Oregon while leading emigrants through the wilderness. He abandons his work as a guide to strike it rich, but will he make it out of the mountains alive?
Read more 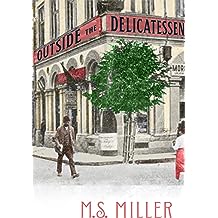 Outside the Delicatessen Nov 9, 2018
by M.S. Miller
( 2 )
$1.49
It is a warm sunny Sunday morning on June 28, 1914. The streets of Sarajevo are lined with onlookers as Archduke Franz Ferdinand is due to greet the crowd. A Bosnian Serb is dragged to the procession by his young son, Pejo, who is enthralled by the royal and hopes to catch a glimpse. At first, the pair are disappointed, as the car speeds by where they are standing, having narrowly avoided a bomb blast.
They adjourn to a nearby delicatessen for a bite to eat and have just walked outside when the Archduke's car comes to stop right outside the Moritz Schiller's deli. What happens next will change the course of human history.
Read more 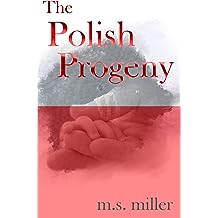 The Polish Progeny Jun 19, 2018
by M.S. Miller
( 1 )
$0.99
Among the papers of her recently deceased father, Ursula finds a letter addressed to a woman she's never heard of before.

Inside, she finds the words of her father, pouring out a dark secret that promises to change her life and the lives of those around her. Her father kept the secret hidden away for more than 70 years, her entire life. In the end, she wonders whether the secret should die with her, or if others need to know.

The Polish Progeny explores the motivations of people in keeping the truth from those that they love or whether it is better for some secrets to remain completely hidden.
Read more 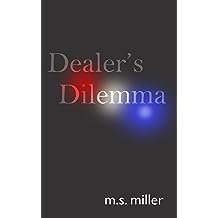 Dealer's Dilemma Apr 16, 2018
by M.S. Miller
$0.99
Can someone who society considers vile and reprehensible be capable of compassion or even trusted to make the right choice? Derek Hough is faced with the choice of letting someone die in the hopes that he can save his own neck, or getting one of his junkies help after she overdoses. Is the right choice still honorable if it is made for the wrong reasons?
Read more 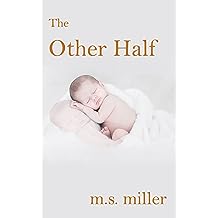 The Other Half Apr 9, 2018
by M.S. Miller
( 1 )
$0.99
A tragedy has broken a family. How hard is it to let go of a loved one in order to heal? The Other Half offers a unique perspective on a difficult choice made by the mother and father of the family. Both grieve differently and drift apart, but healing can sometimes come from an unlikely source.
Read more 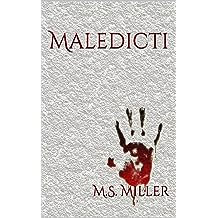 Maledicti Mar 28, 2018
by M.S. Miller
( 3 )
$0.99
A young woman hiking along a mountain path in Switzerland encounters a mysterious figure, a man whose hands are covered in blood. He is filled with sorrow and remorse, leaving her to wonder whether he has committed an unspeakable act or simply discovered it.
Read more 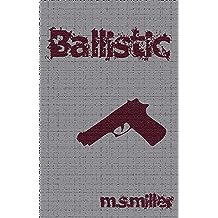 Ballistic Jan 15, 2018
by M.S. Miller
$0.99
The impact of a bullet can alter a life forever. Ballistic follows the path of nine bullets fired from the gun of would-be mass shooter, telling the story of the people and objects that they strike. The shooting will tear apart the little town of Riverside in ways people couldn't possibly imagine.
Read more 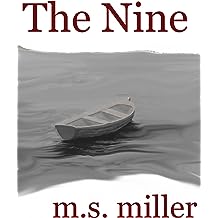 The Nine Dec 13, 2017
by M.S. Miller
( 3 )
$0.99
Cast adrift by a mutinous crew, nine men must brave the icy water in an open boat and minimal supplies. The captain and his remaining loyal crewmen must decide whether to try to journey thousands of miles in an open boat to return home, or go ashore to a harsh and forbidding landscape to try to survive, in the hopes that the very men who betrayed them will reach home and tell someone of their fate. With almost no food or water, can the men survive long enough for someone to rescue them?
Read more
Other Formats: Paperback