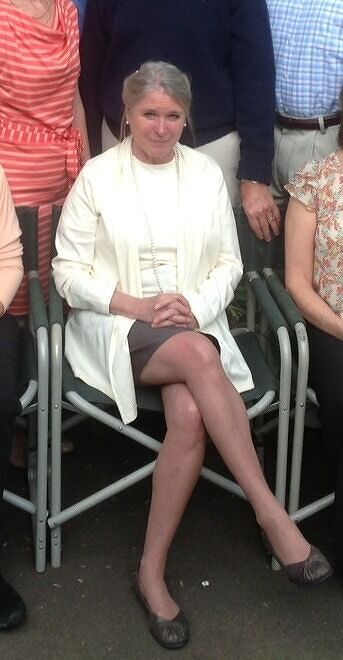 Although M. S. Spencer has lived or traveled on five of the seven continents, much of her life was spent in Washington, D.C. as a librarian, Congressional staff assistant, speechwriter, editor, non-profit director and parent. After many years in academia (attending Vassar, Princeton, American University in Cairo, Harvard, and University of Chicago), she worked for the U.S. Senate, the U.S. Department of the Interior, in several library systems, both public and academic, and at the Torpedo Factory Art Center. She holds a BA from Vassar College, a Diploma in Arabic Studies from the American University in Cairo, and Masters in Anthropology and in Library Science from the University of Chicago. She divides her time between Maine and Florida. All of this tends to insinuate itself into her works.

You can find out more information about her and her work at the following places: 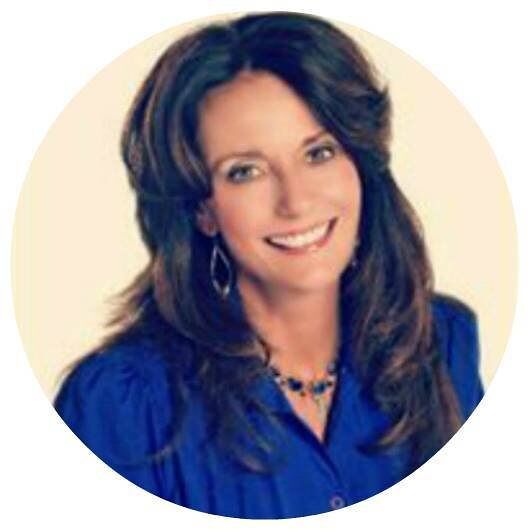 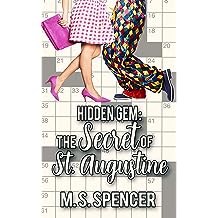 Barnaby is in St. Augustine, Florida, to teach a college seminar, and plans to use The Secret—a treasure hunt book—as a framework for his class. He enlists Philo Brice, owner of an antique map store, to aid him in seeking clues in the historic sites of the ancient city.

Together they face murderers, thieves, thugs, and fanatics, heightening their already strong attraction to each other. Can they solve the puzzle and unearth the treasure before the villains do? Philo and Barnaby pursue several twisting paths and false leads before arriving at a startling conclusion. 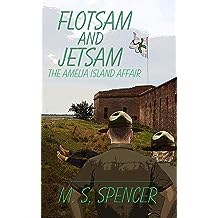 Simon Ribault and Ellie Ironstone are used to dealing with messy campers and ravaging raccoons, but when three bodies wash up on the beach, the two State Park Rangers must mobilize all their powers of deduction. Who are they and how did they get to the shore of Amelia Island? Are they connected to the secretive League of the Green Cross? Or linked to a mysterious Jamaican drug ring?

Ellie, new to Amelia Island, must penetrate a close-knit community if she wants to find answers to the mystery, all while deciding between two rivals for her affection: Thad, the handsome local idol, and Simon, the clever, quirky bookworm.

Simon, for his part, will have to call on his not-so-well-honed romantic prowess to lure Ellie away from Thad and at the same time use his wide-ranging research skills to solve the case.
Read more
Other Formats: Paperback 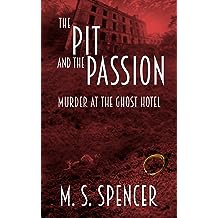 The Pit and the Passion: Murder at the Ghost Hotel Jan 22, 2018
by M. S. Spencer
( 3 )
$5.99
At midnight, in the darkness of a deserted hotel, comes a scream and a splash. Eighty-five years later, workmen uncover a skeleton in an old elevator shaft. Who is it, and how did it get there? To find out, Charity Snow, ace reporter for the Longboat Key Planet, teams up with Rancor Bass, best-selling author. A college ring they find at the dig site may prove to be their best clue.

Although his arrogance nearly exceeds his talent, Charity soon discovers a warm heart beating under Rancor’s handsome exterior. While dealing with a drop-dead gorgeous editor who may or may not be a villain, a publisher with a dark secret, and an irascible forensic specialist, Charity and Rancor unearth an unexpected link to the most famous circus family in the world. 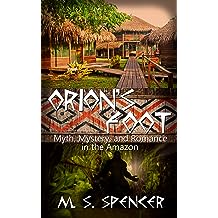 Orion's Foot: Myth, Mystery, and Romance in the Amazon Oct 30, 2019
by M. S. Spencer
( 13 )
$5.99
Petra Steele is wallowing in self-pity after being dumped at the altar, when her brother Nick invites her to come to the Peruvian Amazon. Before she even sets her suitcase down, she's confronted with a murder victim. In a research station peopled with a quirky assortment of scientists, she is drawn to Emory Andrews, a big, gruff man with a secret past. That is, until his beautiful ex-wife shows up. More murders, more secrets, more mysteries ensue, all in the deeply romantic, sizzling jungle. 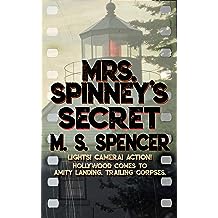 Mrs. Spinney's Secret Jan 20, 2021
by M. S. Spencer
( 13 )
$5.99
What do you do when Hollywood takes over your tiny Maine village to make a movie? Cassidy Beauvoir, chair of the board of overseers of Amity Landing, is ready to throw the bums out; that is, until she meets Jasper MacEwan, the director of American Waterloo: the Rout of the Penobscot Expedition. It's instant attraction until a series of deadly incidents threatens their budding romance. Are the attacks directed at the movie crew or the townspeople?

As the two search for answers, the trail leads them to long-held secrets of the worst naval defeat of the American Revolution—including betrayal, murder, and a lost hoard of English gold.
Read more
Other Formats: Paperback 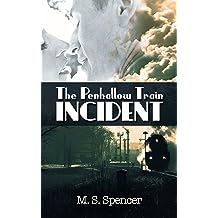 The Penhallow Train Incident Mar 30, 2016
by M. S. Spencer
( 18 )
$4.99
In the sleepy coastal Maine town of Penhallow, a stranger dies on a train, drawing Historical Society Director, Rachel Tinker, and curmudgeonly retired professor, Griffin Tate, into a spider’s web of archaeological obsession and greed. With the help of the victim’s rival, they set out to locate the Queen of Sheba’s tomb. Their plans are stymied when a tug of war erupts between the sheriff and a state police detective who want to arrest the same man for different crimes. It’s up to Rachel to solve a mystery that includes two more murders, if she wants to unlock the soft heart that beats under Griffin’s hard crust.
Read more
Other Formats: Audible Audiobook , Paperback 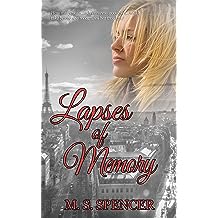 Lapses of Memory Mar 15, 2017
by M. S. Spencer
( 9 )
$4.99
Sydney Bellek first meets Elian Davies in the 1950s on a Boeing 377 Stratocruiser when she is five and he is seven. They run into each other every few years after that, but while he knows from the start that she is his true love, she does not. Later, as rival journalists, they vie for scoops on international crises from the Iranian revolution to the Lebanese civil war. The handsome and intrepid Elian beats her out at every turn, even while keeping his love for her secret.

Only after years of separation does she finally realize they are meant to be together, but this time, in a twist of fate, it is Elian whose memory of her is gone. Will he remember her before she loses heart or will their new love be enough to replace the old one?
Read more
Other Formats: Audible Audiobook , Paperback 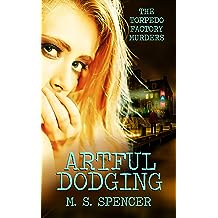 Artful Dodging: The Torpedo Factory Murders Jul 20, 2016
by M. S. Spencer
( 6 )
$4.99
Milo Everhart is waiting out the rain in a pub when she is captivated by the handsome man next to her. Blocking the road to romance are two mysterious corpses who turn up in the tower of her Torpedo Factory Art Center. As if that weren't enough, a second crisis erupts—a proposal to gut her beloved art center.

Tristram Brodie, hard-driving lawyer and former Marine, is focused on his plan to convert the Torpedo Factory into a box store. He is drawn to the beautiful Milo, but their mutual attraction will be frustrated by both the murders and his intentions. As they edge closer to love, they must find a way to overcome not only their differences but also the still-fresh memory of her late husband. 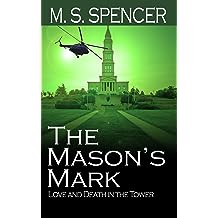 The Mason's Mark: Love and Death in the Tower May 5, 2016
by M. S. Spencer
( 7 )
$4.99
In both the best and worst first day at work ever, docent Claire Wilding meets the man of her dreams, but her carefully rehearsed guided tour of the George Washington National Masonic Memorial collapses when she discovers a body and is drawn into a dark world of black ops and Italian renegade masons, of secret cabals and hidden treasure.

Also cloaked in mystery is handsome Gideon Bliss, a George Washington expert who haunts the Memorial, his manner evasive. What is his secret? Claire fears she'll fall in love with him only to learn he's a thief or even a murderer. Juggling two eccentric mothers, an inquisitive sister, and an increasingly smitten detective, Claire must find answers to a complex web of intrigue, including who to trust and who to love.
Read more
Other Formats: Paperback 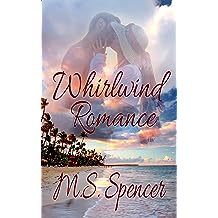 Whirlwind Romance Aug 17, 2016
by M. S. Spencer
( 2 )
$5.99
In the aftermath of a hurricane, Lacey Delahaye finds herself marooned on an island on the Gulf coast of Florida with a mysterious man. They are immediately drawn to each other, but before Armand can confess his identity, they are kidnapped and taken to a tiny island in the western Caribbean. With the help of her son Crispin and a cadre of loyal followers, she and Armand must face down pirates, power-mad ideologues, and palace intrigue, if they are to restore the once idyllic tropical island to its former serenity.
Read more
Other Formats: Paperback