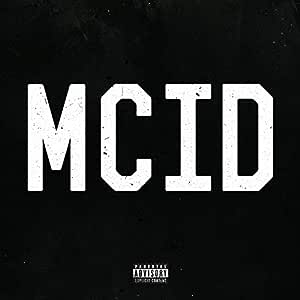 4.3 out of 5 stars
4.3 out of 5
153 customer ratings
How does Amazon calculate star ratings?
Amazon calculates a product’s star ratings based on a machine learned model instead of a raw data average. The model takes into account factors including the age of a rating, whether the ratings are from verified purchasers, and factors that establish reviewer trustworthiness.
Top Reviews

Amazon Customer
2.0 out of 5 stars Definitely a left turn
Reviewed in the United States on November 1, 2019
Verified Purchase
Man was this a let down. I get experimenting but what's the sense in having the Terrible Jonny project if Highly Suspect is gonna be 60-70% the same pop, hip hop stuff. Not only is this a 180 I'm genre but its poorly produced and written. Some songs have an over abundance of club bass that the lyrics can't be heard clearly through my Sennheiser M2.0s so I know it's not a hardware issue on my part. Let this first review be a warning for those seeking that typical bluesy, grungy, gutsy, and rock style of previous albums. Only about 4 songs are in that realm and done so poorly. Wish I could get refunded for thos download. The Chocolate starfish of 2019.
Read more
12 people found this helpful
Helpful
Comment Report abuse

S. Cutruzzula
1.0 out of 5 stars Maybe next time...
Reviewed in the United States on November 4, 2019
Verified Purchase
Not a fan of MCID, different is an understatement. Guitar and drums replace with synthesizer. Better luck next album, hope the next try is as good as your previous two albums. Saw them in concert and loved them, glad they mainly played their old stuff.
Read more
8 people found this helpful
Helpful
Comment Report abuse

S. Rough
2.0 out of 5 stars Highly Disappointed
Reviewed in the United States on November 4, 2019
Verified Purchase
After 3 spins through the album, I am at a loss.
It's not that it is terrible, it is just very different from what I was expecting, and far from what I was looking forward too. By far the most disappointing album release by them, including the 2011 stuff.
Not sure if this will get enough play to "grow" on me. I almost feel deceived, they definitely released to strongest tracks prior to the release to suck us in. Like Terrible Johnny says if we alienate some fans that's a good thing...?
It's their band and this was by design.

Christian Voegler
4.0 out of 5 stars Not like the previous album but that's OK
Reviewed in the United States on January 3, 2020
Verified Purchase
A lot of reviews have bashed this album for being too "un-rock", but that's unfair. Maybe it's because I don't have a problem with hip hop or electronic music or artists branching out. I have never really seen Highly Suspect as some sort of saviors of rock, to be honest. When I first heard "Hello My Name is Human", what came to my mind was more a harder version of Imagine Dragons than some group of grunge revivalists like The Boy Died Wolf implied.

Perhaps this is a temporary departure. Or many it's the direction they want to go in the future. Either way, I enjoyed this album and I believe anyone else who goes in with an open mind will as well.

Armaghetto
3.0 out of 5 stars Very different Direction
Reviewed in the United States on November 3, 2019
Verified Purchase
16 was my personal favorite. The Rap direction was a surprise but I think it would have worked better mixed with the high energy vocals found in Human. Unfortunately, there are no Humans or Lydias on this one.
Read more
3 people found this helpful
Helpful
Comment Report abuse

Goose27
2.0 out of 5 stars 75% Garbage
Reviewed in the United States on December 19, 2019
Verified Purchase
My most anticipated rock album of the year..
Biggest let down of the decade! Maybe 5 songs worth buying, 'Arizona' being the best (by Rich). Johnny needs to nix this sh*t popstar/rapper image ASAP!

mike borthwick
5.0 out of 5 stars Ignore the Bad Reviews; Get MCID!
Reviewed in the United States on July 26, 2020
Verified Purchase
When I first set out to get the latest Highly Suspect release, I made a stupid mistake........ I read the current reviews and without hearing samples off the CD, I took it off my shopping list. Don't listen to these armchair critics! This release shows the band experimenting and progressing (as a young band should be), collaborating with other young artists. Are there rap songs on the album? Yes, a couple not a whole album as one "hater" implied. We have a metal influenced song in "SOS" (featuring Gojira),an '80s New wave influenced song in "Fly", 3 instrumental pieces in "Tetsou's Bike", "Juzo" and "Nairobi" and 4 signature Highly Suspect songs in "16", "Canals", Upper Drugs" and These Days" I could go on by I choose not too. This should give you enough to realize MCID is worth checking out. Also, if we ever get through this pandemic, you'll definitely want to catch Highly Suspect live as they are amazing in concert.I saw them on there first tour at The Cotillion in Wichita, KS.
Read more
Helpful
Comment Report abuse

Ben
2.0 out of 5 stars The band is trying to do rap music now
Reviewed in the United States on November 8, 2019
Verified Purchase
They are trying to be rappers now. There is a couple decent songs but they're not really what I was expecting after their first few CDs.
Read more
2 people found this helpful
Helpful
Comment Report abuse
See all reviews from the United States

2pie2mash
5.0 out of 5 stars If your not MCID then your highly suspect
Reviewed in the United Kingdom on April 17, 2020
Verified Purchase
Class diverse album from an awesome band.
Read more
Helpful
Sending feedback...
Thank you for your feedback.
Sorry, we failed to record your vote. Please try again
Report abuse