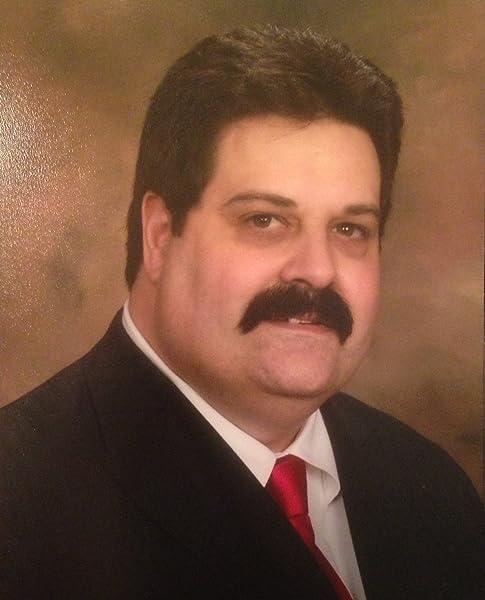 The MLJ Companion: The Complete History of the Archie Super-Heroes Paperback – Illustrated, September 27, 2016

Daniel J. Mooney
5.0 out of 5 stars A Great History of Some Old Comic Titles
Reviewed in the United States on December 16, 2019
Verified Purchase
MLJ, now known as Archie comics, began like many of the old time companies, in a panic to toss out superheroes and collect all the sweet cash being thrown at them by kids in the 1940s. It wasn’t until several years in that their star, Archie, would emerge from the back pages of Pep comics to dominate the company up until the current day.

But during that time, and in their brief revival in the 1960s, the MLJ comics made their mark. Granted a lot of their names are not those of household superheroes. There will be no cinematic universe enshrining their noble deeds in celluloid (I know films don’t use celluloid anymore, but it sounds more poetic). You might never have heard of The Shield, The Black Hood, Steel Sterling, The Fly, The Comet, The Wizard and Roy the Superboy, Madam Satan, or The Mighty Crusaders. They may all sound like rips-offs to you. And well… you’d be right and you’d be wrong at the same time.

What the MLJ superheroes (or ultra-heroes, as they called themselves in the 60s), had was influence. A lot of firsts, a lot of similarities in hero origins, a lot of new writers and artists emerged from this company. The first patriotic themed superhero was The Shield, coming out 8 months before Captain America. Fear of litigation from MLJ also changed a singular aspect of Captain America’s outfit. For those who remember, the Captain’s original shield was more in line of a medieval one, but it also looked exactly like the front part of The Shield’s costume. A change was ordered and the more functional round shield was drawn in. Two characters had taglines later co-opted by DC comics: Steel Sterling was “The Man of Steel”; The Black Hood was called the “Dark Knight of Justice.” The Fly, developed by the classic team of Kirby and Simon had a striking resemblance to Spiderman’s origins and dealt with the problems of a teenager turned superhero. It is also interesting to note that The Fly debuted fourteen months before Spidey (Kirby had always claimed that the initial idea for the webslinger was his). The Comet, an extremely violent hero, was the first superhero ever killed off in comics in Pep #21.

There have been several periods of incarnation (or attempted incarnation) for the MLJ line up. The first being in the golden age, where the superhero craze came and went. Next was the 60s, when superheros (apart from the big three Superman, Batman, and Wonder Woman who’ve never gone away) came back into fashion. Then further attempts to revive them in the 80s with Spectrum imprint, 90s with Impact imprint, and 2000s with Dark Circle Comics (getting grim and gritty). After the second wave, all of the others have been relatively short lived. All in all the MLJ heroes have had seven incarnations in the eighty years since their conception, each lasting shorter than the one previous.
Read more
3 people found this helpful
Helpful
Comment Report abuse

Joseph Sewell
5.0 out of 5 stars Excellent reference for early but little-known heroes
Reviewed in the United States on December 17, 2018
Verified Purchase
Did you know that there was a patriotic comic book hero that predated Captain America? Did you know that this hero is the reason Timely Comics chose to switch from his triangular flag-oriented shield to the now-iconic discus shield? That hero is, aptly enough, The Shield, and Rik Offenberger covers him and his pals quite well in this reference book, which includes a few public-domain stories of some of the heroes that started in what we now know as Archie Comics. The majority of the book is great reference material and interviews with some of the surviving writers and artists behind the creation and continuation of the Mighty Crusaders.
Read more
One person found this helpful
Helpful
Comment Report abuse

Amazon Customer
4.0 out of 5 stars the book was good the deliver was late
Reviewed in the United States on January 30, 2018
Verified Purchase
it was everything i expected , the only problem was the delivery was about a week late from i it said it would be delivered
Read more
One person found this helpful
Helpful
Comment Report abuse

Uncle Mickey
5.0 out of 5 stars The classic characters of MLJ in their numerous incarnations
Reviewed in the United States on August 9, 2017
Verified Purchase
If nothing else, this impressively in-depth compendium proves the resilience of the MLJ/Archie Comics characters. Reprints of the 1940s comics are the real prize here, with stories featuring the Black Hood, Steel Sterling, the Shield & Dusty, the Web and the Hangman (in his big debut, bringing justice to the men who murdered his superhero brother, the Comet) making it a collectors' item, Those hoping for a detailed analysis/history of the remarkable number of revivals from World War II to the present day will not be disappointed, either. It's a big, thick book that has all the details chronicling the many incarnations of the heroes who banded together to form the popular super-team called the Mighty Crusaders. Pages from Joe Simon and Jack Kirby's Kirby's first issues of "The Fly" and their take on The Shield, "The Double Life of Private Strong," from 1959 are presented as examples of what would become the Mighty Comics line, even though they occurred in the pre-Red Circle/Blue Ribbon/Archie Adventure Comics time frame, In fact, the only missing connection between the '40s and the '50s/'60s eras is a mention of the dramatic impact Jack Kirby had on Irv Novick when they both worked together on "Shield Wizard" #7. Suddenly, Novick (who went on to be one of the better Batman artists) was panel-busting in the style of Kirby and his successors on Captain America , Al Avison and Syd Shores. The late '50s/early '60s
Simon & Kirby comics for Archie Publications — The Fly and the Shield — were better than many DC titles of the time, while the mid-'60s titles helmed by Superman co-creator Jerry Siegel presented an approach to storytelling that seemed as if it was lifted from the "Batman" TV series. These wacky books have their partisans and, while I'm not one of them, there is something about the "Too Many Superheroes" issue of The Mighty Crusaders that makes it a one-of-a-kind hoot. DC had the characters for two runs, under the Impact logo in 1991 and the Red Circle imprint in 2009, although the latter consisted of a few titles scripted by J. Michael Straczynski, with only the Shield comics, continued by Eric Trautmann, reaching a tenth issue. Reprints of the '40s comics, now in public domain, have made the dream of owning these rare comics a low-cost reality. Yes, they retain the flaws of the originals (occasionally poor color registration, for example), but I never thought I'd own a complete collection of Bob Fugi's run on "The Hangman" or Novick's best work on the Shield (Shield-Wizard #7-12, for example, including "King" Kirby's guest-art issue of Shield-Wizard #7. It must be said that no one brought more class to the line than Rich Buckler and his crew, whose Blue Ribbon/Red Circle/Archie Adventure Comics run was the most consistent in quality. For example, Steve Ditko was drawing "The Fly" in ‘82-‘84 "The Fox" was by Alex Toth and the Black Hood with the great work of Gray Morrow. Otherwise, one can only wonder what might have been if Straczynski's interpretations of the MLJ characters had lasted, but, as all too often happened, they were here and then they were gone. Once again for an all-too-short time, we had the excellent crime thriller-oriented "Black Hood" and Dean Haspiel's quirky take on "The Fox" from Dark Circle Comics. More importantly, we have the MLJ Companion, a remarkable work composed of comprehensive reference material.
Read more
One person found this helpful
Helpful
Comment Report abuse

Brett Marbain
5.0 out of 5 stars Must have for super hero fans
Reviewed in the United States on March 24, 2020
Verified Purchase
If you love superheroes, you'll want this book in your collection. The history of the Archie heroes is fascinating, plus some golden age reprints. Highly recommended.
Read more
Helpful
Comment Report abuse

Charles
5.0 out of 5 stars Everything you ever wanted to know about Archie's superheroes
Reviewed in the United Kingdom on June 5, 2020
Verified Purchase
If you know about American superheroes, you'll have heard _of_ the Shield, the Web, Fly Man and their chums, but may have never read them or know much beyond 'they exist'. The MLJ Companion goes into _extensive_ detail - how the characters were made, who did them, how they handled (or didn't) change in tastes, how revamps worked or did not, and what people thought of the comics. And some parts like the fact Will Smith was interested in a Fly Man movie, I'd never heard of until reading this!

clarkkent
5.0 out of 5 stars Five Stars
Reviewed in the United Kingdom on July 24, 2017
Verified Purchase
this brilliant book was very well packed and exactly as described
Read more
Report abuse

Page 1 of 1 Start overPage 1 of 1
This shopping feature will continue to load items when the Enter key is pressed. In order to navigate out of this carousel please use your heading shortcut key to navigate to the next or previous heading.
Back
Next
Pages with related products. See and discover other items: comic book price guide, archie comics, Crusader Shields