Add to Cart
$14.42
+ Free Shipping
Sold by: Rhinestone Gallery LLC
Have one to sell?
Sell on Amazon 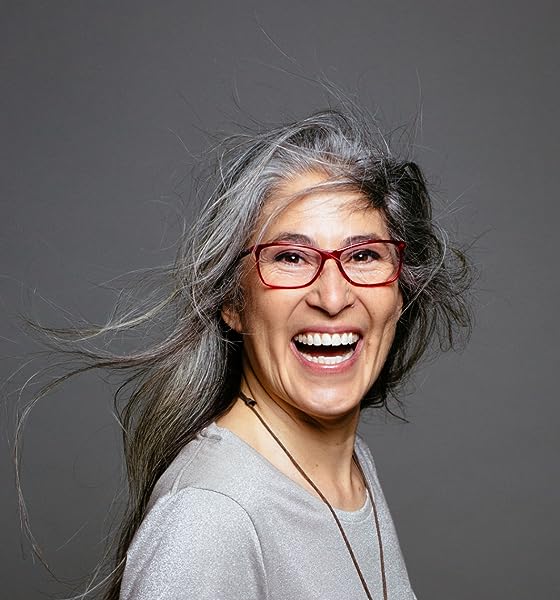 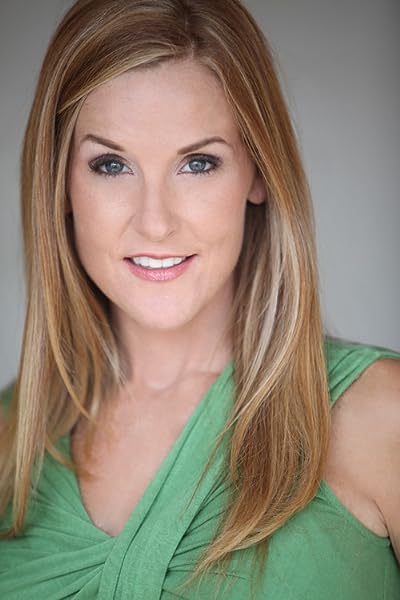 Sherman (The Complete Idiot's Guide to Crowdsourcing) and Smith (founder, extraordinarymommy.com) provide the nuts and bolts for parents wanting to start a home-based service- or product-oriented business. They introduce the KISS principle - Keep it Simple, Sister! - and include handy planning worksheets throughout (also available for download via MomIncorporated.com). A solid business perspective is supplied, with practical info on accounting, taxes, patents, insurance, and more. The authors also cover time management, PR/marketing, and legal advice. This is a helpful business resource for parents. --Barb Kundanis, Library Journal

Aliza Sherman: Aliza is a successful serial entrepreneur with over 20 years experience starting and running companies, particularly in the Internet space. In 1995, she founded the first full-service Internet company, Cybergrrl, Inc., and the first global Internet networking organization for women, Webgrrls International. In 2005, she founded one of the first social media marketing agencies that became Conversify in 2008. In 2010, she started a mobile apps communications, marketing and development company called Mediaegg. Aliza is the author of seven books including PowerTools for Women in Business: 10 Ways to Succeed in Life and Work (Entrepreneur Press); The Everything Blogging Book (Adams Media) and the upcoming StreetWise ECommerce (Adams Media). Her eighth book, The Complete Idiot's Guide to Crowdsourcing, will be out Spring 2011. She is an avid blogger and freelance writer, contributing to WorkitMom.com as Entrepreneur Mom, WomenEntrepreneur.com on the Women at Work blog, WebWorkerDaily.com, Entrepreneur magazine, Pink magazine, and many other online and offline publications. Aliza has been featured numerous times in USA Today, US News & World Report, CNN, CNBC, and been profiled in People, Time, among many others. When she started her Internet company Cybergrrl, Inc., Newsweek named her one of the ""50 People Who Matter Most on the Internet."" More recently, Fast Company named her one of the Most Influential Women in Technology. Aliza was recently included on a number of lists including Forbes.com's Top 20 Women for Entrepreneurs to Follow, Twitter Grader's 100 Most Powerful Women on Twitter, MyMediaInfo's Top 10 Twittermoms, and Babble.com's Top 50 Moms on Twitter.

Danielle Smith: Danielle Smith is a former award-winning television news anchor and reporter turned blogger, vlogger, video correspondent and public speaker. She is the founder and primary author of ExtraordinaryMommy.com and DanielleSmithMedia.com, as well as the host and producer of Bliss TV. Danielle has emceed events that included guests appearances by the First Lady, Michelle Obama and Martha Stewart. She worked as a correspondent at the 2011 ProBowl in Hawaii and 2010 Winter Olympic Games on behalf of P&G and has championed the fight against Child Hunger, working directly with the Con Agra Foods Foundation. She has been featured on the CBS Early Show, Fox News, MSNBC, NPR, in USA Today, as well as on a variety of Web sites. Danielle has continued to follow her on-camera passion working the Red Carpet and hosting live-streaming events on behalf of the 140 Character Conferences: Exploring the State of Now. She is thrilled to be the mom of seven-year-old daughter Delaney and five-year-old son Cooper.

Start reading Mom, Incorporated on your Kindle in under a minute.

Meagan Paullin
5.0 out of 5 stars Informative and Entertaining!
Reviewed in the United States on December 24, 2011
Verified Purchase
I haven't made it all the way through this book yet, but I'll finish it soon - it's entertaining enough that it becomes a quick read.

The information here is actually unique - a lot of books like this are just kind of the same old info repackaged, nothing new or helpful. But this book has a lot of great ideas, helpful tips, and the personal stories help you really visualize how you can make things work for yourself.

I lost my job while on Maternity leave, and decided, with NO real computer or tech knowledge, to start a website and grow a business. My "Busy Mom Solution" site is now doing really well - and I sure could have used this book when I was getting started!! :) But even though the book is targeted more towards women who are looking to make a change, it still has incredibly helpful information for someone like me who has already done it!
Read more
Helpful
Comment Report abuse

Tamara Walker
5.0 out of 5 stars Informative and inspiring book for aspiring momprenuers
Reviewed in the United States on October 12, 2011
Verified Purchase
Whether you are just thinking of starting your own online business, are in the process of starting one, or even if you have an established business already, there is something in this book that will be helpful to you. My business has been online since 2001 but has changed and evolved over the years and the lessons in this book are helping me improve upon it and gave me some great ideas on how to expand and further my outreach. I appreciate the authors sharing not only what has worked for them but also the mistakes they've learned along the way so we can all avoid making the same mistakes. This book is filled with knowledge I wish I'd had from the start of my journey as a "momprenuer".
Also, just because the title of the book makes it sound like it is only for moms with babies or very young children, don't think this book can't help you if you don't have kids or have older kids or teenagers. There are some helpful tips for juggling the needs and demands of young children along with your business, but even as the mom of an adult child and an older teenager, I found this book to be filled with advice and information that is relevant to me and to almost anyone starting a business online. It was well worth the money and the time spent reading it and I will be using it as a reference guide for a long time to come.
Job well done, Danielle and Aliza!
Read more
5 people found this helpful
Helpful
Comment Report abuse

Kindle Customer
5.0 out of 5 stars A Must-Read for Moms Seeking Work/Life Balance
Reviewed in the United States on October 31, 2011
Verified Purchase
Kudos to Aliza and Danielle for providing a realistic and helpful guide to starting and operating a home-based business! As a partner in three corporations and a mom to 2.5 (one on the way!) I found the information in the book to be thoughtful, helpful and comprehensive. I especially liked the section on money since many women find that aspect to be the most intimidating part of working for themselves.

Mom Incorporated is a must-read for moms seeking balance in their lives and wondering whether working from home is a viable option. I especially love the downloadable worksheets that help you take a good hard look at your business plan, they are at [...]
Read more
3 people found this helpful
Helpful
Comment Report abuse

Lisa Bertrand
5.0 out of 5 stars Perfect Book For Moms Wanting To Start A Business!
Reviewed in the United States on September 28, 2011
Verified Purchase
I've talked to a number of women throughout the years who dream of starting their own businesses. But what prevents them from "pulling the trigger" is their lack of knowledge in this realm. How does she market the business? What about taxes or the legal stuff? What about pricing? What about start-up capital?

I received my copy on Saturday. By Sunday evening I'd read portions of the book twice and had a number of notes in the margins. The book is a quick read. You don't need an MBA to get through the terms because the writers break those things down for the reader without insulting our intelligence. (They get it. They've been in this, "Okay I want to start a business. Now what?" stage too.) The tone of the book is very friendly.

The writers give tips and also share lessons learned in their respective journeys to establish their businesses. I love that they even share the mistakes they've made along the way. They also cover the personal issues that crop up over the course of starting/running a business. Both share their experiences on the delicate balancing act many a mom struggles with. (And how to combat the "mom guilt".)

There are some inspiring stories sprinkled throughout the book about other moms who've gone on to create successful businesses. Overall, there's just a lot of valuable information!

I finished the book feeling empowered, energized and supported. If you're thinking of starting a business (or even a "jobbie") and are unsure of your steps to doing so, this is a must-have!
Read more
One person found this helpful
Helpful
Comment Report abuse

Nika Stewart
5.0 out of 5 stars Don't put your dreams on hold any longer
Reviewed in the United States on October 17, 2011
Verified Purchase
If you've ever said "I want to start a business, but I just don't know how," - you have no more excuses. This book gives you everything you need, from deciding the best type of business to fit your personal taste and lifestyle (with many great ideas!), to planning marketing and crunching numbers, to getting needed support. Plus tips for dealing with mommy guilt! And all throughout the book are specific, real-life examples of moms who are DOING it.

Sheena Edwards
5.0 out of 5 stars Awesome guide & easy to follow!
Reviewed in the United States on October 27, 2011
Verified Purchase
Sherman and Smith deliver a great guide for all women wanting to work from home while raising their kids. It is easy to read, well organized and fun to read. They introduce the KISS principle--Keep it Simple, Sister!--and include handy planning worksheets throughout. Also, I found the business examples and quotes from business women throughout the book intriguing and helpful and they provide the reader with a variety of different businesses to learn from. The book takes you through all the essential steps to starting and running a business.
Read more
One person found this helpful
Helpful
Comment Report abuse
See all reviews