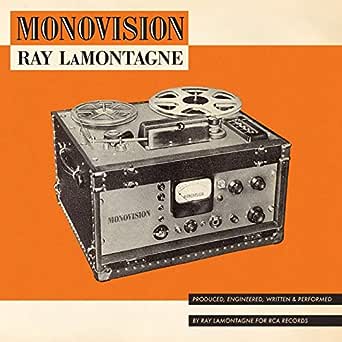 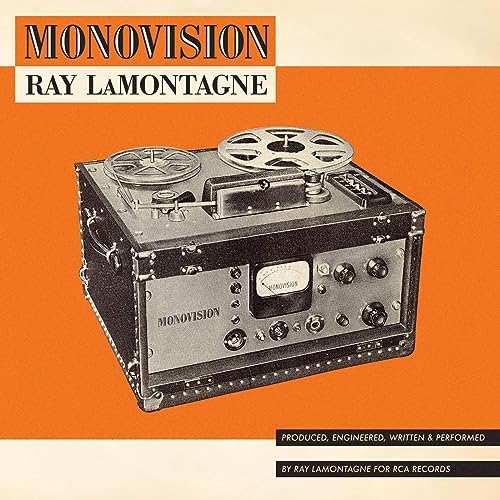 4.8 out of 5 stars
4.8 out of 5
72 customer ratings
How does Amazon calculate star ratings?
Amazon calculates a product’s star ratings based on a machine learned model instead of a raw data average. The model takes into account factors including the age of a rating, whether the ratings are from verified purchasers, and factors that establish reviewer trustworthiness.
Top Reviews

Rob Oslan
5.0 out of 5 stars Back To The Good Stuff!
Reviewed in the United States on June 29, 2020
Verified Purchase
After taking the Super Nova trip and and a few other left turns, Ray has come home to creating the music that we all fell in love with and that he does it so well. Back to the good stuff! His folk acoustic songwriting style is such a nice breath of fresh air in these days of manufactured "stars" who can't hold a note with the help of auto-tune and layers of studio overdubs. Ray has such an incredible voice. Hope he continues on this path where he shines so brightly!
Read more
9 people found this helpful
Helpful
Comment Report abuse

bob dismas
5.0 out of 5 stars Ray's a one-man-BAND on this instant classic
Reviewed in the United States on July 3, 2020
Verified Purchase
Since it arrived in my mailbox, I've played this one at least six times, front-to-back, all the way through. It's an instant classic, or as I've been telling friends, it's a single-CD Desert Island Disc all on its own. Great stuff, not a single waste cut in sight. RLM does it all here; plays all the instruments, sings all the vocals, the songwriting, the arrangements, the production. Atmospherically, it's a throwback to the music of the late '60s / early '70s; he's like a one-man-BAND at their self-titled, 1969 Brown cover peak. There are also hints of CSN (debut LP), Neil Young (Harvest-era), and even the great Bob Dylan (Basement Tapes and John Wesley Harding-era) -- an unbelievably potent musical gumbo, to be sure. Highly recommended ... couldn't you tell??
Read more
3 people found this helpful
Helpful
Comment Report abuse

Cheryl
5.0 out of 5 stars Thoughtful and soulful
Reviewed in the United States on June 28, 2020
Verified Purchase
My first listen to this album was in the morning when the house was still and quiet. Although not planned, it was for me, the ideal setting to enjoy hearing Ray's heart and soul. This is a great album.
Read more
4 people found this helpful
Helpful
Comment Report abuse

M. Northuis
2.0 out of 5 stars Return to pastiche(s)
Reviewed in the United States on August 2, 2020
Verified Purchase
When Ray L. first hit the scene the buzz was huge, I dutifully bought his first national release--I felt I had heard it all before and was frankly bored even though his voice is great and the music was decent--I sold it used. Later I heard the song Empty from Until The Sun Turns Black and had to buy that album if only for the one dark song. I was pleasantly surprised at liking the album from top to bottom, no pastiche just good songs with depth. His next 3 "psychedelic" albums made me feel he was searching for something new--I like those albums, not all songs work but they are still enjoyable to me. When I read all the 5* reviews for this album "Ray is back and he brought John Denver with him...etc." I should have listened before I bought. I thought this was going to be honest real songs like Until The Sun...but the songs on this album sound almost like plagiarism. It almost sounds on some songs (Rocky Mountain Healing especially) that he just took someone else's song and changed a couple of things and called it his own. Let's see he ripped of every one from Tim Buckley to John Denver to Chad & Jeremy(?) (Weeping Willow). All and all much of this sounds like Kenny Loggins. I guess if you were too young to hear the originals of these songs or old and musically stuck in the 70s this album is 4 U....for me, with the exception of the last song Highway to the Sun I just wasted $14. This reminds me of Joni Mitchell's career, she got so much flack for her Jazz/folk albums after Court and Spark she went back to what the critics wanted, but those critic pleasing albums were not where her creative brain was and you could hear it, I feel the same with this album--Ray do not listen to the critics, go your own way--hey why don't you rip off Fleetwood Mac next....sounds like a sure way to please the masses.
Read more
Helpful
Comment Report abuse

lanegan
5.0 out of 5 stars 2020 Album of the Year
Reviewed in the United States on July 23, 2020
Verified Purchase
It's rare when an album is released that sounds like it could have come from any decade in the past 50 years. Monovision fits this bill. Just an incredible body of work from start to finish. The psychedelic explorations of past albums are (mostly) gone, replaced by the simplicity and sincerity that long-time fans love. He clearly channels Van Morrison, John Denver, and Nick Drake throughout, all while keeping his own unique sound and vision. This is the album we really needed during this time of uncertainty. A surefire contender for album of the year.
Read more
Helpful
Comment Report abuse

Norcalsurf
5.0 out of 5 stars The Old Ray is Back! And He Brought John Denver With Him!
Reviewed in the United States on July 6, 2020
Verified Purchase
It's been a long time since I've connected to any of Ray's music, but he absolutely nailed this album. Not only does it remind me of some of his classic songs such as "Shelter" and "Hold You in My Arms," but it evokes the style and soul of early folk musicians such as John Denver. The album cover and insert are nice enough to display, and "Summer Clouds" is the perfect campfire song. Highly, highly recommend.
Read more
Helpful
Comment Report abuse

Robert Hooper
5.0 out of 5 stars This Man Can Do No Wrong
Reviewed in the United States on June 29, 2020
Verified Purchase
A return to his soul/folk roots. I'm sure his old fans will appreciate this album. I really enjoyed the Space Rock jaunt he was on but honestly... anything Ray does will be awesome.
Read more
One person found this helpful
Helpful
Comment Report abuse
See all reviews from the United States