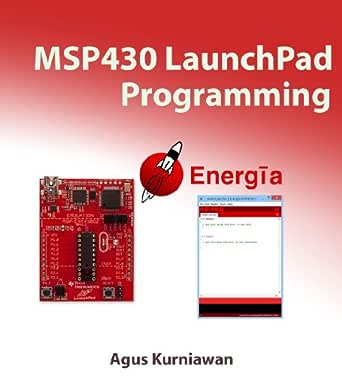 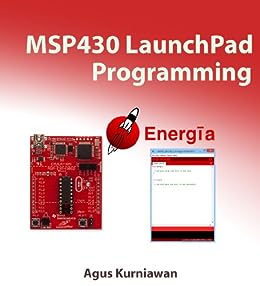 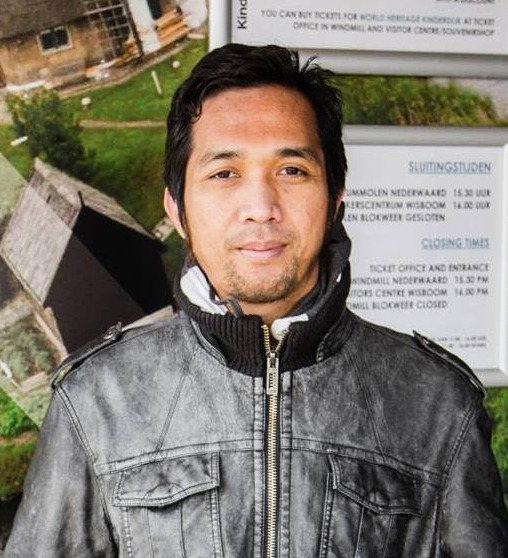 3.8 out of 5 stars
3.8 out of 5
9 customer ratings
How does Amazon calculate star ratings?
Amazon calculates a product’s star ratings based on a machine learned model instead of a raw data average. The model takes into account factors including the age of a rating, whether the ratings are from verified purchasers, and factors that establish reviewer trustworthiness.
Top Reviews

Quikwitt
4.0 out of 5 stars Good resource for begginers using Energia
Reviewed in the United States on January 30, 2014
Verified Purchase
This book is a Brief 70+ pages going over some basic programs using the Energia IDE. It is important to note that Energia is TI's Arduino like programming environment using a lot custom function calls which are largely identical to Arduino (DigitalWrite, PinMode, etc) but used on the TI Chip based Development board. The IDE can handle the MSP430 as well as a few other of Ti's Arduino Me-too boards. There is no assembly programming just the stripped down C language going over the basic programs. This would be a good resource for the beginning programmer, interested in understanding basic MCU activities and coding. It would not be appropriate for anyone beyond the Hobbyist level, those folks should look at a CCS, IAR, programming environment for the MSP430 or 811, I would highly recommend the book on the MSP430 by Unsalan, Cem and Gurhan, H. Deniz.
Read more
2 people found this helpful
Helpful
Comment Report abuse

Ricardo
4.0 out of 5 stars A good book for beginning programmers
Reviewed in the United States on June 7, 2014
Verified Purchase
The book was interesting to beginning programmers who want to start knowing the MSP430 and Energia based IDE platforms (Windows, Linux) programming. The author Provides the required and more to start working with the LaunchPad links. What is interesting in what is exposed by the Serial communication port through the RTS / CTS and the ability to import / export data by CoolTerm. I recommend the book I found very interesting.
Read more
Helpful
Comment Report abuse

A. Gossage
5.0 out of 5 stars Great book.
Reviewed in the United States on December 4, 2014
Verified Purchase
Great book. It does have quite a bit of broken English, but gets its point across.
Read more
Helpful
Comment Report abuse

Cheng,He-Chuan
5.0 out of 5 stars very good for program
Reviewed in the United States on July 22, 2014
Verified Purchase
If you are the beginner for micro controller, this book is useful for programming msp430 Launch pad. I recommend this book.
Read more
Helpful
Comment Report abuse

Mark Schutte
1.0 out of 5 stars One Star
Reviewed in the United States on June 8, 2015
Verified Purchase
too simple
Read more
Helpful
Comment Report abuse
See all reviews from the United States

myanswer is
5.0 out of 5 stars Five Stars
Reviewed in the United Kingdom on March 27, 2016
Verified Purchase
Great bit of info about MSP430...programming as a total newbie like me.
Read more
Helpful
Sending feedback...
Thank you for your feedback.
Sorry, we failed to record your vote. Please try again
Report abuse

Terrence J MacCabe
5.0 out of 5 stars Excellent publication.
Reviewed in Australia on February 13, 2015
Verified Purchase
Extremely well written and the technical content is spot on, I had a lot of fun building and modifying the circuits and sketches. The way the code/sketches were explained was fantastic, it made it so much easier to understand and I learnt so much more from this publication than any other that I have read. Highly recommend this book to everyone interested in microcontrollers and electronics in general.
Read more
Helpful
Sending feedback...
Thank you for your feedback.
Sorry, we failed to record your vote. Please try again
Report abuse