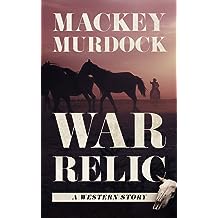 War Relic: A Western Story Aug 1, 2018
by Mackey Murdock
( 1 )
$9.99
A veteran of the Battle of Chancellorsville must come to terms with torments, both past and present, in this story by Western author Mackey Murdock.

“Bones” Malone earned his moniker collecting buffalo bones on the plains. Even in 1881 Bones is still haunted by his role in the war eighteen years earlier. Now his cousin, Wade, has started a big ranch in the area. Bones cannot escape the past, or the idea that he is the designated protector of the Malone family. He will have to reconcile his past and the conflicts of the present, including his relationships with Wade and his wife, Sassy—the woman Bones had once loved.
Read more
Other Formats: Audible Audiobook , Hardcover , Paperback , MP3 CD 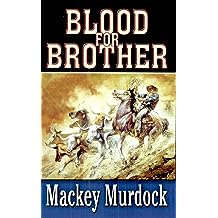 Rawls Slaton's return to the Texas ranch he shares with his brother Marcus following his discharge from the Confederate Army is anything but triumphant. Rawls is afoot, disheveled, and plagued by an odd nervous condition. In order to save their ranch from ruin, the brothers must mount a great cattle drive north to the Kansas market where they can get a decent price for beef. They must first build up their remuda from wild horses on the range. Unfortunately, a gang of Comancheros are after the same horses.