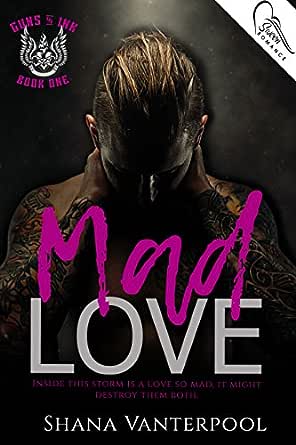 You've subscribed to Guns & Ink! We will preorder your items within 24 hours of when they become available. When new books are released, we'll charge your default payment method for the lowest price available during the pre-order period.
Update your device or payment method, cancel individual pre-orders or your subscription at
Your Memberships & Subscriptions
There was an error. We were unable to process your subscription due to an error. Please refresh and try again. 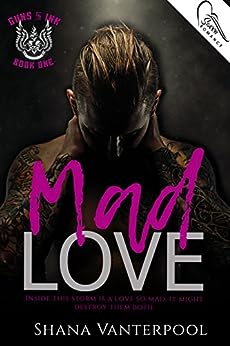 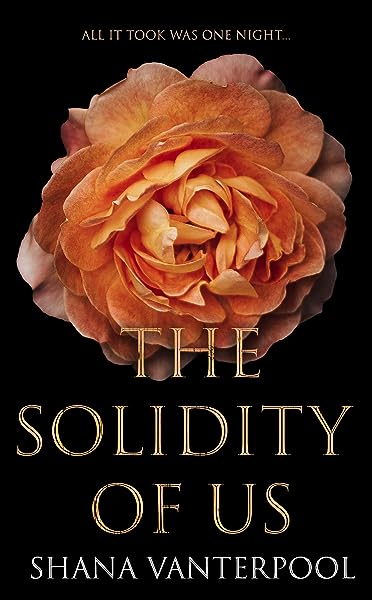 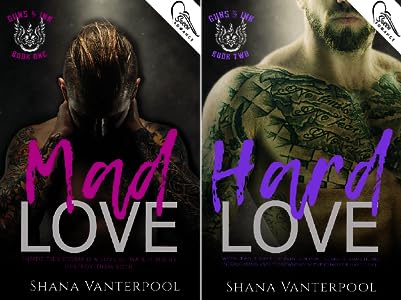 4.2 out of 5 stars
4.2 out of 5
56 global ratings
How are ratings calculated?
To calculate the overall star rating and percentage breakdown by star, we don’t use a simple average. Instead, our system considers things like how recent a review is and if the reviewer bought the item on Amazon. It also analyzes reviews to verify trustworthiness.
Top reviews

Even though Mad wanted to be alone, I still believe she wanted comfort but didn't know how to ask for it. Klay sure as hell didn't know how to comfort anyone. He didn't know how to deal with anyone feelings. But eventually he did change because of Mad. I loved every moment of the change. I loved how Mad's trust was growing when at first there was none. Mad put her trust in Klay when he broke with her. Monsters don't cry and were willing to understand your brokeness and break with you.

Quote 1: The pain of her sobs was so deep, so dark; I feel right along with her again. I'd never willingly fallen, and definitely not for another person. But with Mad, I wanted to hold her hand and brace myself for impact when we landed.

Quote 3: Our love was mad. But in our madness, we found the perfect kind of love.

These three quotes, along with many others, did me in. I'm still crying while I type and review over this read. I didn't want the story to end. I wanted more Klayton and Mad. They were imperfection as a couple made them perfect. If you can't tell by now, as a reader, that you should get a copy of this book then you don't know.... What is mad love? God... I want it.

Analia Almonte
4.0 out of 5 stars Great Read 4.5 ⭐️
Reviewed in the United States on October 11, 2017
Verified Purchase
As always Shanna brings an amazing and powerful story, that will keep you hooked from the beginning till the end. I love the way the author brought the characters together. The story was well written and filled with plenty of emotions. This was a great and extremely addicting story that you won’t regret reading it.
Read more
2 people found this helpful
Helpful
Comment Report abuse

Christina
4.0 out of 5 stars love the story
Reviewed in the United States on February 7, 2019
Verified Purchase
This was hard for me to rate. I loved the story so much that I wanted to give it 5 stars. But there were little things throughout that I got hung up on sometimes. Sentences that didn't make sense. Thingd that were contradictory to other parts of the book (nothing big though, some people might not even notice) Things that were pretty unrealistic given the subject matter but could have worked if they weren't rushed. But overall I did really enjoy it, and I'm glad I bought it!
Read more
Helpful
Comment Report abuse

CE Griffin
5.0 out of 5 stars Excellent Mad Story
Reviewed in the United States on September 28, 2017
Verified Purchase
This dark romance left me with a light shining. Mad and Klay's story had an excellent plot and relatable characters with a lot of depth to each one of them. Vanderpool did a fantastic job sucking me in and holding my attention until the very end.
I look forward to Cat's story in book 2.
Read more
One person found this helpful
Helpful
Comment Report abuse

Baseballmom
3.0 out of 5 stars 3 "Mad" stars
Reviewed in the United States on May 31, 2020
This wasn't a bad book by any means, but, there was a few things that I found troubling. The premise of the story was intriguing and the characters were good, but I think my biggest problem is with the pacing and believability. Madison is a 20 yr old college student who was abducted and repeatedly assaulted over the course of about a month (off page). She escaped and was found by Catherine (Cat); she was scared, traumatized and didn't want to go to the police or a hospital. Having been assaulted in the past, Cat understood Madi's decision not to go.to the authorities. In turn, Cat took her to our hero, Klayton Caldwell, and this is where some of my issues began. There aren't many details about Cat's assault, but what we do know is that she was homeless and had no family to speak of when it happened. Shortly after the attack, Klay found her, took her to his home and helped her pick up the pieces, consequently, they became not only close friends but each others family. Cat lived with her boyfriend and another male roommate, so her house wasn't feasible and I understand why in Cat's mind Klay seemed like a good choice, but honestly, why would a woman who'd just endured and finally escaped her rapist want to stay with a man who is a complete stranger? Then, of course, we have the blossoming romance to deal with. Now, I will give the author some credit for portraying some behavior that would actually support what Madi had been through, unfortunately, there was also some that was inconsistent with someone who'd recently been assaulted.. No police, no doctors, no counseling, not only did she not want to go home; she didn't even want her parents to know she was ok. She didn't want to be touched and couldn't even be in the same room as another man, except, you guessed it, Klay. He could touch her, hold her, kiss her, and they could sort of fool around. At some point, he and Cat realized that they were not equipped to properly deal with her trauma and that she needed a therapist. Howefer, Cat tells Klay that will only happen if Madi has an I'D and insurance. Sooo, against her wishes, Klay makes the drive from Denver to Boulder and leaves her with her parents in hopes that she'll be able to get the help she needs. Then, of course, we have to deal with the ex-boyfriend from college, (parents thought he was great) who, incidentally, broke up with her the same day she was abducted. Not to mention, parents who didn't understand her, nor, did they like Klay because he's 27, a tattoo artist, rough around the edges and spent two yrs in prison for aggravated assault (he beat up Cat's rapist). I wish it wasn't so, but unfortunately, I know more than one woman who has been sexually assaulted, and I know that there is no right or wrong way to behave and that this is such a deeply personal issue that every woman has to deal with it the way that works best for them. Having said that, there are consist and similar behaviors that assault victims do seem to share. We didn't really get to see them evolve as a couple as Madi became emotionally and physically healthier and then bam it was the epilogue As such, I wish this would have gone in a different direction or been handled differently.
Read more
Helpful
Comment Report abuse
See all reviews

Tracy ~ Book Loving Pixies
4.0 out of 5 stars 4 stars
Reviewed in the United Kingdom on October 6, 2017
Verified Purchase
I'm new to the work of Shana Vanterpool so wasn't quite sure what to expect going in to Mad Love.
I have to say I thoroughly enjoyed the story and characters and am looking forward to the second book in the series.

Madison and Klayton are poles apart when it comes to lifestyle and how they grew up but the are each what the other needs, even if neither of them realised it to begin with.

Klayton was a good guy. Hard to fathom at times and I did occasionally want to yell at him but when he had his head on straight he was intent on doing the best for Mad.
For her part, Madison was a survivor, quite literally.... she needed time to heal and while being around a big, burly, tattooed bloke might not seem like the obvious safe place she'd need, living in Klay's space was the balm that helped her heal.

I liked this pair together. Yeah they were different but they worked so well and when they both let their guard down and listened to their hearts, they were solid.

Well written, I really liked Cat and hope she gets her own HEA. The steps Klay took to make sure that Mad got better were harsh but understandable, even if it hurt my heart a little!
My only qualm with the book was the character of Lynda.... I know when Klayton first got together with her he was technically single - and frustrated and unsure about Madi - but the other incident with her made me so mad at him!

Great title and it means more than just loving Madison when you get to the heart of their story!

Sandra Loves Reading
5.0 out of 5 stars Well deserved 5 stars!
Reviewed in the United Kingdom on September 25, 2017
Verified Purchase
I loved this story. It has a well deserved 5 stars.
Klayton runs a tattoo shop. He's grumpy and wants no one. But he has a best friend. Cat.
They've both had hard lives and he rescued Cat and helped her stand on her feet again. Cat brings a very damaged young woman to Klayton for refuge. This is Madison and Klayton's story.
This is a really emotional tale and it had me gripped from start to finish.
It's very well written and so descriptive. I felt the emotions in so many of the scenes. The fear. The frustration. Not knowing if you're helping, or not. Amazing read.
I can't wait for the next book!
Read more
Report abuse
See all reviews