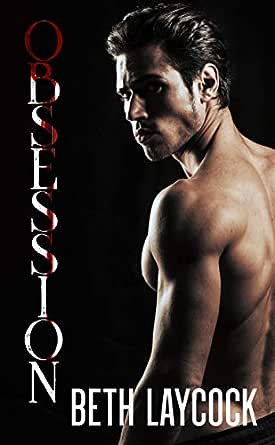 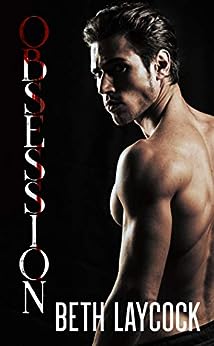 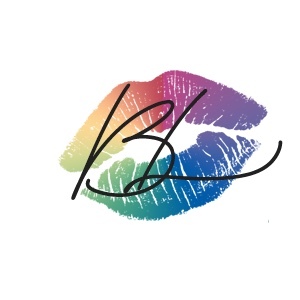 "If you're looking for a suspenseful read featuring a sweet romance, then I can wholly recommend Mad About the Boy." Joyfully Jay
-
"I really, really enjoyed this read. It moved at a good pace and had plenty going on to keep me engaged, but it wasn't OTT. Highly recommended! This had great flow, great characters, lots of mystery and romance. Loved it." Gay Book Reviews

4.0 out of 5 stars
4 out of 5
39 customer ratings
How does Amazon calculate star ratings?
Amazon calculates a product’s star ratings based on a machine learned model instead of a raw data average. The model takes into account factors including the age of a rating, whether the ratings are from verified purchasers, and factors that establish reviewer trustworthiness.
Top Reviews

DeirdreTop Contributor: Pets
4.0 out of 5 stars Rescue Me (and the Dogs)
Reviewed in the United States on September 21, 2019
Verified Purchase
This was an entertaining mystery. Someone is stalking one of the main characters. But luckily the second main character is a copper. I enjoyed this first time reading of the author Beth Laycock. I didn't anticipate how dark a turn the story would take. What drew me to this book was the dog on the cover. And I was happy I did buy it.

This is a book for dog lovers, especially those who are big supporters of the area of rescue. The first main character's love for dogs in particular those in the greatest need is very evident throughout. Friends and housemates are great secondary characters. It's always interesting to me when a character uses public transportation in particular city buses. I used to regularly so can relate.

The second main character is a protector, with a code of ethics he lives by. But he's up against a stubborn young man who values his independence and is determined not to get others involved in his mess. At a time when they need to be pulling together the two main characters seem to be drifting apart. Which is just what a stalker wants.
Read more
One person found this helpful
Helpful
Comment Report abuse

Kindle Customer
4.0 out of 5 stars Mad about the boy
Reviewed in the United States on April 24, 2020
Verified Purchase
The story was good and the characters were likable. I enjoyed the suspense of who is doing these things and how do they know Eli and how does Eli know them.
Read more
Helpful
Comment Report abuse

ROROBLUSMUM - no retreat, no surrender
4.0 out of 5 stars 3.5* PLEASE read the author's warnings about possible triggers, as some scenes are really upsetting.
Reviewed in the United States on August 1, 2019
Possible Spoiler: Beth Laycock is a new-to-me author, and I read her note about this tale featuring harm to animals; tbh, I wish I'd known that before requesting an ARC, as I'm a Brit and an animal lover and what happened in this book was VERY upsetting. It happened not once but twice, and the second incident was even more upsetting for me. I'm not sure that either instance was needed; threats would have worked just as well, which is a horrible thing to say, but is said in context with the events in the tale.

That aside, this is a decent tale that I, as a Brit, found pretty authentic. The author notes that she's writing a tale set in the UK in UK English, but actually, I had to check a few things as there are several Northern expressions that Londoner-me didn't quite get; it was interesting to see our differences in the one same language that Brits use.

It's a tale that if I went into detail, I'd end up spoiling, and it's a good enough read that I won't. I will say that the cop, Dominic, and the animal shelter volunteer-waiter, Eli, were pretty well suited, but that the opening scene hinted at more of a past for Dominic that we didn't get. He was struggling with a professional loss, and in his line of work, I'd have expected time off work or mandatory counselling, if he were so affected. But, I suspect we'll find out more about him in future books, as at the end of this one, Dominic's brother, Kieran, who appeared very briefly in this, with enough info given to make him seem a little bit of an enigma, had disappeared and Dominic was off to try and find out why and what Kieran alluded to in a mysterious text.

When a tale has a deliberately shadowy baddie, there's a fine balance between too obvious a red herring and the right kind of red herring; here the author made her red herring (there was only one) such an obvious one that I had to discount it from the tale, and I wasn't wrong. And, the actual baddie had me wracking my brains trying to recall when I'd heard their name, and at the end, because of the lack of their presence, I had trouble believing in their part in the tale, and about the disorder that the author made them out to have. That is a seriously complex disorder, one seen on the big screen many a time, and here, it was utterly brushed off. It felt, tbh, like the author had gone there, and yet not gone there. Yes, we got the bad guy's thoughts and actions, but the reveal and aftermath were anticlimactic and not handled realistically, I'm afraid. That part of the tale felt rushed and brushed aside, and yes, I discussed this with hubs, a professional in that field, and he agreed that it wasn't accurately portrayed. Still, the tale is good enough that I still rate it and would read the next in the series.

Tanja
3.0 out of 5 stars Romance and suspense
Reviewed in the United States on October 20, 2019
3.5 stars
This is a gripping, suspenseful story with a slow-burn romance between Eli and Dominic. They are each other opposites in many ways, but they fit perfectly together. That becomes all the more apparent when mysterious incidents happen, aimed at Eli.
The author has an engaging writing style and builds up the tension rather nicely. The setting is around a dog rescue center, the passion of Eli’s life, including the difficult demands of maintaining such a shelter. Even though the story is mostly told from Eli’s POV, I got a fair amount of what Dominic’s character. In between, we read snippets of someone else, and only towards the end of the book, we get more insight who they are, and the snippets become paragraphs. As that person is only mentioned once, I had to rack my brain who they were. So even though the reason for their involvement is clear and, from their point of view, understandable, the fact that Eli had hardly to no interaction with them didn’t make it an “aha” moment. Nevertheless the events were full of tension, increasing in intensity to downright cruelty, which I found difficult to read. In the front of the book, a trigger warning is mentioned.
I liked Eli and Dominic as individuals, but even more so together. They were supportive of each other, with a few minor hiccups born out of insecurity, but the chemistry between them was palpable.
The supporting characters are well balanced with the MCs, with Zeus, Eli’s rescue dog, playing a stellar role.
The story had a few instances that could have improved with a little more fleshing out or background. For instance, Dominic’s sadness, with which the story begins, is not explained. Also Dominic’s brother raises some questions that aren’t answered.
Read more
Helpful
Comment Report abuse
See all reviews from the United States

Faye K
5.0 out of 5 stars Check the trigger warming first But A GREAT Book
Reviewed in Australia on March 17, 2020
Verified Purchase
♥️A first read for the author with this book.
Right off this got me glued to the book with a mystery bunch of flowers. includes mental issues, stalker, cute puppies and a rescue centre, a hot hot chemistry and more. I loved Dominics family in this. Eli situation escalates which puts Doms protective instincts at work. This is a roller coaster for emotions, some scenes are not easy to read especially if your a animal lover. Brilliantly written with with Eli and the bad man's pov. all the ends of the story where sown up nicely. I'll be looking for more from this author. Highly recommend

Eli receives an mystery gift of flowers delivered to his door on his 25 birthday.
Officer Dominic having a drink at the club and the two meet.
Read more
Helpful
Sending feedback...
Thank you for your feedback.
Sorry, we failed to record your vote. Please try again
Report abuse

I loved Eli and found his sass and quirkiness matched perfectly in the hot, 'boy-next-door' style of, cop-not-stripper, Domanic. After a somewhat embarrassing first meeting and slightly mistaken identity, Eli and Domonic connect and sparks fly. They start a tentative friendship that is entwined with a dangerous stalker who has their sights set on Eli.

The suspenseful stalker elements of this story are done so well! A few of the chapters are written from the stalker's point of view and this just adds to the creepiness. As the stalker escalates; Eli and all who surround him are in more danger than ever. Eli volunteers at a dog rescue center called Muddy Paws and the poor dogs get caught up in the stalkers plan to get Eli's attention.

So much happens in this story and it's so well written and fast-paced I couldn't put it down. With the danger and suspense balanced perfectly with heart and love, this story is sure to keep you riveted until the end. I loved Eli and Dom and look forward to more of them and their made-family, hopefully in the next story about Kierran ;)

Thanks for reading!
Read more
Helpful
Sending feedback...
Thank you for your feedback.
Sorry, we failed to record your vote. Please try again
Report abuse