Madness Falling From the Sky and millions of other books are available for Amazon Kindle. Learn more 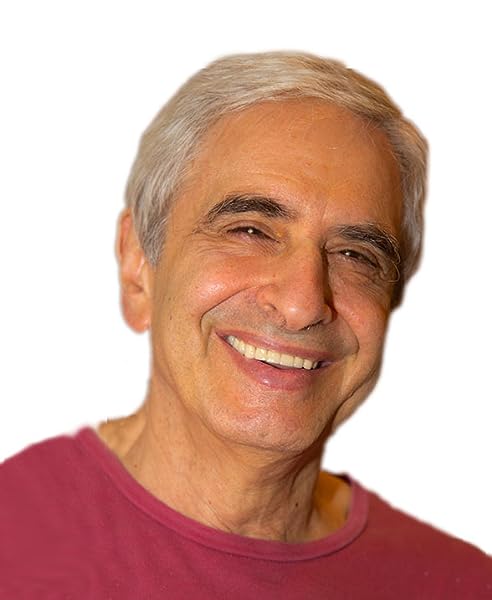 by Stuart Perrin (Author)
5.0 out of 5 stars 3 ratings
See all formats and editions
Sorry, there was a problem loading this page. Try again.

Page 1 of 1 Start overPage 1 of 1
Previous page
Next page
Start reading Madness Falling From the Sky on your Kindle in under a minute.

Tom
5.0 out of 5 stars Great American Novel retells the 1960's
Reviewed in the United States on January 20, 2020
Stuart Perrin’s new novel Madness Falling from the Sky was published in 2019 by Blue Kite Press. Set in the East Village, Paris and Viet Nam, Perrin’s story re-tells the 1960’s. Three friends who grow up together in the Bronx embark without a raft into the currents of the East Village, maddened by the energy and angst of the times. Stephen, who lives and breathes his art, agonizes over its imperfectability and partial truth. Jerry whose intellect searches for justice in the world, jumps off the left bank of ideologies into the chaotic sea of drugs, feeling, and experience. The third friend, Helen, who is an off off-Broadway actress, openly sleeps with both of them. For a crazy-drunk theater operator Helen agrees to play herself opposite the actual stepfather who abused her and who now appears out of hiding after having killed her mother in a family brawl seven years prior. The theater owner writes and re-writes the play until everyone’s part in the tragedy is uncovered.

Perrin, a seasoned writer, makes us ask whether sex tragedy is the exception and a moral lesson to us all, or if it is the rule for human growth. To read Perrin’s book in depth is to see that the spiritual hunger of the young, played out in sex, is a precious and necessary human stage – and tragedy is not a punishment for the flawed but the perennial way each heart opens and a thirst for God dawns from the depths of each psyche.

I was spellbound by the beating of three hearts. The ingenious settings, characters and plot premise give form to the time in American history -- and those times in peoples’ lives -- when there were no rules. I am certain everyone who reads Perrin’s novel and survived the ‘60’s, or who now faces their own coming-of-age will remember stories that parallel, intersect with, or voicelessly mime the experience of Stephen, Jerry and Helen. While Perrin’s style subordinates form to content, hundreds of great sentences leap out of his good prose. Perrin’s genius is to feed us painful realities with exquisite consciousness, not through an aesthetic hyper-world but through his vision of the life we live.

Perrin’s original comic interludes show every sort of human being. Madness Falling from the Sky is original in the way that Euripides’ Bacchae is original when it shows how the same energy that rips apart conventional society raises civilization. The book has the right mix of Satyr plays and high tragedy. In Perrin’s book, the tragedy Helen performs enables her to see herself partly as spiritually starved and mistreated, partly as teen home wrecker, and partly as goddess who destroys men and gives them life. When I once took a college course on Greek tragedy, I went looking for evidence of divine law. It was hard for me to wrap my mind around the Greek view that the gods are extreme and problematic energies. Wisdom and justice, it turns out, are not the jurisdiction of the gods, but the concern of humankind whom the gods work over. How Stephen, Jerry and Helen get worked over gives us stories as unforgettable as the Greeks’. The society we make rests upon the ripening of an energy that first destroys everyone on the battlefield of experience. There is no short cut.

In terms of craft, I think Perrin’s decision to use the third person omniscient with his focus alternating among the three main characters, makes a better more universal story than first person stream-of-consciousness would have. We do not see the post-modern relish for idiosyncrasy in the three main characters, though we see it in abundance in the minor characters surrounding them. Perrin’s non-intrusive narrator has mastered just how much reflection to mix with the action. The third person omniscient allows him to sparingly interject meta-reflections, reminding the reader that the voice of the novel is unavoidably a fourth character -- who has matured. He comments that Jerry has no way of navigating a world, caught as he is in his chaotic thinking, and that Jerry needs the experience of life – and he leaves it at that. Perrin’s work gives value to the passage of un-ripeness when energies of the gods destroy the immature psyche. He stops short of metaphysical answers.

Personally, as a working-class writer, I appreciate the author’s anti-bourgeois stance and the many vignettes of common people who have soul and don't fit in. Like Shakespeare’s comic interludes, Perrin’s wandering vignettes help to pace an intense story. Madness Falling from the Sky is an Odyssey stretched out across a folk-landscape into mythic time. All the unhinged happenings show halfway steps towards God -- like dressing for God – which bring the divine the rest of the way to meet us through laughter and acceptance. Even if Perrin wins the National Book Award, which he deserves for this original work, it is too late for him to join the bourgeoisie.

My vote goes to Perrin’s book for Great American Novel of the 1960’s. Asking the meaning of tragedy is to be too stuck in an artificial question. Perrin’s book does not pounce on one individual’s evil and another individual’s victimization but shows us what happens within circles of people. In human terms the characters learn to take responsibility for their roles in tragedy and to forgive those of others. If tragedy only happens to others for our moral edification, or only happened long ago when we were young, then we reject a vital force. Perrin brings out the spiritual thirst in every theater – even in the barstool monologue of the hardened Viet-Cong-killing special forces officer. Even when a morally perfectionistic revolutionary becomes an aesthetically perfectionistic bourgeoise wife, Perrin shows a compassion that exceeds the irony. Perrin’s truth seems to be that nobody survived the 1960’s and everyone is on the path of growth whether they like it or not. Everyone is thirsty. In conclusion, I concede it is too easy to reduce an original work of literature to a handful of statements about it. This book will cause every reader to wonder – in the best sense of the word.

I hope the popularity of this novel will get people to read Perrin’s teaching stories also. By vocation he is a spiritual teacher of the highest accomplishment.
Read more
One person found this helpful
Helpful
Report abuse

Amy Powell
5.0 out of 5 stars Review of Madness Falling from the Sky, by Stuart Perrin (Blue Kite Press, 2019)
Reviewed in the United States on February 8, 2020
In his latest novel, Madness Falling from the Sky, Stuart has truly captured the spirit of an age (the 1960s) and a place (New York City's Greenwich Village). He accomplishes this by telling the stories of three friends: Stephen the portrait artist, Helen the aspiring actress, and Jerry, a putative leftist radical and adventurer. After growing up in the City's South Bronx, these young people gravitated to the Village, as did so many of their generation, seeking direction and purpose in art, love, and life.
We first meet Stephen, Helen, and Jerry at the end of the "cold and miserable winter" of 1966 and follow them as they feel their way through relationships among themselves and with others, including Robert, an insane avant-garde theater producer, and Al, Helen's sexually abusive stepfather. Robert produces a play about Helen's childhood in which surprisingly Helen and Al agree to portray themselves, and despite misgivings, Stephen agrees to create the sets for the play showing the Bronx of Helen's youth. At the same time, Jerry recalls his past adventures in Paris, Morocco, and Greece and announces his intention to travel to Vietnam as a journalist in order to find out what his life really about and maybe to "learn to love." All of this leads inexorably to a startling climax of forgiveness, death, and redemption.
In this wonderfully evocative re-telling of a deeply American story, Stuart stands squarely in the tradition of Fitzgerald and Kerouac. His rich understanding of the three friends and the world they inhabit, particularly his detailed depiction of the culture and characters of 1960s Greenwich Village, allows him to paint his scenes with a vividness and immediacy that only a sharp eye can provide. In this novel, Stuart gives his readers not only the spirit but also the mystery, joy, and resolution that we all – even those of us who were there at the time – sorely need.
Read more
Helpful
Report abuse

Kindle Customer
5.0 out of 5 stars True Portrait of The Sixties!
Reviewed in the United States on January 16, 2020
This remarkable book is the only really vital portrayal of The Sixties that I've ever read. Stuart Perrin brings it all back with enormous skill and compassion for our beleaguered generation. I am forever grateful to him and am sending a copy of Madness Falling From the Sky to each of my children and grandchildren. Poignant, searingly truthful, beautifully written, and most importantly, told through the eyes of one who's lived it, don't miss this important work!
Read more
Helpful
Report abuse
See all reviews
Back to top
Get to Know Us
Make Money with Us
Amazon Payment Products
Let Us Help You
EnglishChoose a language for shopping. United StatesChoose a country/region for shopping.
© 1996-2021, Amazon.com, Inc. or its affiliates