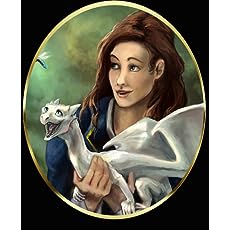 As an author, Mae seriously wishes she could type as fast as her imagination runs and that the Muse stopped insisting on bringing home plot-bunnies and trying to raise grammarsites in the garden.

She's happiest when there are dragons nearby, hoards books, and spends far too much time attached to a keyboard.

Mostly writing science-fiction, science-fantasy, and fantasy Mae has a craving for turning the unknown into the known (and vice versa), is planning to be owned by a cat at some point in the future, and loves fictional monsters and beasties. 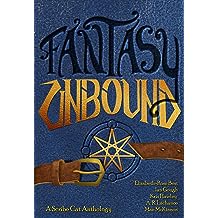 Fantasy stories have always existed: Epic tales of the fanciful and fantastic are evidenced throughout history, bringing a little whimsy into our lives in one form or another. Featuring the works of Elizabeth-Rose Best, Ian Gough, Mae McKinnon, and introducing new talents Kris Hawley and A. R. Lachance, this collection of twenty-one stories explores the genre's spectrum from quaint and curious fairy tale to dark urban fantasy. Whether you read fantasy to escape, to relax, to learn, or just on a whim, you'll find some kind of magic in Fantasy Unbound. 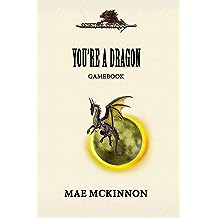 Have you always wanted to be a dragon? Here's your chance!

"You're a dragon" is a gamebook where the plot isn't just within your grasp, but yours to decide. You're the main character, yes you, who's reading this.

Being thrust into another world with the *help* of a magical accident is a well-know recipe for adventure. When it also turns you into a dragon, then what could possibly go wrong?

What happens next? It's up to you.

Will you soar through the heavens? Burn the world to ashes? Rescue the princess? Eat the prince?

Only one way to find out... 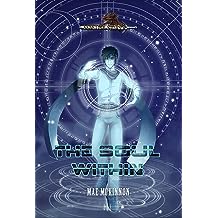 NOW huge, alien, harvesters are gobbling up everything in their path; plants, rocks, animals ... humans. Only places like Black Hawk Base, a — not so secret — military facility buried deep under the mountains, are relatively safe. That’s where I live, just another of the many civilians the base can’t really support. That changed after I met Ike. Calculating and clever, Ike expected me to become a pilot. That’s a lot to demand of someone who’s not even thirteen yet. But how do you argue with a 14 ton alien hybrid fighter jet with a mind of its own? Answer is: You don't! It looked like I was going to have to help Ike save the world whether I wanted to or not!
Read more
Other Formats: Paperback 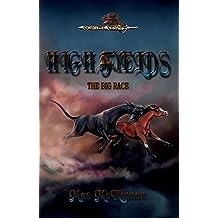 Horseracing with fangs and claws!

If anyone had told Erina a few years ago that she’d be entering one of the most prestigious horse races in the world; the Phoenix Stakes, she would have called them mad.

Since then she’d discovered a Valley that didn’t exist on any map ever drawn; been adopted by a highly peculiar horse; and learnt that magic was real.

In comparison, a small race should have been easy, surely – even if she did have to fly half-way across the world to take part.

Admittedly, she hadn’t counted on the nightmares wanting a piece of the action and they’re really keen on taking a bite out of the competition this year.

Along with the mysterious Seranthiem, Erina and Harlan from High Fyelds must now face their second challenge.
Read more
Other Formats: Paperback 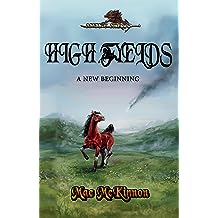 There's no such thing as an ordinary horse.

Sometimes the defining moments of your life come down to a single decision. For Erina, it all began with a crash.

Not that she had meant to crash the interplanetary shuttle (there had been a small disagreement with an asteroid) but crash it does.
Now she finds herself surrounded by creatures unlike any she has ever seen and there are trees everywhere.

When Erina then meets a solitary horse in those mysterious woods, even she can tell that there is something special about the proud stallion.

Trouble is, Erina knows only slightly more about horses than a fish does about QDE Engineering. She still needs to find a way home. And there is possibly something in the dark that wants to eat her. What’s a girl got to do?
Read more
Other Formats: Paperback 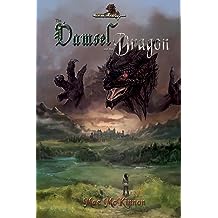 The Damsel and the Dragon: Seven of Stars Aug 29, 2017
by Mae McKinnon , Juliane Voelker , Elizabeth Best , Ashley Lachance
( 3 )
$4.99
As a child, Linandra spent many hours slaying monsters and having adventures.

So, when faced with a future containing little in the way of excitement (but plenty of cereals) she gathered up her courage and set out into the world.

It soon turned out that becoming a dashing hero – or any hero at all – wasn’t as easy as the stories made it out to be; if someone’s garden was, say, infested with weedrats, they sought to hire a mercenary, not a waif off the streets.

Now on a journey going nowhere, when Lin comes upon an old barn, all she’s really looking for is respite from the cold. But this is a place which holds more secrets than it does hay and Linandra soon finds herself dragged into the lives of wizards, cleaning-ladies and other, even stranger, folk. Much to her chagrin, this also includes Setharrion, who is trying very hard not to let his own past catch up with him.

She’d spent years looking for a second chance. Now it had found her. Only, it wasn’t like anything she’d ever imagined…

She was, however, very grateful that it didn’t eat her.
Read more
Other Formats: Paperback 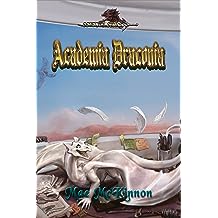 
To be a dragonrider you should not be afraid...


But when you've fallen off your dragon at two thousand feet, you're probably going to be, all the same. And if you're a trainee dragonrider, you'll be afraid sooner. A lot sooner.

There's unfortunately one major drawback. Gaile suffers from terrible vertigo and gets dizzy even on the first rung of a ladder. Nor is "teamwork" one of her specialities.


That wouldn't be so bad if "team" wasn't the very definition of a dragon and rider or that it's up to the dragon to choose their partner, and they're notoriously difficult creatures to impress.


But when, after the latest setback, Gaile decides to track down the "Ghost" she ends up setting off a chain of events that'll show that being Strong, Courageous and Tall isn't the only way to prove your worth...


Join Gaile and the other new students at the dragon academy as they embark on a journey to become true dragonriders of the sky.
Read more
Other Formats: Paperback