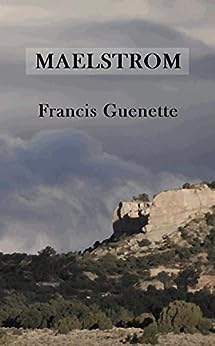 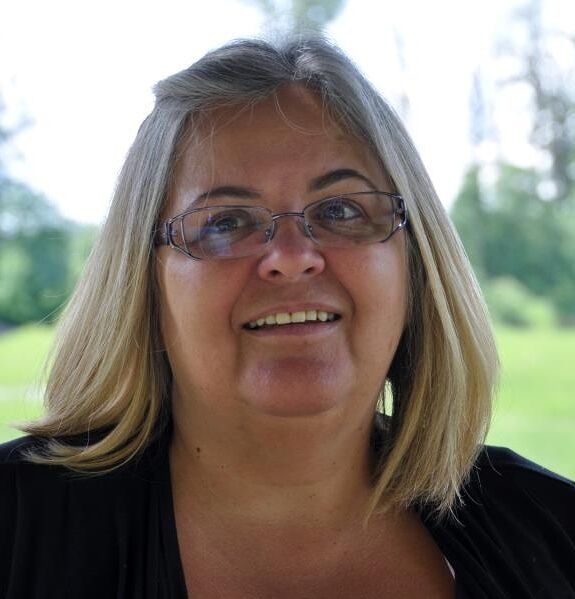 Rated 5 stars overall, Maelstrom, by Francis Guenette ... is a highly interesting story. The title fits perfectly with the plot. I was taken with the author's wit and the way she played with words. Guenette is a talented writer. Maelstrom is an action-packed novel that keeps the reader entertained. (Reader's Favourite Review)

4.2 out of 5 stars
4.2 out of 5
19 global ratings
How are ratings calculated?
To calculate the overall star rating and percentage breakdown by star, we don’t use a simple average. Instead, our system considers things like how recent a review is and if the reviewer bought the item on Amazon. It also analyzes reviews to verify trustworthiness.
Top reviews

Book Addict
4.0 out of 5 stars Riveting and Shocking
Reviewed in the United States on February 1, 2016
Verified Purchase
The title of this thriller is appropriate on several levels. The plot is a maelstrom of conflicts. The characters are embroiled in a maelstrom of emotions. The events could be described as nothing else besides a maelstrom.

Also, the creation of this work of fiction created a maelstrom of emotions in its producer and writer, who took the draft of a manuscript began by her mother, June Guenette, many years ago. After June's death in 1997, the manuscript went to Francis' son and was seemingly lost until a few years ago. Francis took the original seed of an idea and turned it into the page-turning, twisted story of a fictional town in the rugged western regions of the North American continent. But as she took typewritten white placemat pages and turned them into a manuscript, the author suggests she went through her own maelstrom to bring the novel to publication.

If you've read any of the books in the Crater Lake Series by Francis Guenette, be prepared to be as shocked as I was. There are very few likable characters, until perhaps the end. And any compassion felt for some of the younger ones is born of pity and not true empathy. Never will you meet such evil, narcissist folks as the ones who roam and rule the streets of Haddon. I don't usually read books filled with such horribly violent scenes, such as populated the pages of this novel, but because the author created a compelling story, I found myself guiltily escaping back to my Kindle to find out if and when the worst of the worst would get their due.

Ms. Guenette once again proves her prowess as a gifted storyteller with her descriptive setting of the isolated town and its towering castle on the hill, Casa Destino. Long-held resentments and prejudices dominate the action of the novel. The two main antagonists, Sheriff Calder and Mayor Thatcher, dominate the scenes. The man set to inherit Casa Destino after the death of his adopted father, Myhetta, appears to be unfeeling and unemotional through much of the story. But eventually, some redeeming qualities do appear toward the end. But he has been so damaged, as has everyone around him, that it's unclear what fate holds for him. Never have I read a novel filled with so much human depravity. I feel as if I need a very hot shower to wash it all away.

As with the previous review, this novel explores the dangers of bigotry and genetics. It's a lesson in how not to live life. One relationship stands out as one with some virtue, and that's the one between Myhetta and his best friend, Laird. Loyalty above all else withstands all the tests. And the love of a mother for her child shines through in both Myhetta's mother, Ayha, and Laura Thatcher for the son she adopted when she married the mayor.

Myetta and Laura emerge as the main characters, eventually. They change the most during the course of the novel, and for once, it's in positive ways.

Fast-paced and riveting, this novel requires a score card. The characters are many and their intertwined lives require the reader to always pay attention or be lost in the maelstrom.​
Read more
One person found this helpful
Helpful
Report abuse

A horrible cast of morally bankrupt, highly unbelievable characters, with no redeeming qualities!

If ever a story should have been left unwritten, this is it!

I felt compelled to write a review, as I've never been so let down by a book before that I've gone back to check the reviews, only to find they were a greater piece of fiction than this book!

That's the unfortunate part, had I read these reviews I would have still purchased this book! #*#*
Read more
One person found this helpful
Helpful
Report abuse

Awesome Net Deals
5.0 out of 5 stars Riveting!
Reviewed in the United States on February 13, 2021
Verified Purchase
This book was a real page-turner. Full of action, drama, love and hatred, loyalty and betrayal. The sick, cruel sheriff had an unspeakable hold on everyone in the town.
Read more
Helpful
Report abuse

Sue
5.0 out of 5 stars Maelstrom
Reviewed in the United States on April 30, 2016
Verified Purchase
I really enjoyed this book. It's a little amazing that one character had so much control over the town but maybe I'm naive. There are very evil people in this world. The story held my interest. I had a hard time putting it down. As I love to read, I have to remind myself that the book will be there tomorrow. This is the way I am with good books. The plot had surprises so you didn't know what would happen next. I recommend this book. Be sure to read and enjoy. Also enjoy her Crater Lake series books.
Read more
Helpful
Report abuse

CG
3.0 out of 5 stars I loved the Crater Lake series
Reviewed in the United States on June 1, 2016
Verified Purchase
I loved the Crater Lake series, so thought I'd give this book a try. Unfortunately, I made it only through the first three chapters. There was nothing likeable about ANY of the characters introduced up to that point. And I read further than I would have due to enjoying her prior books. Sorry! But I'll skip the rest of this one and wait for the next Crater Lake book. :(
Read more
One person found this helpful
Helpful
Report abuse

Tanya Stewart
5.0 out of 5 stars All I can say is "WOW"!!
Reviewed in the United States on September 4, 2016
Verified Purchase
Maelstrom is an exciting and harrowing ride from beginning to end!! And nothing is predictable about this novel!

Settle in for a fabulous read and let go of any preconceived ideas about the residents of Casa Destino and the small town nestled in the valley below it. Your expectations will be wrong yet exceeded in the most unexpected and inspiring ways!! This author knows how to take you for a ride you won't soon forget!

You will fall in love with some characters and learn to hate others and it will happen quickly for the lines between right and wrong, good and evil, are clearly defined leaving no grey area for your emotions to hide!
Read more
Helpful
Report abuse
See all reviews

Jane Tims
5.0 out of 5 stars Who will prevail in a town where corruption rules?
Reviewed in Canada on April 10, 2017
Verified Purchase
The story Maelstrom lives up to its title: this is a book of raging emotion and action. Hard to put aside, this is a tale of a town where no one would want to live ... Haddon is a place where murders and rapes, liquor store break-ins and corrupt cops are the norm. Women are especially vulnerable. But when you scrape away the surface you find a place where blood and water have mixed. The bad behaviour and bad vibes in this town have their roots in family history. Gracie, the journalist investigating police corruption in small town America, only makes it through the first page of Maelstrom, but she haunts the rest of the story because she shares with the reader an incredulity that corruption could run so deep.

Francis Guenette, who has proven her story-telling skills in the Crater Lake series, does not disappoint here. She weaves past and present seamlessly together and manages a large cast of characters. The bad guys are really bad ... and the protagonist, Myhetta, is perfectly flawed, a fine blending of nature and nurture. In spite of his shortcomings, he is a believable character, and I turned every page hoping for his redemption. Most of the women in the book are portrayed as victims and maddening in their willingness to settle for a brutal life. The main female character Laura stands out in contrast, and her resistance creates tension. Her romance with Myhetta, almost buried within the storyline of brutality, kept me reading for more.

The most interesting character in the book is Laura's teenaged son. Brought up to witness the depravities of his father, he is draw to the macho Myhetta. He has a special ability which helps resolve the action, but I will leave this to the reader to discover.

The story of how this book came to be is almost as interesting as the story itself ... Francis has taken a legacy tale, begun by her mother, and, with the skill of the seasoned writer, has made it her very own.
Read more
Report abuse

Kristen keeley
5.0 out of 5 stars Another hit from this author.
Reviewed in Canada on November 25, 2015
Verified Purchase
Fast paced, great read. Couldn't put it down!
Read more
One person found this helpful
Report abuse
See all reviews
Back to top
Get to Know Us
Make Money with Us
Amazon Payment Products
Let Us Help You
EnglishChoose a language for shopping. United StatesChoose a country/region for shopping.
© 1996-2021, Amazon.com, Inc. or its affiliates