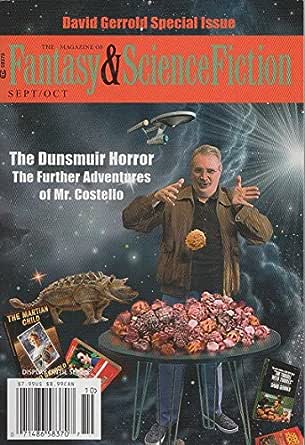 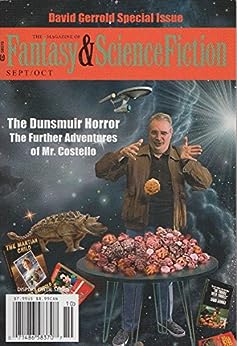 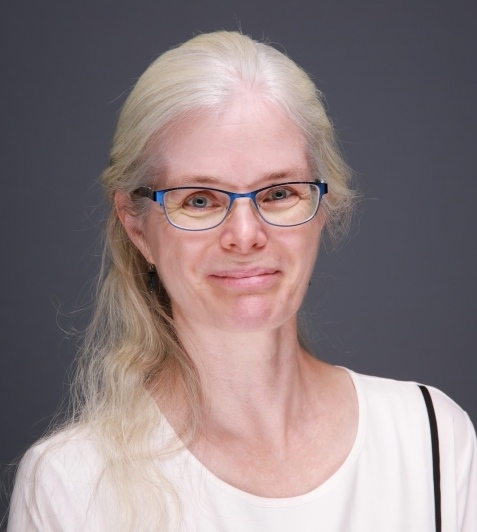 L. S. Tucker
3.0 out of 5 stars Good Collection
Reviewed in the United States on October 16, 2016
The Magazine of Fantasy & Science Fiction (Sept/Oct 2016)
Ten stories and assorted articles, plus one poem. I have what I would consider to be a love/hate relationship with David Gerrold’s works. To be honest, as an original fan of Star Trek: TOS, I liked “The Trouble with Tribbles”, but rarely put it in my top ten favorite episodes. I preferred my episodes to be more emotionally connected, such as “The City on the Edge of Forever” or “The Devil in the Dark” (still my number one favorite episode). I acknowledge his talent, it is undeniable, and I know he is adored by many science fiction fans. 3.6 out of 5.

“Talking to Dead People” by Sarah Pinsker
Eliza has been fascinated by murder scenes since before college. She enlists college roommate and model builder, Gwen, to bring the houses into life. Eliza then wires the models with an AI that can respond to questions. Her dream is to develop and program them to make connections that the investigators have missed and, possibly, solving the murder. Eliza obviously had no empathy or real affection for Gwen. If she had, she would’ve never made Gwen’s family house as a gift. Perhaps she meant well, but it was cruel. Pinsker has done a bang-up job with this update of the Nutshell Studies and such strong characterization. 4 out of 5.

“The Green-Eyed Boy” by Peter S. Beagle
Prequel to THE LAST UNICORN. Nikos the Wizard relates the story of Schmendrick’s earliest exposure to magic, as well as the boy’s struggles for perfection. How can it be fifty years since THE LAST UNICORN was first published? Impossible! I can still remember the joy and pain of that first reading. While I haven’t reread it since 1972, I can still feel those emotions whenever I stumble across a new edition or recommend it to a young reader. This glimpse of dear Schmendrick’s earliest days with Nikos and magic brings back such fond memories. 3.5 out of 5.

“The Voice in the Cornfield, the Word Made Flesh” by Desirina Boskovich
A traveler, a creature from another world, crashes into Earth. Horribly injured, dying, it struggles to reach out for help. Poor lonely creature, trying so hard to simply connect with someone. The first attempt overwhelmed the young girl. The second was dealing with her own desperate battles, probably postpartum. Finally, he finds another who longs for freedom, who doesn’t belong in the Mennonite community she has been trapped in her whole life. 4 out of 5.

“The Further Adventures of Mr. Costello” by David Gerrold
A continuation/sequel for “Mr. Costello, Hero” by Theodore Sturgeon. Mr. Costello has come to Haven with a plan to trap and sell horgs, a vicious warthog type creature that is prized for the taste of its meat. Although everyone is expecting Costello and whoever helps him to wind up dead, but Grampa is willing to make some case in the meantime. I’ve never read Sturgeon’s original story, to the best of my memory, so I don’t know how different my review would’ve been if I had. The family group helping Costello are much more interesting than the man himself. The ending almost had to be to save Haven, to save the families from his plans. This destruction of a lifestyle, an environment, a culture, is all too realistic. 4.5 out of 5.

“The Dunsmuir Horror” by David Gerrold
A most unusual letter from David Gerrold to Gordon Van Geldor, former editor and current publisher of this magazine. This is a writer on the edge, but of what? Insanity or sanity? These types of stories, autobiographical fiction, rarely do anything for me. This tale is no exception, no matter how many notable names are mentioned. Honestly, it almost reads like blah science fiction. Although I don’t think would get many Kudos on AO3, but I may be wrong. 3 out of 5.

“Anything for You” by Lisa Mason
After his wife had an affair, Willem began to lose himself in the interactive television series, Dr. Virginia Isley, less and less able to tell reality from fiction. So lost, too common a complaint aimed at gamers or readers or people in fandom. It’s rarely as accurate as the accusers would like to think, but this time it unfortunately is. Poor Willem really just wants to feel like he is in control of his life. All he can control is Virginia, except he really isn’t there either. 4.5 out of 5.

“Those Shadows Laugh” by Geoff Ryman
Senora Valdez has come to Colinas Bravas to help the all-female residents overcome the problem with children born with defects. She falls in love with Evie, her guide, and wants to stay. Valdez herself realizes that she falls in love with a land and a people, then a person, only to mess it up. All she really wants is to belong, but the Colinas own nothing and do not believe in the possession of anything. 4 out of 5.

“Cupid’s Compass” by Leah Cypess
Mindy convinces her sister, Larissa, to fall in love with Steve through the work of Cupid’s Compass. The company uses what is known about the cause of emotions to force a connection between two people. If it isn’t naturally occurring, is it real? And what do you do if something isn’t quite right? Larissa may never learn that love and happiness cannot be forced. 3.5 out of 5.

“The Sweet Warm Earth” by Steven Popkes
When things got bad with the Boston gangs, Larry Mulcahey moved to California. While guarding the race horses, Larry meets Mr. Bernardi, a man who speaks with the horses and bets just a little based on that conversation. Until his nephew gets in trouble with Larry’s boss. Oh, God. I can’t stop tearing up. This is heartwrenching, if beautiful written. How could Popkes do this? He ripped my heart out, the creep. 5 out of 5.
Read more
Helpful
Comment Report abuse
See all reviews