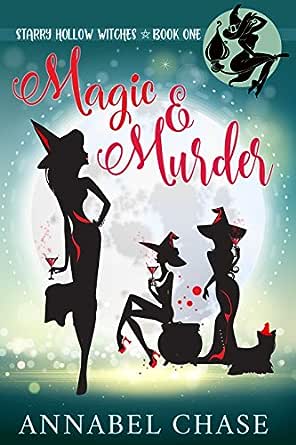 You've subscribed to Starry Hollow Witches! We will preorder your items within 24 hours of when they become available. When new books are released, we'll charge your default payment method for the lowest price available during the pre-order period.
Update your device or payment method, cancel individual pre-orders or your subscription at
Your Memberships & Subscriptions
There was an error. We were unable to process your subscription due to an error. Please refresh and try again. 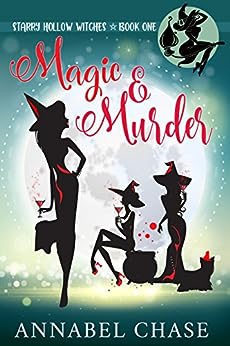 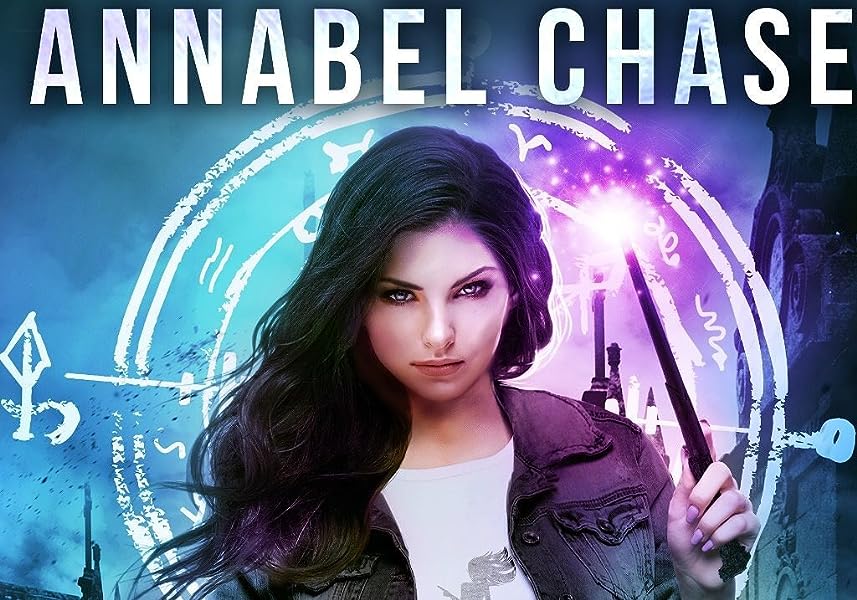 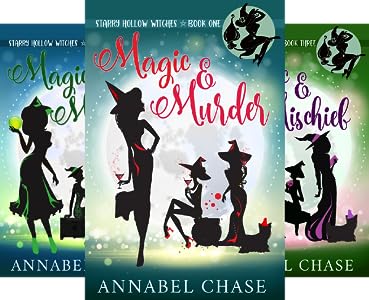 4.5 out of 5 stars
4.5 out of 5
225 customer ratings
How does Amazon calculate star ratings?
Amazon calculates a product’s star ratings based on a machine learned model instead of a raw data average. The model takes into account factors including the age of a rating, whether the ratings are from verified purchasers, and factors that establish reviewer trustworthiness.
Top Reviews

Kindle Customer
2.0 out of 5 stars Really wanted to like it more
Reviewed in the United States on February 21, 2018
Verified Purchase
This book was tough. The protagonist was difficult to like. The dialogue and inner monologues had me rolling my eyes all the time. The pop culture references and cliches made the book feel unedited. And the mother-daughter relationship annoyed me. But I wanted to like it because the concept of random towns in the US being home to paranormal people is a great one, like Jessica Fletcher in Wonderland, but I was disappointed. I essentially gave the concept two stars and not the actual book. I hate writing bad reviews, but it was the first book in the series--one day I'll give the next one a try. Maybe.
Read more
9 people found this helpful
Helpful
Comment Report abuse

Nadine Vrijhof
2.0 out of 5 stars Disappointing
Reviewed in the United States on June 18, 2020
Verified Purchase
I didn’t like Ember. At all. I missed the fun, I missed the wit, I missed any kindness. I usually LOVE witch cozies! But this one fell short for me. Ember, she was jaded, and had such a negative tone. I did like daughter Marley.

Some things happened in the beginning that were so incredibly unrealistic! I didn’t work in the repo business itself, but I did work in a job that had a lot to do with that. And I know, what happened is just not real. It couldn’t have happened IRL because it’s just not how it works. Impossible. So, not enough research?

All things combined, I started out disliking the story and the main character. And it’s hard to come back from that, yet I decided to continue, because maybe when I got to Starry Hollow it’d get better. And it looked like it would. And right at the moment I thought, hey, maybe… Ember said something very negative and demeaning again and I couldn’t get over that second hump.

I stopped right then and there. I read some other reviews and there was one who said ‘I kept reading but it never got better’. So I don’t know if I will ever pick it up again to continue. Likeability of the main character is one of the most important parts of a book for me. Especially of a cozy. I love a bit of snarkiness, I love a bit of sass, but I just didn’t make the connection with Ember; she’s just too hard around the edges. But the most important thing was that she described things that just weren’t possible. And I don’t mean the magic, I have enough imagination for that. I’ll give you my biggest grief, but it’s a bit spoilerish, so don’t read further if you don’t like spoilers.

One minute the guy is in front of the truck threatening her, keeping her from being able to drive off, the next he’s letting air out of the back tire (the BACK tire!) and kicking the side. Why not drive off quickly then? It’s obvious he stepped away from the front, she can just get away! Things get worse from there.

It’s just one example, I could give you 2 more and I didn’t even get much further than Chapter 5.

Over and out. I want to apologize for sounding harsh, because I do realize it sounds unkind. I promise I don’t mean to be! I know that every book contains the blood, sweat and tears of an author. And I do appreciate that. So I am sorry.
Read more
Helpful
Comment Report abuse

Kindle Customer
5.0 out of 5 stars Charming, Delightful, and Fun
Reviewed in the United States on November 25, 2017
Verified Purchase
I'm pleased to say that I thoroughly enjoyed Annabelle Chase's "Magic &Murder" from beginning to end. My three requisites for a really good mystery were met...I was the main character's shadow, living in her world easily. The story moved forward at a satisfying pace from beginning to end. And, I was completely surprised by the resolution of the murder when I read it. The characters, while paranormal, are completely believable, and the setting of Starry Hollow is charming. I'd enjoy living there. The best compliment I can give to Ms. Chase is that I look firward to reading more about Ember, Marley, and Starry Hollow, because I finished the story with a smile on my face
Read more
5 people found this helpful
Helpful
Comment Report abuse

PRBabe5
VINE VOICE
4.0 out of 5 stars Cute
Reviewed in the United States on June 4, 2020
Verified Purchase
Easy read, cute story, likeable characters. Thus far, no real conflict, especially as Ember looked into a murder amongst the supernatural. Not the smartest thing to do when you're a "new" witch.

During a routine repo job, Ember finds herself in a dangerous situation that triggers her magic. Magic she isn't aware she processes that alerts family doesn't know she has. When they appear to save her from the same mobster who just tried to kill her earlier, they whisk her and daughter, Marley, to their hometown, Ember's birthplace. Newly ensconced in the cottage on the estate, Ember stumbles onto a body in the woods near her new home. Now a suspect, however unlikely, she embarks on her first foray to finding a killer amongst the vampires, witches, fairies and witches that make up her new community, where every knows who she is.

Ember is a very different character from those around her. Her daughter a very self-sufficient 10 year old, 3 new cousins and their children, an intimidating aunt, a gruff sheriff, and very put together new boss. Too many likeable characters to assume one killed someone, but turns out things were not what they expected.

As I said, cute story that ends happily. Ember still doesn't know how to use her magic so there will definitely be more to come.
Read more
Helpful
Comment Report abuse

Andrea L. Stoeckel
5.0 out of 5 stars Sort of like a magical Gilmore Girls
Reviewed in the United States on June 11, 2020
Verified Purchase
"Trust is earned," I said firmly. "Family or not."

And Ember, her 10 going on 40 year old daughter, and their terrier PP3 find out one night while Ember crosses wits with a mobster out to kill her. Making a wish seems to open a trap door in her psyche and out pops a family fully formed, and disks them off to Starry Hollow, a paranormal village where the Rose family, of which she apparently comes from, presents as the most powerful family in town. From just the three of them to this great legacy...how's the girl from Jersey going to handle this one?

A legacy hire to the local newspaper, Ember finds herself solving a mystery she really doesn't want to be a part of. Is she up for the task?

This is my first Annabel Chase, but it won't be my last I'm sure. As a Gilmore girls/ Bunheads fan, I see the parallels in this story and those, and I'm in for the long haul here. Highly Recommended 5/5
Read more
Helpful
Comment Report abuse
See all reviews from the United States

BeeBopTallulah
2.0 out of 5 stars Not a good read
Reviewed in the United Kingdom on February 21, 2020
Verified Purchase
Did not enjoy this book at all. Took an evening to read half of it, figured out what the plot point was, skimmed through the rest to be disappointed that I was right. Book was rushed and no depth to any characters. Protagonist was way too accepting of her new situation and showed no curiosity about it.
Read more
Helpful
Sending feedback...
Thank you for your feedback.
Sorry, we failed to record your vote. Please try again
Report abuse

Shelly
5.0 out of 5 stars Really Good
Reviewed in the United Kingdom on November 9, 2017
Verified Purchase
I really enjoyed this one, can’t wait for book two. It had magic and a murder mystery just up my street. Good looking men and a feisty heroine with a child. Well worth a read. Enjoy.
Read more
Helpful
Sending feedback...
Thank you for your feedback.
Sorry, we failed to record your vote. Please try again
Report abuse

SUE
5.0 out of 5 stars Love Annabel Chase
Reviewed in the United Kingdom on September 29, 2018
Verified Purchase
I have read many of her books, they're all very good, love the characters, her books make me smile and feel cozy !
Read more
Helpful
Sending feedback...
Thank you for your feedback.
Sorry, we failed to record your vote. Please try again
Report abuse

Elisa
3.0 out of 5 stars just not for me
Reviewed in Australia on August 20, 2018
Verified Purchase
Not my favourite series at all from this author I may have liked it more if I read it first but Spellbound is just a better read for me I can't take to Starry Hollow at all.
Read more
Helpful
Sending feedback...
Thank you for your feedback.
Sorry, we failed to record your vote. Please try again
Report abuse