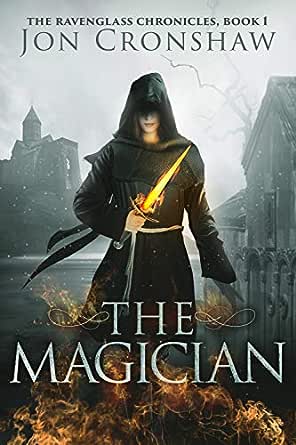 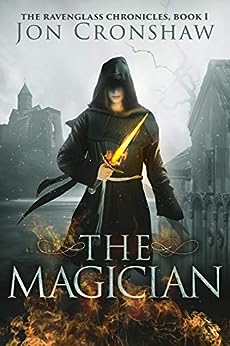 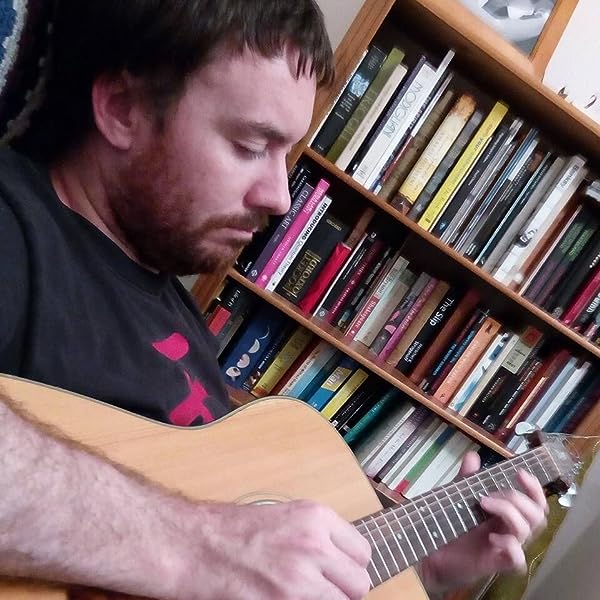 Elizabeth Dragina
3.0 out of 5 stars 2.5 stars ~
Reviewed in the United States on October 3, 2019
Verified Purchase
All the hate from a girl who detests men writing about women and their problems.

Some Insignificant Spoilers might be scattered along the way . . . .

Let me try to explain this to you . . . Kathryn is not yet a woman because she has not bled, so she has yet to go through with the ceremony. Well, the details Jon Cronshaw gives about Kat and her period is absolutely infuriating! She has dried blood stuck to her leg and drenching her sheets. I do not want to read detailed information on my own sex's cycle. Especially when the information provided comes from a man who gives the wrong idea!

Now the ceremony is something disgusting in itself. Kat must stand naked in front of everyone in her empire to show she is a woman. It makes me sick.

There is this wyvern that Kat tells about her strange dreams. This wyvern insists she write them down for she might be a seer. The thing is Kat has nearly the same dream over and over and over again with the same amount of detail completely boring me out of my mind. Why? Because she can't remember that she is surrounded by yellow nothing . . . . *rolls eyes* So scary, so threatening, so intriguing. (Don't you get it?? I'm being sarcastic.)

Details: Eh. I wasn't into the story. It wasn't there for me. I felt left out of the characters lives. I did like the Ravenglass though.

Setting: Probably the most intriguing part. . . .yet it wasn't very interesting.

Plot: Didn't grab my attention, mainly because most of it was about Kat whining and details on her womanly cycle.

Romance: Ugh. It was so bbbbbaaaaadddddd. I just can't even. It felt so rushed . . . Kat already knew this boy before the book started, so I had to figure everything else out. She would randomly snuggle up to him for no reason or pull on his braid flirtatiously. I was constantly rolling my eyes. Then when they kissed the description increased tenfold!! 👿 And the kiss was sudden with no explanation to the reader. . . it made me mad. I didn't even like Kat, now I didn't like this apprentice messenger.

Characters: Lame. Boring. I honestly don't see how people feel this book was flushed out because I can see a lot of areas that need work. The wyvern was the only likable character.

Kathryn: Was a whiner and completely unrelatable. Also, the pranks she pulled on her sister made me like Elisabeth better.

Elisabeth: Decent although extremely controversial to herself. One moment laughing mockingly the next apologizing. One second absolutely furious the next cheerful. It's a pattern.

Empress: I liked her. She was a good mother.

Wyvern: Very good with wording things. Loved his wings and his easy - to - talk - to manner. Also his black teeth. ^.^

Overall: There was so much disliking and eye-rolling going on I just can't seem to recall anything good. They worshiped the gods. And the Priestess always seemed to be getting naked. Also, what's up with that title??! It has absolutely nothing to do with the book!

**I review books based on my convictions. I do not mean to cause offense to anyone. I am merely stating my opion.**

Garth R. Mailman
5.0 out of 5 stars Facing one's destiny
Reviewed in the United States on September 12, 2019
Verified Purchase
Destiny is a fickle friend. There are some who believe in predestination and then there are some such as the progeny of hereditary monarchs whose destinies are decided at birth and celebrated with 61 gun salutes. Kat is one such offspring. A tomboy by nature she climbs around the palace’s slate roofs and is best friends with a servant boy. When she attains womanhood ancient rituals are set in play over which she has little control. Endless ceremonial duties and meetings hold no appeal nor does the prospect of an arranged wedding to someone four times her age. Her sister is an arrogant, spoiled, jealous tattletale.

The magician of the title is a tarot card. His sword would seem to be what is significant here.
Read more
2 people found this helpful
Helpful
Report abuse

Kanyonmk
4.0 out of 5 stars Fast paced read.
Reviewed in the United States on February 22, 2020
Verified Purchase
I liked the idea of this story and how the author was inspired by tarot cards. The story itself is fast paced and flows well, I just didn’t like one of the first violent scenes in the beginning. I am interested in continuing Kat’s story and the ending really wants me to pick up book two right away.

The Magician is the first book in The Ravenglass Chronicles.

M L Aquilar
4.0 out of 5 stars Good Short Read
Reviewed in the United States on October 7, 2018
Verified Purchase
The 2nd book in the series is well written but alas too short. This should have been added to the first book. Either way I am done with this series.
Read more
4 people found this helpful
Helpful
Report abuse

P. K. Grogger,PE
3.0 out of 5 stars The development of a princess.
Reviewed in the United States on August 5, 2019
Verified Purchase
The story develops through the life of a princess who will someday become an empress who is not happy with her life now and in the future.
Read more
Helpful
Report abuse

Steve
3.0 out of 5 stars Ok read
Reviewed in the United States on October 4, 2019
Verified Purchase
Fractured read ,was hard to follow at times. The dreams ....
Read more
Helpful
Report abuse

Briennai Jackson
5.0 out of 5 stars Amazing start to a new fantasy series about fantasy, romance, and magic.
Reviewed in the United States on April 22, 2019
I loved Kat, and I felt so bad for her. She never really wanted to be a woman, she just wanted to keep being a child so that she would keep her freedom. Now, she has to go through an embarrassing "first blood" ritual, and then she must be engaged/betrothed to a random man from another kingdom. She does everything in her power to put off this ceremony, but her younger sister has already gone through the ceremony and her mother keeps pushing her to become a woman.

Cronshaw does a good job of showing how sometimes sisters can mature at different levels. Elizabeth was really too young to realize the trouble she was going to be in once she goes off with her betrothed, a much older man. But she feels that she is more mature and responsible than Kat, a girl who won't let go of her childhood to become a woman. Kat knows more than Elizabeth, but she doesn't want to play along to appease her sister or her mother. She will fight this ceremony until the last second and fight the betrothal even longer.

I hope that Kat is able to salvage her relationship with her younger sister. Her younger is going to need her help throughout or either to escape this marriage that is definitely going to hurt.

The romance in this book was sweet. It was very innocent, as Kat is still only in her early teens. I liked seeing the two have feelings for one another, but still trying to keep things secret to not get in trouble. I hope that they are able to continue the romance in future books, but this book ends on such a huge cliffhanger that I don't know what could happen in future novels.

I would recommend this book to anyone looking for an upper YA fantasy novel with a coming-of-age storyline.

I received an advanced copy of this book and this is my voluntary review.
Read more
2 people found this helpful
Helpful
Report abuse

Necdoo
4.0 out of 5 stars Kat learns a lot about becoming an adult
Reviewed in the United States on December 29, 2019
I bought the bundle and I am reviewing each book as I finish reading it.
This review is for the first book in the series: The Magician.
I didn't like Kat at the beginning. She comes across as a typical spoiled teenager who wants all of life to go her way. Life is unfair and Kat learns that the hard way. The more that I read, the more I could relate to Kat. She is kind and caring in a time where women don't have much say in their lives. The book has a lot of bullies. The characters are well developed. Each person has their own distinct personality. The storyline flows well. There a lot of drama which is to be expected based on the timeframe. The world-building is good. I look forward to reading the next book.
Read more
2 people found this helpful
Helpful
Report abuse
See all reviews