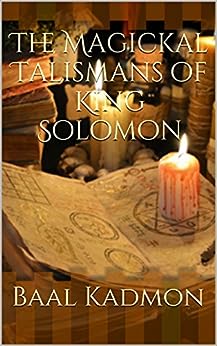 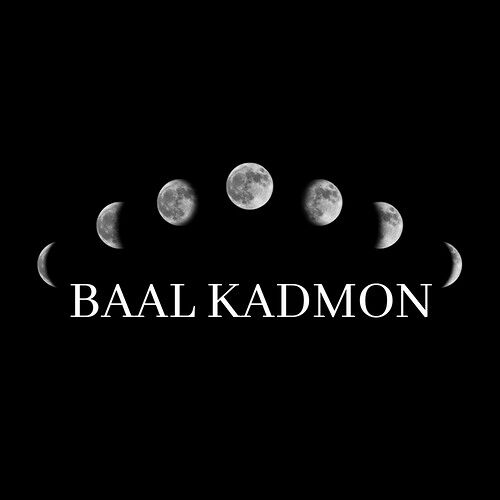 by Baal Kadmon (Author) Format: Kindle Edition
See all formats and editions
Sorry, there was a problem loading this page. Try again.
Throughout my many years in the occult, I recall many wonderful things. I was enamored by so many different systems that I just had to try them all. For the most part, I did. Some with great success and some not so much. One aspect of the magickal practices that really interested me was the use of talismanic or seal magick. I used all kinds of talisman, and each had its own energy and feel. However, I found the Seals of Solomon (also known as the Talismans of Solomon or the Pentacles of Solomon) to be very interesting. Partly because there is so much information about them, finding the information was a breeze. Well, as easy as it could be in the early 80s. Now one can find almost everything about them on-line. There is one problem though, the information on-line and in many books on the subject are very difficult to understand, and as you may have guessed, if you have read my other books, I don’t use conventional methods when I preform magick. I found the convoluted and difficult ways described in the books to be a distraction. A distraction that will most likely turn many people off. It is for this reason I am writing this book.

We tend to hyper-focus on the Judeo-Christian aspects only and for the most part that is what I will also do in this book as well. However, there is also another, just as ancient tradition of Solomonic magick in Muslim tradition as well. I will attempt to synthesize all the information in such a way that will make the use of Solomonic talisman effective and approachable… With that, let us begin.

Baal Kadmon is an Author, and Occultist based out of New York City. In addition to the Occult, he is a Scholar of Religion, Philosopher and a Historian specializing in Ancient History, Late Antiquity and Medieval History. He has studied and speaks Israeli Hebrew · Classical Hebrew · Ugaritic language · Arabic · Judeo-Aramaic · Syriac (language) · Ancient Greek and Classical Latin.

Baal first discovered his occult calling when he was very young. It was only in his teens, when on a trip to the Middle East that he heeded the call. Several teachers and many decades later he felt ready to share what he has learned.

His teachings are unconventional to say the least. He includes in-depth history in almost all the books he writes, in addition to rituals. He shatters the beloved and idolatrously held notions most occultists hold dear. His pared-down approach to magick is refreshing and is very much needed in a field that is mired by self-important magicians who place more importance on pomp and circumstance rather than on magick. What you learn from Baal is straight forward, with no frills. Magick is about bringing about change or a desired result; Magick is a natural birthright…There is no need to complicate it. Don’t you agree?

Amazon Customer
5.0 out of 5 stars Excellent book
Reviewed in the United States on December 6, 2019
Thank for publishing this kind of valued book.I have been searching this kind of book to charge the talismans.Thanks a lot.
Images in this review

Elwhite369
5.0 out of 5 stars Keys of Solomon Simplicity for Modern Times
Reviewed in the United States on March 27, 2020
Verified Purchase
Although previously and lightly familiar with the Keys of Solomon, I desired to study and begin to utilize the keys in my downtime. I’ve been studying for the past two weeks now, combing through the Clavicula Salomonis. Being the authoritative work on the subject, I thought this one book would get me started on using the keys. But as I read through all I could think was how excessive and out of touch it is. In Baal Kadmon’s book, he breaks down the key points so simply. I read through in 2 days and I feel prepared to begin using the keys. Clavicula Salomonis is useful to have, but this book removes the fluff so I can begin implementing the keys today!
Read more
20 people found this helpful
Helpful
Report abuse

Sabei
5.0 out of 5 stars Excellent book
Reviewed in the United States on December 6, 2019
Verified Purchase
Thank for publishing this kind of valued book.I have been searching this kind of book to charge the talismans.Thanks a lot.
Read more

5.0 out of 5 stars Excellent book
By Sabei on December 6, 2019
Thank for publishing this kind of valued book.I have been searching this kind of book to charge the talismans.Thanks a lot.
Images in this review

I like word it on a piece of paper in my own words, so it is connected to the person it belongs too when I charge it. These talisman's don't need charging as the the patterns vibrate with each other like energy. I just charge it, to connect it to the owner.

LLG
5.0 out of 5 stars GREAT READING
Reviewed in the United States on March 27, 2021
Verified Purchase
I totally enjoy reading Mr. Kadmon's books and listening to his podcasts. I always learn something that will stick with me and peak my interest. This book was no different. I enjoyed it and this book shall become a book that I will read multiple times.

And for those who are wondering, yes I did perform a ritual from the book. I am sitting here writing reviews as I have not yet found fortune, wealth, or fame!!!

sheila 1977
5.0 out of 5 stars Exactly what it says, lacks greater seals
Reviewed in the United States on January 11, 2020
Verified Purchase
Great book it lacks the major seals of Solomon however. New to this type of thing. Simple method doesn’t take a lot of tools just typical alter items candle, incense. I have a problem ordering angels to do anything however so I am looking at GOM books.
Read more
4 people found this helpful
Helpful
Report abuse

The Middleman
4.0 out of 5 stars I Had An Old Key of Solomon Pendant ...
Reviewed in the United States on November 3, 2018
Verified Purchase
I had an old silver key of Solomon pendant that needed charging. This book was perfect for that.
Read more
11 people found this helpful
Helpful
Report abuse

david elliott
5.0 out of 5 stars OUTSTANDING!
Reviewed in the United States on February 9, 2016
Verified Purchase
Baal kadmon has given us another excellent book here and that's no surprise, but I must say that even by his high standards this is a winner.I got it on kindle first but then realised that the paperback is better because you need to copy/print the talismans so now the paperback is on it's way. The author gives a whole load of history on Solomon and that is not only fascinating but really helps to get a feel for the Magick.I have had huge success with Baal Kadmon's books and am really looking forward to getting going on this stuff because it really resonated with me when I read it.This is a winner!
Read more
28 people found this helpful
Helpful
Report abuse

VAUSMCMoM
5.0 out of 5 stars Amazing Book
Reviewed in the United States on June 29, 2022
Verified Purchase
This is an amazing Book, it's well written, and the instructions are very easy to
follow for each key of King Solomon. I'm very happy that I found this book on audible and Kindle. I'm definitely recommending it. It's a must for the serious magicians.
Read more
Helpful
Report abuse
See all reviews

Kindle Customer
5.0 out of 5 stars An Iluminating Explanation
Reviewed in the United Kingdom on November 22, 2021
Verified Purchase
Ball Kadmon explains the background to Solomonic Talismans, how to make them, consecrate and use them.
Very useful information indeed.
Read more
Report abuse

mister wealthy
5.0 out of 5 stars Five Stars
Reviewed in the United Kingdom on May 17, 2016
Verified Purchase
It works
Read more
Report abuse