You've subscribed to Arcadia Global! We will preorder your items within 24 hours of when they become available. When new books are released, we'll charge your default payment method for the lowest price available during the pre-order period.
Update your device or payment method, cancel individual pre-orders or your subscription at
Your Memberships & Subscriptions
There was an error. We were unable to process your subscription due to an error. Please refresh and try again. 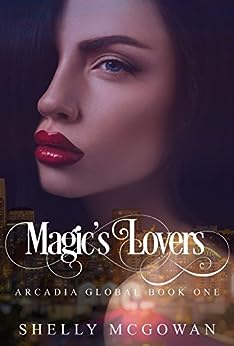 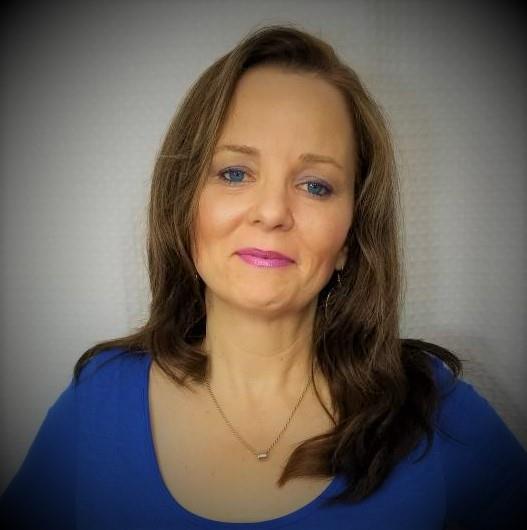 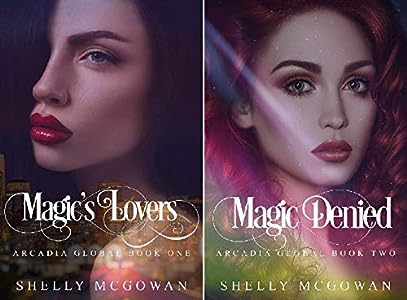 S. Ford
5.0 out of 5 stars Loved it!!
Reviewed in the United States on August 17, 2016
Verified Purchase
I love reading books when an author can put a new spin on a paranormal beings and Shelly did just that in her book Magic’s Lovers. I haven’t read a book with sorcerers and sorceress like this before where they inherit their magic after a family member passes away and that is what happens to the heroine Shay.

What can I saw about Shay other then I love her. Everything she thought she knew about herself and her family is completely turned upside down the day after her grandmother passes away and she inherits all her powers. Shay is quickly thrown into a world she didn’t know existed and she has to learn fast who she can trust and who is out to destroy her. Luckily for Shay her grandma has made sure to enlist the help of people who Shay has known all her life and a couple she hasn’t like our hero Pierce.

I really enjoyed all the characters in this book even the villains as they are all written so well and you feel like these are people you could know and be friends with or even family. Some of my favorite scenes are with Shay and Pierce. They have an instant connection and you can feel how they feel which goes back to how good Shelly has written her characters. As much as I enjoyed watching the romance between the characters the story is what I feel in love with the most.

If you are looking for a book that is filled with twists and turns, magic, secrets, but most of all the love of family and friends who will stand by you even at your darkest time then I highly recommend Magic’s Lovers. I am definitely looking forward to reading more from Shelly and hopefully it will be more in this world as there is so much potential for this to become a series.
Read more
5 people found this helpful
Helpful
Report abuse

This is a who-dunnit thriller and romance all rolled into one great story and it is all steeped in magic. There are body guards, investigators, healers, truth tellers, juries made up of council members, and the only requirement that they all have in common is that they are all part of an exclusive world-wide community of magic.

Some magical powers can be present at birth, while other much stronger powers can be inherited upon the death of a member of the family. Regardless of where their magic comes from if they do not handle it responsibly they risk either having their powers stripped from them or being terminated. The councils and individuals completely police themselves from within. The author takes the reader on a true adventure, explaining clearly the twists and turns of sorcery. The strongest members in the closed society can be powerful in one element or all four elements, wind, rain, earth and fire.

The story begins with the passing of Shay Mallory's beloved Nanna, her grandmother. Nanna had been a powerful sorceress and a high ranking council member. Until her death, Shay knew nothing about magic but immediately when her Nanna dies Shay gets all her powers at once. Not knowing what is happening, they completely overwhelm her. Before she has time to understand anything happening to her, her grandmother's sorceress friends descend on her to help. Shay is suddenly communicating with some of them in her head, and every time she touches a wall or a grounded chair or table, her house talks to her and tries to guide her. Shay learns quickly that when she becomes emotional or angry, things start to happen, like the house walls begin to tremble, or furniture starts to levitate.

As family and friends arrive to grieve with her over the loss of her precious Nanna, one of her grandmother's closest friends brings along her grandson, Pierce Gresham. He is an extremely powerful sorcerer and she has supposedly been engaged to him for years, although she had never met him. He more or less moves in with Shay but she is careless with some of her magic and he ups and leaves. Devastated, Shay begins to concentrate on learning her powers and skills.

When it is determined that her grandmother did not just die of old age, but was in fact murdered by magic, Shay's training to control her powers ramps up even more. With the house showing her what transpired in the past, she watches the family bodies start to mount. Her Nanna, her father, her father's sister were all killed by magic.

The only regret I have about this book is that apparently it is the first book by this author. I honestly did not want it to end. I hope she will continue writing, and writing fast, because I so want to read more from her. What a great debut book!
Read more
3 people found this helpful
Helpful
Report abuse

Caledonia
5.0 out of 5 stars This book was recommended in a blog I read
Reviewed in the United States on February 24, 2017
Verified Purchase
I had stopped reading paranormal for a while, it seemed to have become so much trope. This book was recommended in a blog I read, so I looked it up on Amazon and read the sample, I was hooked. There were some parts of the book that didn't feel cohesive but not enough to detract from the story. This kind of has the flavor of Lauren Danes Bound By Magic Series. A well crafted world and all of the characters were well thought out and had depth. I am looking forward to the next book in the series.
Read more
3 people found this helpful
Helpful
Report abuse

Kim M.
5.0 out of 5 stars Try this book, you won't regret it!
Reviewed in the United States on August 22, 2016
Verified Purchase
Really enjoyed this book! I enjoyed that this book is different, with a strong heroine. Shay's strength grows as she comes into her powers. I don't want to spoil the book but there are some very cool elements that come into play as she gains her powers and as she takes over her Nanna's home.
Great villains and twists and turns keep your eyes on the page as the book turns.
Read more
2 people found this helpful
Helpful
Report abuse

Kindle Customer
4.0 out of 5 stars Really enjoyed o yes this book
Reviewed in the United States on March 25, 2017
Verified Purchase
This was really good and it was hard for me to put the book down because things were happening one right after the other. The story line of magic for good and bad was very interesting. I think the few sexual scenes, if added to enhance the story, weren't needed because the story itself was enough to keep you flipping the pages. I'm looking forward to the next book in this series.
Read more
One person found this helpful
Helpful
Report abuse

PEGGY
5.0 out of 5 stars Great find
Reviewed in the United States on December 2, 2016
Verified Purchase
I ran across this and decided to give it a try and I'm glad I did. Loved the story. It needed a little more editing but nothing to take away f r on the story. I personally don't care for the explicit sex scenes so I skip over but others want them. Hopefully a sequel is coming.
Read more
2 people found this helpful
Helpful
Report abuse

Kari
4.0 out of 5 stars Fun introduction to a magical realm
Reviewed in the United States on December 26, 2016
Verified Purchase
This is a very entertaining read. The author does a great job world-building the community of people with magic powers within the larger society. The challenges and transformation of the main character are relatable and realistic within her magical world. I can't wait to read more about the whole group of characters.
Read more
One person found this helpful
Helpful
Report abuse

Katarina Schick
4.0 out of 5 stars This book grabbed me right away
Reviewed in the United States on September 28, 2017
Verified Purchase
I started reading this book and immediately I was drawn into the character's lives. I love the combination of the romance with the magical intrigue. The characters in Magic Lovers truly came alive as I continued to read it. I truly didn't want to put it down. I can't wait to read her next book I am hoping that it will have some of the same people and I will get to see their story unfold. Great story line with just the right amount of romance and magical intrigue.
Read more
Helpful
Report abuse
See all reviews
Back to top
Get to Know Us
Make Money with Us
Amazon Payment Products
Let Us Help You
EnglishChoose a language for shopping. United StatesChoose a country/region for shopping.
© 1996-2021, Amazon.com, Inc. or its affiliates