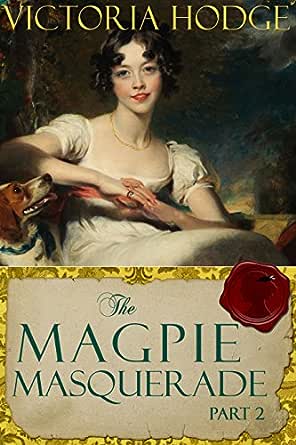 You've subscribed to The Magpie Masquerade! We will preorder your items within 24 hours of when they become available. When new books are released, we'll charge your default payment method for the lowest price available during the pre-order period.
Update your device or payment method, cancel individual pre-orders or your subscription at
Your Memberships & Subscriptions
There was an error. We were unable to process your subscription due to an error. Please refresh and try again. 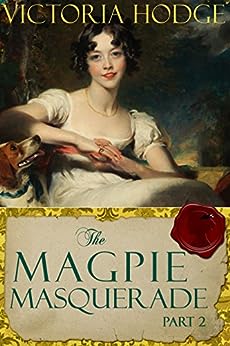 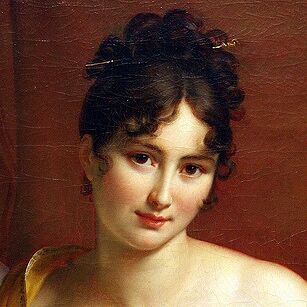 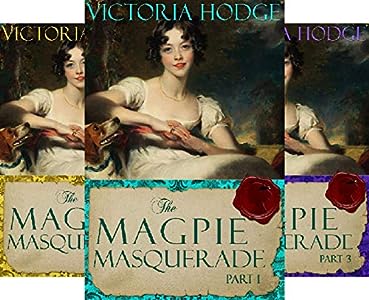 AUTHOR'S NOTE: Rated PG for occasional very mild swearing (e.g. "damn").
This is a SERIAL novel, told in installments. Think of it like a mini-series!
Part 2 (of 6) is approximately 21,000 words.
All 6 installments PLUS bonus short story are now also available on Amazon KU in one book for only $6 .99!  The Magpie Masquerade (Parts 1-6 and Bonus Story)

Cory blue
5.0 out of 5 stars Fun to read
Reviewed in the United States on April 3, 2015
Verified Purchase
W
Magpie is a real find-- can’t wait for more!

So happy to come across this traditional-type Regency. It reminds me of some of Georgette Heyer’s books. Marjorie the “Magpie” secretly writes a gossip column so she can earn money to get away from her awful aunt. Fin the new Earl of Drake has to give up the navy and find a bride to preserve the family name. They have to discover they’re meant for each other, but a lot stands in their way. Looking forward to see how this budding relationship develops and how it will work out in the end. If you like sweet Regencies, definitely check out the Magpie Masquerade.
Read more
One person found this helpful
Helpful
Comment Report abuse

crb.writer
5.0 out of 5 stars Can't wait for more Magpie escapades!
Reviewed in the United States on June 3, 2015
Verified Purchase
After reading Part 1, I decided to wait to finish until I had all the parts in hand. That lasted as long as a typical New Year's resolution. I so enjoy these characters and this world and the delicious scandals brewing. Excellent entertainment!
Read more
One person found this helpful
Helpful
Comment Report abuse

K squared
5.0 out of 5 stars EXCEEDS EXPECTATIONS (high after 1st installment)
Reviewed in the United States on April 6, 2015
Verified Purchase
Can't wait to read the rest of the installments. has everything We love about the regency romances. "Hodge" is a great writer. Anyone know anything about her? And is nuncheon really a word? It's frustrating to have to read something else while I am waiting for the next installments!
Read more
One person found this helpful
Helpful
Comment Report abuse

Podsky
5.0 out of 5 stars Such a great book!
Reviewed in the United States on April 6, 2015
Verified Purchase
Couldnt wait to read part 2 after finshing part 1. Now waiting for the release of Part 3. Such a great book!!
Read more
One person found this helpful
Helpful
Comment Report abuse

Donyellemary
5.0 out of 5 stars Bravo!
Reviewed in the United States on May 17, 2015
I just finished the second installment of the Magpie Masquerade and it was so....good. I am really growing fond of the Earl, and I am so glad the author has kept Belinda sweet natured. I will be purchasing part three directly.
Read more
2 people found this helpful
Helpful
Comment Report abuse

Iinksil
4.0 out of 5 stars Just as witty and well thought as part 1
Reviewed in the United States on April 17, 2015
I am enjoying this series immensely. The quick-witted heroine as the magpie, her shy-sweet though not as quick cousin Beatrice and naval captain turned earl Fin. Even the often intolerable Aunt is lovable. Regency written with humor, imagination and fondness. I very much look forward to the future parts and highly recommend this mini-series to other regency fans!
Read more
One person found this helpful
Helpful
Comment Report abuse
See all reviews

Girlreading
3.0 out of 5 stars Sales Ploy?
Reviewed in the United Kingdom on May 6, 2015
Verified Purchase
I really enjoy the first 2 instalments of the story the plot is clever and quirky, but it is getting only 3 stars as I am tired of being fed 50 pages at the time. Also the instalments are sold at over £1.00 each ... 10 instalments £10?? It is starting to look like a clever sales ploy. I will purchase the whole book when it is complete, if ever.
Read more
Report abuse
See all reviews