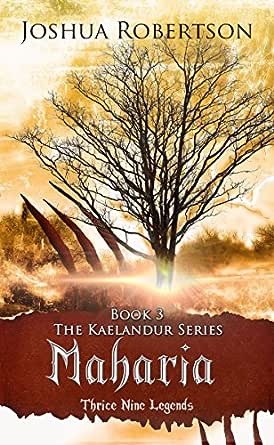 You've subscribed to The Kaelandur Series! We will preorder your items within 24 hours of when they become available. When new books are released, we'll charge your default payment method for the lowest price available during the pre-order period.
Update your device or payment method, cancel individual pre-orders or your subscription at
Your Memberships & Subscriptions
There was an error. We were unable to process your subscription due to an error. Please refresh and try again. 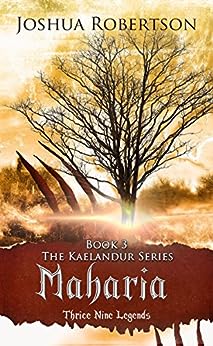 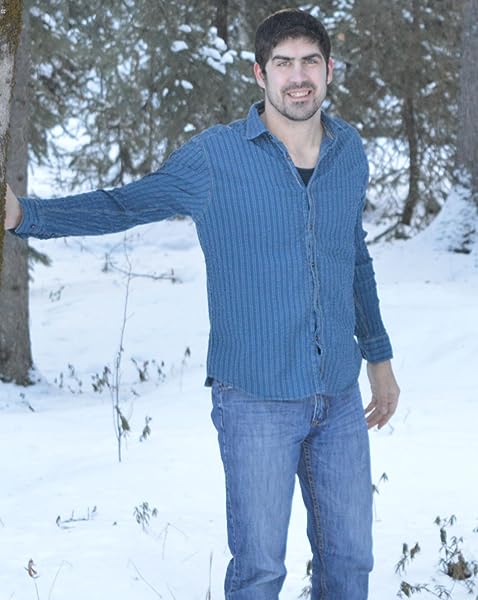 In Maharia: The Kaelandur Series Book 3 by Joshua Robertson, a year has passed since Branimir, Adamus and Sulanna arrived in Gaetana when a former enemy arrives with a message from Dorofej. Although the group is hesitant to trust her, Alyona's tidings are impossible to ignore: Eisliev has returned from the Netherworld to seek out kaelandur. The group just barely evades the Patrician of the Kadari as they leave Gaetana and head north, bound for the ancient city of Iriy to seek the counsel of the gods. Perils await them on the road as the Kadari continue to hunt them, and there's no guarantee that the gods' assistance will align with the group's desire to destroy kaelandur once and for all.

It's both odd and delightful that Branimir is without Dorofej's company for the majority of Maharia. I did miss Dorofej a little, but enjoyed being with Bran far more. The growth this character has undergone never fails to astound me and I honestly think Branimir's development outshines anything I've ever read before. I have mixed feelings about the denouement. The major plot points of the Kaelandur series reach a thrilling yet bittersweet conclusion, but a few critical loose ends remain. I can only assume these unresolved story points tie into other books in the greater Thrice Nine Legends Saga in the same way that events in the short story The Name of Death briefly enter Maharia. I'm mostly satisfied with the ending, yet I also need more. Robertson blends spectacular world building, memorable characters, and an intricate, remarkably elaborate plot into an unforgettable adventure. - Reader's Favorites

Joshua Robertson was born in Kingman, Kansas on May 23, 1984. A graduate of Norwich High School, Robertson attended Wichita State University where he received his Masters in Social Work with minors in Psychology and Sociology. His bestselling novel, Melkorka, the first in The Kaelandur Series, was released in 2015. Known most for his Thrice Nine Legends Saga, Robertson enjoys an ever-expanding and extremely loyal following of readers. He counts R.A. Salvatore and J.R.R. Tolkien among his literary influences. --This text refers to the paperback edition.

A. S. Bright
5.0 out of 5 stars Fantastic Author!!
Reviewed in the United States on April 18, 2017
Verified Purchase
I love Maharia! The characters are solid, and the story just reels you in from beginning to end. All of Josh Robertson's books are great and fast to read! Thanks Josh for sharing your talent with us. :o)
Read more
Helpful
Comment Report abuse

Heidi Angell
4.0 out of 5 stars Seriously, We Have to talk!
Reviewed in the United States on September 7, 2017
This is the third and final book of the Kaelandur trilogy, but it isn't the end of the Thrice Nine Legends. For those who missed my review of Melkorka, and Dyndaer, those are kind of important to this discussion. So, I had a little "rant" on Facebook the other day about the end of this series.

But I want to talk about Maharia specifically today. This is definitely the darkest book in the trilogy. I actually needed a couple of days in the middle to process a scene that crushed my soul. Seriously, still processing! But it makes sense. I mean, in a series where demons were flooding the earth and a little Kras is left wondering if he's the hero, or working with the villain, it is tough.

And this whole series has very carefully reflected a lot of issues we experience every day in our own lives. One could sit back and reflect on so many issues, but the author is very careful in the way that he lays out the story to not make any judgments, but to leave the reader up to deciding. Heavy thoughts buzzing through my head after finishing the series.

There is this interesting introspection on religion that comes up in the series with Alden and Sulana, and ends quite unexpectedly (though the author assures me that I will find more information in some of the other Thrice Nine Legends books!) One of the characters, Alden, is a devout worshiper of his God, and participates in some strange religious practices as forms of penance (very reminiscent of some of the things that were going on in Christian history which led to the Council of Nicaea.) Each character has a different view of the Gods, and through their views and reflections, one can delve into a philosophical debate in ones own mind looking at the various world religions of today and seeing the chaos that it causes.

The author also plays with the concepts of right and wrong, The idea of loyalty, the constant struggle of the few vs the many, the idea of happiness, and many others. And the author presents these thoughtful nuggets in a space that leaves the reader open to explore their own thoughts and ideas on each without being forced to believe one thing or the other. And it is this thoughtful approach that leads me to make the call that, despite some pretty heavy and dark scenes in Maharia, I want my boys to read this. I want to have these discussions with them. And I want to have these discussions with others, so everyone should go out and read this series. Seriously, we have to talk!

CAP
4.0 out of 5 stars Good Dark Fantasy
Reviewed in the United States on December 18, 2018
Dark and full of action like the last two. Again, Branamir is the lead character, and about the only person in the series you can really attach yourself to. It seems everyone else has a short shelf life, that as a reader it puts you away from trying to connect with anyone too deeply. You never know how long they're going to last. There were plenty of twists and turns, and a clear goal in mind. Instead of the whole series revolving around a ring, it all revolves around a special dagger, which has as many positive qualities as it does negative qualities. And, it is the key to survival, as well as death. If you like a darker fantasy, full of action, you'll love the series that Joshua Robertson gives you.
Read more
One person found this helpful
Helpful
Comment Report abuse

Donna Reynolds
4.0 out of 5 stars Epic Fantasy
Reviewed in the United States on September 16, 2018
Overall this is a good book and full of action. This is the first book I’ve read in the series, and it took me about an hour to really understand what was going on. If I had read the other books in the series as well I may have gotten into the story more. The narrator of this audiobook did a really good job with all of the many character voices; however, because the story starts off with a character that sounds similar to Yoda, and not knowing the characters beforehand, I really wasn’t sure I was going to be able to complete it.

After listening to the story for a while I got into the plot and the action scenes and the odd voices of the many mystical creatures didn’t bother me so much. Great epic fantasy, intricate world building, and loaded with action. I plan to go back and read the other books in the series as well because this author is great at painting visual pictures and building characters.

I was given this free review copy audiobook at my request and have voluntarily left this review.
Read more
Helpful
Comment Report abuse

Emily S.
4.0 out of 5 stars All good things must come to an end.
Reviewed in the United States on March 31, 2017
Just finished the book, and I have to say that I don't think I've ever read a fantasy with such a complex and well-thought-out story world. The lore and backstory that Robertson weaves through his books is masterful and you can tell he really has a passion for his world.

The pacing was steady and the characters always seemed to be moving toward the end goal, but the fact that my favourite character from the trilogy wasn't in the book until the final few chapters was a little disappointing. That's just my own personal opinion and doesn't detract from the story itself, which ties up fairly well in the end. You get a sense that there's still more to do, but not for the characters of this trilogy, and I'm okay with that.

I would recommend this trilogy to anyone who loves epic fantasy with intricate lore and rich layers of world building.
I look forward to future books from Robertson.
Read more
One person found this helpful
Helpful
Comment Report abuse
See all reviews