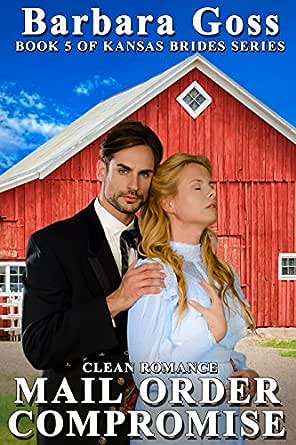 You've subscribed to Kansas Brides! We will preorder your items within 24 hours of when they become available. When new books are released, we'll charge your default payment method for the lowest price available during the pre-order period.
Update your device or payment method, cancel individual pre-orders or your subscription at
Your Memberships & Subscriptions
There was an error. We were unable to process your subscription due to an error. Please refresh and try again. 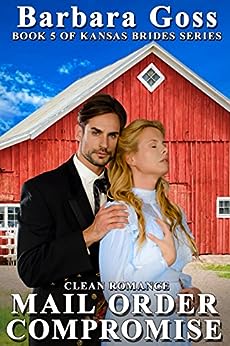 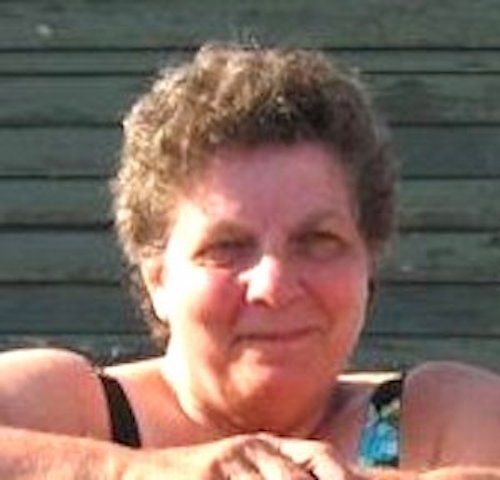 An Amazon Book with Buzz: "The Second Home" by Christina Clancy
"A sure-footed ode to the strength of family, the depth of loss, and the power of forgiveness." - J. Ryan Stradal Learn more
click to open popover
Books In This Series (5 Books)
Complete Series 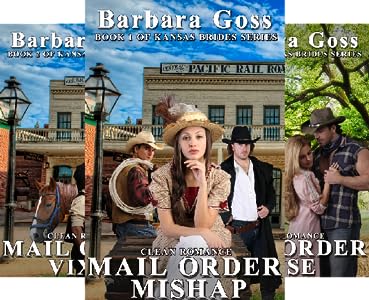 Kimzangel
5.0 out of 5 stars Can love truly conquer all? Sarah seems to have a black cloud over her, and now it has followed her all the way to Kansas!
Reviewed in the United States on February 6, 2017
Verified Purchase
After witnessing Elaina and Pete's love, Brock decides that he too wants to try and get himself a mail order bride. With Elaina's suggestion of writing Sarah, her best friend, he decides it is worth a shot. He wants to marry a woman that loves him, not a woman that is only interested in his riches. So he comes up with a plan that will illustrate to her that he is just your average Joe. He shows her, Pete's old house, which she likes, and Brock can't believe his ears. She tells him she wants to do everything herself, so when Brock lets her know he is rich, she wants to stay in the farmhouse, and fix it up. On an ordinary day, she goes to the farmhouse to remodel, and the bank robbers want to exact their revenge, but there is one problem: It's not Elaina but Sarah. After this ordeal one day Sarah learns a secret about Brock, and she decides to leave him and stay with Pete and Elaina until she can annul their marriage. Will Sarah ever be able to trust Brock again? Will she get her marriage annulled and move out of town or stay there? Will Brock ever understand what he did to his wife to make her act in such a haste, without even talking to him first? Can they move past his secret or is it too much for Sarah too handle? Will Brock be able to convert Sarah to believe in God? What can he say or do to make her change her mind? She had a rough childhood, and is mad at God for not getting her out of her situation. Why would the ole powerful God, not save her from her daily nightmare? She had to free herself.

Poor Sarah! It seems that throughout her entire life, she has had this black cloud over her, and she believes the only person who can help her from under this cloud is herself. She does not understand why God would turn his back specifically on her. It seems as if the black cloud followed her all the way to Kansas. Barbara pulled more twists and turns than I was thinking so I was shocked about one of Brock and Sarah's trials. God tries to get our attention and if we are not looking, He will subtly attempt again and again. There will be trials in all our lives, (as it states in the Bible) but if we have God to get through them, then these trials are little compared to the reward at the end: Heaven!

NLC
5.0 out of 5 stars Mail Order Compromise
Reviewed in the United States on March 6, 2017
Verified Purchase
Barbara Goss has another terrific book on her hands. I can only imagine how hard it must have been for a young woman to travel anywhere outside her community to face the unknown, especially if she was already dealing with a destructive home life. I never thought, until now, how hard it must have been for the men! Then, as now, the wealthy had to be concerned about being married for money with no affection; but, also, how hard it must have been to have a woman arrive, expecting marriage, and have no clue what type of person she truly was. What if she was only after his money or just the travel expenses, or didn't know how to cook, didn't want children, no faith in God and so much more--for both male and female. In this particular story the young woman arrived expecting to marry a bank teller. The trials she had to deal with from birth to leaving her home were difficult enough; but, then to face so much danger upon arriving to her "new" home kept me in suspense. As for the young man, he was wealthy; but, he did NOT want to be married for his money. He wanted to marry a woman that trusted and believed in the Lord and that would care for HIM as a person. Does that happen in this book? Or are the differences between them too great? Does the woman survive all she has to face in this story? This is a definite must read for all ages.
Read more
2 people found this helpful
Helpful
Comment Report abuse

Ginny LaMere
5.0 out of 5 stars Wonderful Sweet and Hopeful
Reviewed in the United States on February 6, 2017
Verified Purchase
I loved this sweet romance story, Sarah goes to Hunter's Grove to meet Brock and possibly marry. Sarah had a bad childhood and thinks Godhad forgot her, Brock is a very strong believer when he learns Sarah doesn't go church and how she feels about God he realizes they can't marry, but then he comes up with a compromise so that they can may and he hopes he can change her mind about God.
I don't want to say to much and give away the story but I love how after certain events Sarah grows in her faith and she's and Brick get their Happily Ever After

Donni
5.0 out of 5 stars Interesting
Reviewed in the United States on May 4, 2017
Verified Purchase
I liked the twists and turn. It keeps you wondering what is next. The back ground of the heroine could have been detailed more to make the story more suspenseful.
Read more
One person found this helpful
Helpful
Comment Report abuse

Betababe
5.0 out of 5 stars Memories
Reviewed in the United States on June 21, 2017
This is the second "Kansas Brides" and third of Ms. Goss' novellas I have enjoyed. All her titles appear to be Western Christian romances and all three have involved Mail Order Brides, which introduces extra layers of intrigue into the mix. This one focuses more heavily on Christian Testimony than have the others and the questions of faith are more central to the plot which also involves bank robberies and deception as well as the "basic" romance. NO I'm not going to tell you more--no spoilers!

I had the pleasure of listening [AUDIO] to excellent narration which kept me as deeply involved as an old-time radio play. Although the end of the previous book sets the stage for this one, if you've read NONE of the other tales, you will not be lacking in any of the critical details of background so feel comfortable starting here.

DISCLAIMER: “I was voluntarily provided this free review copy audiobook by the author, narrator, or publisher.” Well, actually, having enjoyed the other titles I ASKED for this copy when I saw it on the reviewer list! I try to take care of myself =o]
Read more
Helpful
Comment Report abuse

April H.
4.0 out of 5 stars Barbara Goss This is another sweet clean western historical fiction romance
Reviewed in the United States on May 17, 2017
Mail Order Compromise
: Barbara Goss

This is another sweet clean western historical fiction romance. The characters are not very trusting, Brock thinks all women are gold-diggers and Sarah has little trust for men in general. Throw in situations to test their relationship and the listener keeps hanging on to see if love will win.

The narration was well done. The characters were well portrayed by Reagan Boggs.

"I was given this free review copy audiobook at my request and have voluntarily left this review."
Read more
One person found this helpful
Helpful
Comment Report abuse
See all reviews from the United States