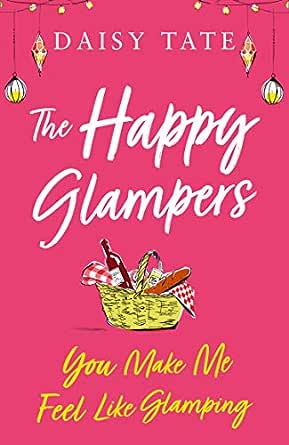 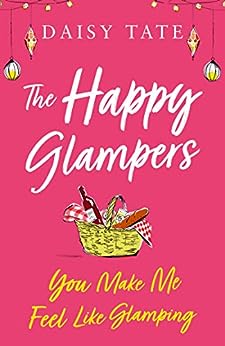 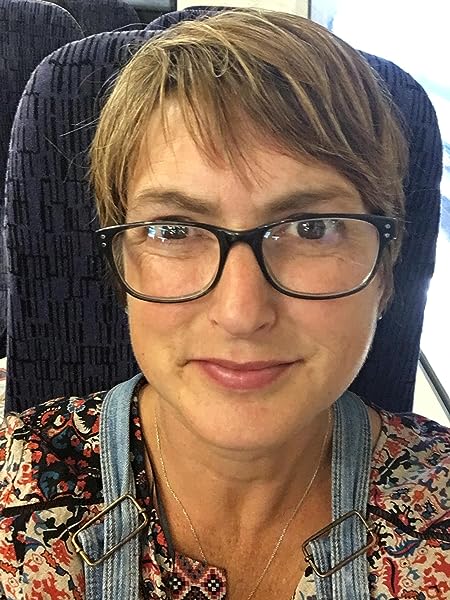 You Make Me Feel Like Glamping (The Happy Glampers, Book 1) Kindle Edition

4.5 out of 5 stars
4.5 out of 5
23 customer ratings
How does Amazon calculate star ratings?
Amazon calculates a product’s star ratings based on a machine learned model instead of a raw data average. The model takes into account factors including the age of a rating, whether the ratings are from verified purchasers, and factors that establish reviewer trustworthiness.
Top Reviews

Meeshy
5.0 out of 5 stars An Absolute Treat!
Reviewed in the United States on September 5, 2019
Verified Purchase
Drifting too far from the ideals of your youth? Nothing like reconnecting with your best friends from your best times to press your reset button!
This book was a beautifully written joy to read. I just bought part two because I just don't want to let these characters go yet. Inspired and funny, Daisy Tate is a great new author!

Laura M.
4.0 out of 5 stars Light& fun
Reviewed in the United States on August 16, 2019
Verified Purchase
This was a light and fun read. I was stuck at the airport all day waiting for a delayed flight and I was happy to have this book to pass the time.
Read more
Helpful
Comment Report abuse
See all reviews from the United States

Avid Reader
5.0 out of 5 stars An Entertaining Read, Very Well Written, Great Book!
Reviewed in the United Kingdom on March 20, 2020
Verified Purchase
You Make Me Feel Like Glamping by Daisy Tate is Book 1 - there are four books in the series.

A fantastic read where we learn about the lives of four friends who used to go to University together - Freya, Emily, Izzy and Charlotte. We learn about their personalities, their friendships, their relationships and their thoughts and feelings and their secrets ... The book tackles the problems and issues many of us all face. It also brings up the question of who can you really trust? Is anyone keeping any secrets from their past? Surely you can trust your University friends from all those years ago, despite the fact you have not been in touch with them for many years. They couldn’t have changed that much could they?

You Make Me Feel Like Glamping is such a well written book, very funny and easy to read. I loved reading about each of the characters’ lives. Daisy gives us so much depth to them, you feel you know them so well and get connected with each of them, wanting to know so much more. I can't wait to read Book 2 - Do You Really Want to Yurt Me? - to find out what happens next with the four ladies.

The Reading Room
3.0 out of 5 stars Far More Chick-Lit Than LesFic
Reviewed in the United Kingdom on August 5, 2019
Verified Purchase
Only a hint that there may be a lesbian among the characters, and there was certainly no romance! – 3 Stars

“You Make Me Feel Like Glamping” is a tale about four women who were friends at university. Having all but lost touch with each other over the years, when Charlotte invites the other three to help celebrate her 40th birthday, they agree to meet at a glamping site.

I was very tempted to give this 2 Stars, but I’m erring on the side of generosity as this is Book 1 in a series of four. Perhaps, by the end of the series it does reveal itself a lesbian romance, but in this book, there was nothing more than a hint that one of the characters might be a lesbian, and certainly no romance. On those grounds, I think I’m being fair to suggest that categorising this particular book as a ‘Lesbian Romance’ is more than a little misleading.

The story does have its highlights, and it opens-up plenty of questions about the lives of the women. (Presumably, these are to be explored further in the remaining books.) It’s an undemanding read, and If you like stories about women who can drink their own weight in alcohol while putting-up with philandering husbands, worrying about their financial status, or fretting over their children, then this might appeal.
Read more
Helpful
Sending feedback...
Thank you for your feedback.
Sorry, we failed to record your vote. Please try again
Report abuse

Jan Hocking
5.0 out of 5 stars So eager to find out what happens next
Reviewed in the United Kingdom on September 6, 2019
Verified Purchase
I took this with me to read while camping at a music festival - and it was just the thing.
It's a wonderful story of female friendship - and how we can sometimes just learn to live with things we don't really like, because that's the easy way out.
It's funny and heartwarming - but at the same time the problems these characters face are very real and not at all uncommon.
It's the first part of a series.. I'll be reading the next one without waiting for another music festival.
Give it a go - you won't regret it.
Read more
Helpful
Sending feedback...
Thank you for your feedback.
Sorry, we failed to record your vote. Please try again
Report abuse

Jobbiebell
5.0 out of 5 stars Fabulous Female Friendships
Reviewed in the United Kingdom on September 4, 2019
Verified Purchase
I loved this first part of The Happy Glampers. It's got everything, great female characters, life experiences, it's heartfelt, well written and has a bouncy, page-turning pace. I'm off to read part 2 now, Do You Really Want to Yurt Me (love the titles)!
Read more
Helpful
Sending feedback...
Thank you for your feedback.
Sorry, we failed to record your vote. Please try again
Report abuse