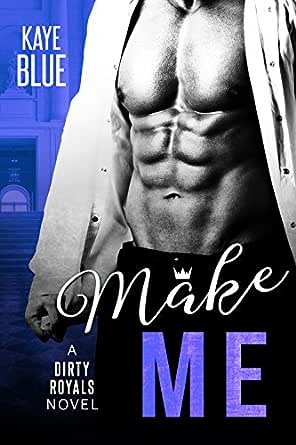 You've subscribed to Dirty Royals! We will preorder your items within 24 hours of when they become available. When new books are released, we'll charge your default payment method for the lowest price available during the pre-order period.
Update your device or payment method, cancel individual pre-orders or your subscription at
Your Memberships & Subscriptions
There was an error. We were unable to process your subscription due to an error. Please refresh and try again. 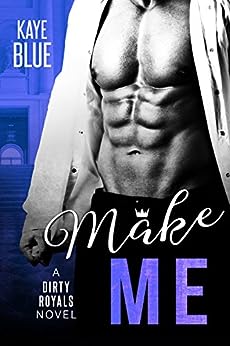 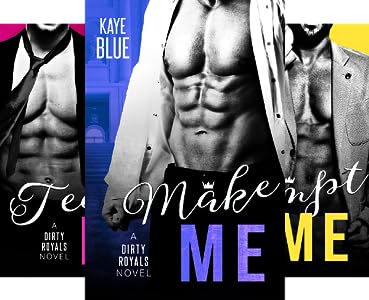 4.2 out of 5 stars
4.2 out of 5
42 global ratings
How are ratings calculated?
To calculate the overall star rating and percentage breakdown by star, we don’t use a simple average. Instead, our system considers things like how recent a review is and if the reviewer bought the item on Amazon. It also analyzes reviews to verify trustworthiness.
Top reviews

Michele Hallahan
4.0 out of 5 stars Almost frustrating
Reviewed in the United States on February 18, 2018
Verified Purchase
For two lawyers, they were really lacking in the communication department. I would have loved to have seen more romance and relationship building than the second guessing and pouting. The h in this one was a little judgmental to me, but she redeemed herself in the end. The H is almost made to feel guilty about who and what he is, when in fact, he was cocky and sexy as heck. I still very much enjoyed it, I thought it was a good start to the series, I definitely want to see what Leo and Kris get into.
Read more
2 people found this helpful
Helpful
Comment Report abuse

DeeDeeVee
3.0 out of 5 stars Good start!
Reviewed in the United States on March 13, 2018
Verified Purchase
When I heard Royals I expected the brothers to be...well, more royal, lol. But having met all 3 princes, I like that they're not all stuffy and buttoned up. I mean, they are royalty, but they don't take themselves too seriously.

Aaron and Cree's story had a bit of a fairytale feel to it, which was nice. But I must admit, with this being a Kaye Blue novel, I kept expecting a bad guy to jump out and Aaron to whip out a gun. I love her bad boys! This was a really nice change of pace, though. Looking forward to Take Me!
Read more
Helpful
Comment Report abuse

LaVern
3.0 out of 5 stars Big Fan....
Reviewed in the United States on March 2, 2018
Verified Purchase
I'm a big fan of Ms. Blue, but , I must say this book was a good story but it had to many repeat phrases. I had to skip some because they were starting to work "my" nerves. I hope the second book answers some of the left over questions from this one. Like what do both of them do for work.......
Read more
One person found this helpful
Helpful
Comment Report abuse

LadyGrimm
5.0 out of 5 stars Interesting
Reviewed in the United States on February 15, 2018
Verified Purchase
I truly enjoyed this book even though I have it a five the characters seemed kind of one sided in a way. I enjoyed the premise but something was lacking. Still a good book though
Read more
Helpful
Comment Report abuse

Ashleigh
4.0 out of 5 stars A back-and-forth romance with lots of added drama!
Reviewed in the United States on March 25, 2018
Make Me is the first book in the Dirty Royals series. A fun, contemporary romance novel, this story follows Cree and Aaron as they are forced to collaborate on an important work assignment. I was immediately drawn to this book for the ‘royal’ element as I’ve been on a bit of a royals binge my past couple of reads. Worrying that it wasn’t going to satisfy was a waste of time; I loved the plot and the characters!

So if the fact that this story involves a prince hadn’t drawn me in, the main characters were also lawyers, another book love for me. I like my leading characters to be strong and powerful, so a lawyer fits the bill perfectly. And Cree Manning is all of these things and more. My other favourite thing about Cree? She is real! She is an actual, believable, relatable person. She isn’t the prettiest, the thinnest, the most put-together and this make me love her more than so many other leading ladies I’ve read recently. I love that she isn’t perfect and isn’t trying to be; she can be a role model to so many of us that are! But something that annoyed me about her? The amount of time it took for her to admit her true feelings for Aaron. But I totally understood why she was like this. I mean, let’s be honest, he does come across as a bit arrogant at first. But once we started reading things from his side of the story, my opinion of him completely changed. I found myself really sympathising with him and feeling a little regretful that I had judged him and stereotyped him so quickly; and I’m sure Cree did, too!

The back-and-forth exchanges Cree and Aaron share are the perfect balance of entertaining and frustrating. I absolutely loved these two together and was desperate to get to their next encounter as soon as the previous one had finished, The author writes beautifully and goes into such detail about all of the thoughts each character is having. This gives us such a good insight into their lives and I love that time has been taken to do this; it makes the book so much more fun to read.

I really did love this book and it has me super excited to read the rest of the series!
Read more
Helpful
Comment Report abuse
See all reviews

Angela Hayes
4.0 out of 5 stars ... Stars Make Me is the first book in the Dirty Royals Series by Kaye Blue
Reviewed in Australia on February 21, 2018
Verified Purchase
4 Stars

Make Me is the first book in the Dirty Royals Series by Kaye Blue. This is a contemporary romance, with plenty of drama and an enemies to lovers element. This is my first read from this author, so I was intrigued by what the story held.
Cree Manning and Aaron Sarda are attorneys working for the same law firm. They have been colleagues for the past six years, but they don’t really have a ‘friendly’ relationship. If anything, they both seem to frustrate and annoy the other. Cree thinks Aaron coasts by on his name, status and looks- as the office golden boy he can seem to do no wrong, putting in a minimal effort. She on the other hand works incredibly hard and is quite passionate about her work. So, everything about Aaron antagonizes her- but she bites her tongue and remains as civil as she can. After all she is a professional. Though, she can’t help baiting him from time to time.
Aaron is office royalty, literally. He’s the third in line to the throne of the kingdom of Medina. As the third son his chances of ascending the throne are almost nil, which suits him as becoming king wasn’t what he wanted anyway. Not that he really knew what he wanted to do with his life. He decided on law school as something to do, and it was a complete fluke that he graduated and then pure luck to be offered a position at a law firm. Aaron can’t figure out why Cree dislikes him so much. He is well liked by everyone else in the firm, except Cree. He finds her both irritating and interesting, and he really wants to find a way to figure her out. He appreciated her brilliance and competence, but he also really enjoyed pushing her buttons.
When a special project is announced, with billions of dollars at stake, and a partnership in the firm as incentive- Cree and Aaron find themselves collaborating and competing for the promotion. Will these two find a common ground and be able to keep things purely professional? Or will being pitted against each other become very personal?
This was a great introduction to Ms. Blue’s work. It was entertaining and easy to read. It was a little slow in places, but overall, I enjoyed the story. I would definitely read the rest of the series.