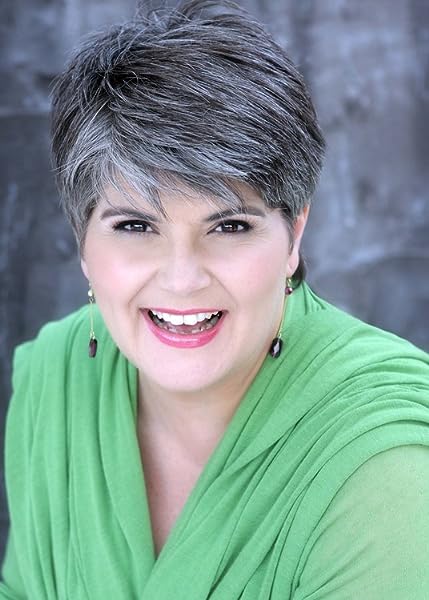 Making A Difference: 365 Tips, Ideas and Stories to Change Your World Paperback – October 28, 2010

by Lisa M. Dietlin (Author)
5.0 out of 5 stars 3 ratings
See all formats and editions
Sorry, there was a problem loading this page. Try again.

At some point in our lives, each of us asks ourselves the question what could I do to change the world? We then often become quickly overwhelmed and give up the notion. Making A Difference will show you how to change your world one day at a time through its 365 tips, ideas and stories. Space is also provided for you to journal your thoughts and detail your actions on a daily basis. This book will inspire you to make a difference!
Read more
Previous page
Next page

Lisa M. Dietlin is President and CEO of Lisa M. Dietlin and Associates, Inc. Ms. Dietlin serves her clients as a philanthropic agent, assisting entrepreneurial individuals and nonprofit organizations in developing transformational philanthropic strategies. Through expert advice and structured counsel, Lisa M. Dietlin and Associates, Inc. is quickly becoming the prime model for philanthropic leadership throughout the country. Ms. Dietlin is a much sought after guest for many television and radio programs. In 2010 she began working on bringing philanthropic issues to the public via NBC 5 Chicago. In 2007 Lisa was named Charity Contributor to CBS 2 Chicago and appeared regularly to share information and ideas regarding how everyone can be involved in charitable work. She has also been featured on Oprah & Friends Radio as well as WCIU in Chicago, Marketwatch, FOX News and National Public Radio. Ms. Dietlin's groundbreaking research on entrepreneurs and their philanthropic giving patterns has been quoted in several subsequent research studies in the United States and Canada, as well as The Chronicle of Philanthropy. Further, her research on donor giving through the World Wide Web has been published in a number of periodicals and newsletters including initially The Chronicle of Higher Education. In August 2009 Lisa published her first book titled, Transformational Philanthropy: Entrepreneurs and Nonprofits. It is currently in its second printing and available for purchase on Amazon.com as well as via the publisher, Jones and Bartlett. Active in the development/fundraising arena since 1982, Lisa holds and has held several seats on nonprofit boards in where she contributes her extensive experience in strategic planning for development and fundraising. She is a frequent speaker on the subjects of entrepreneurial giving, major gifts fundraising and moves management, as well as board development. Ms. Dietlin holds a Master's Degree in Philanthropy and Development from Saint Mary's University of Minnesota. She is an adjunct faculty member at North Park University, Chicago, Illinois, in its nonprofit management degree and certificate programs where she taught the "Capital Campaigns for Nonprofit Organizations" course she designed as well as the course entitled "Annual and Major Gifts Fundraising."

Lisa M. Dietlin is an internationally recognized expert on philanthropy, charitable giving, and transformational change who, as a leading figure in the American nonprofit sector, is a highly coveted keynote speaker, media personality and philanthropic consultant. She is the Founder of The Institute of Transformational Philanthropy

Ms. Dietlin’s decades-long experience in the fundraising and nonprofit arenas, groundbreaking research on giving patterns, and influential ideas on transformational philanthropy have led her to become one of the most trusted philanthropic advisors in the nation. She is a frequent presence on several TV and radio programs, including NBC, CBS, Oprah & Friends Radio, WGN, The Weather Channel and WCIU in Chicago, FOX News and National Public Radio. She is frequently quoted in national publications such as USA Today, Marketwatch, Reuters and The Chronicle of Philanthropy, Crain’s Chicago Business, CS Magazine and regularly contributes to The Huffington Post on her blog “Making a Difference®: The World of Giving.” In 2007, Lisa was named Charity Contributor to CBS 2 Chicago, and appeared regularly for two years to share ideas on how to get involved in charitable giving.

Her fifth book, The Power of Three: How to achieve your goals by simply doing three things a day was published in June 2014 and is available in 7 languages including English, Spanish, Italian, French, German, Korean and Mandarin Chinese. Her sixth book just released in September 2015 is titled, I Got Hit By A Taxi, But You Look Run Over: Life Lessons about Happiness and Joy based on her real life experience of being hit and run over by a taxi in the loop of Chicago.

All of her books are available for purchase on Amazon.com and on the Amazon Kindle.

Through her companies, Lisa provides her expert advice and structured counsel to entrepreneurial individuals and nonprofit organizations to develop strategies that facilitate transformational philanthropy and charitable giving. Ms. Dietlin has provided her services to over 140 organizations nationwide, including the Alzheimer’s Association, Kiwanis International, VolunteerMatch, Association of Fundraising Professionals, the Junior League, Zonta and Feeding America. She has been a keynote speaker or presenter for several organizations and corporations including Navigant, UBS, Morgan Stanley, Stout Risius Ross, Sigma Kappa, Metropolitan Capital Bank and Trust, Merrill Lynch to name a few.

Ms. Dietlin holds a Master’s Degree in Philanthropy and Development from Saint Mary’s University of Minnesota. She has served or serves as an adjunct faculty member at Northwestern University as well as DePaul University and North Park University.

Ms. Dietlin resides in Chicago. She is originally from Alpena, Michigan.

betty
5.0 out of 5 stars You can be the Change.....
Reviewed in the United States 🇺🇸 on February 3, 2012
Verified Purchase
Lisa's book enables each of us to "Be the change you want to see in the world....gandhi". The range of tips can be used by nonprofits and their boards to create awareness about their mission to individuals looking to volunteer their time or just simply do a kind gesture for someone in need. These tips are not just random thoughts but true examples of how Lisa lives her life - working to provide her expertise and transformation to nonprofits and influence the lives of others by showing them how to pay it forward. Read it and you will realize one day at a time the difference you can make - and just imagine the impact if we all embraced at least one of her tips every month....

A Nonprofit Consultant and Volunteeer

Penny Boldrey
5.0 out of 5 stars Indeed, Lisa M. Dietlin is Making a Difference
Reviewed in the United States 🇺🇸 on February 4, 2011
As a development professional with 20 years experience in the non-profit fundraising arena I found Ms. Dietlin's recent book a must read! It's a compilation of helpful ideas and ways in which we can all Make a Difference. In addition, Ms. Dietlin has also included in her book many creative ways to not only cultivate, but maintain relationships.

Mary Ann
5.0 out of 5 stars Making the world a Better Place
Reviewed in the United States 🇺🇸 on February 2, 2012
"Making a Difference:365 Tips" Sharing, helping and making our world a better place is what this book is all about. It is an uplifting and gentle reminder of what we can all do to make our lives much more meaningful. We will all be better for having read this inspirational book.
Read more
Helpful
Report abuse
See all reviews