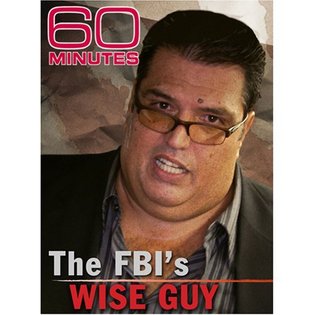 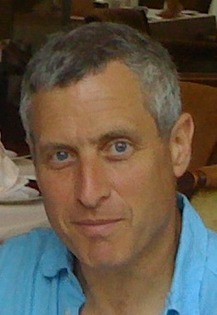 Customers who bought this item also bought these eBooks

Jack Garcia spent a total of twenty-six years as a special agent for the FBI. He has received awards from the United States Attorney's offices in Philadelphia, New York, Boston, and Miami, as well as the FBI's Director's Award for Investigative Excellence and the Federal Law Enforcement Foundation Lifetime Achievement Award. Now retired from the FBI, Jack enjoys spending time with family and friends.

Read more
Start reading Making Jack Falcone on your Kindle in under a minute.

4.4 out of 5 stars
4.4 out of 5
187 customer ratings
How does Amazon calculate star ratings?
Amazon calculates a product’s star ratings based on a machine learned model instead of a raw data average. The model takes into account factors including the age of a rating, whether the ratings are from verified purchasers, and factors that establish reviewer trustworthiness.
Top Reviews

JimZDP
2.0 out of 5 stars All very great stories, but it took him a couple of ...
Reviewed in the United States on June 13, 2017
Format: Kindle EditionVerified Purchase
To be sure, Special Agent Joaquin "Jack" Garcia's service in his undercover roles is something we should all be thankful for. He put his life (literally from both the possibility of getting killed by his targets to his health), on the line. And he achieved a lot. Thank you Agent Garcia!

All very great stories, but it took him a couple of chapters to get back to the original point.

True, SA Garcia spent his entire career being undercover, and running so many cases at one time, so if the unorganized format was to illustrate what he was going through, then he certainly achieved that point.

But it detracts from the story of an incredible undercover agent, who achieved things that "Donnie Brascoe" Pistone could only dream about.

And to add to the disappointment of the book - but not the story - when the FBI bureaucrats pulled the plug, they made the arrests and took the bad guys down, it just kinda lands in your lap.

The end of the book is not even "anti-climactic" because that implies a climax.

Like I said, this is a great story. Just not told very well

VNVet
5.0 out of 5 stars Thank God for our Sheepdogs!
Reviewed in the United States on March 23, 2018
Format: Kindle EditionVerified Purchase
Jack Garcia's book on his career as an FBI undercover agent is truly an amazing story. Those never in law enforcement can get a real glimpse into what it is really like to be in a position that the wrong move can result in a one-way car ride. The damage that Jack inflicted against organized crime is immeasurable. Putting his life on the line day to day for our country is what being an actual hero is all about. Buy the book, read the book and you will understand why we need "sheepdogs" like Jack to protect us from the wolves that lay in wait.
Read more
One person found this helpful
Helpful
Comment Report abuse

christy lynn miller
5.0 out of 5 stars The side stepper to keep a head of the game
Reviewed in the United States on November 4, 2014
Format: Kindle EditionVerified Purchase
I have read this book numerous times and each time, it's like watching a great movie over and over again. The way that an undercover agent can transform himself into so many different characters which eventually builds up to him 'playing' an Italian mobster when ...well won't give the goodness of the book away. It keeps you on your toes on which way and what will happen and understanding the infrastructure of the mental bravery of an undercover agent has to endure to keep those steps ahead of those he is working to 'bring down'. Easy read, fast read as you will not want to put it down as I mentioned before...a great movie that you just want to get to the end and start it over again for it's excitement.
Read more
5 people found this helpful
Helpful
Comment Report abuse

Christina Ksoll
5.0 out of 5 stars I couldn't put it diwn; had to read what happened next!!
Reviewed in the United States on February 21, 2020
Format: PaperbackVerified Purchase
I opened the book and did not put it down until I was done. Awesome journey of a real hero. Also a real description of what it is like to be a good person immersed in a less than ethical subculture. I really appreciate what "Jack Falcone" put himself through, as well as what his family endured to really work that case. Fascinating. Interesting. Entertaining.
Read more
Helpful
Comment Report abuse

Bill D.
4.0 out of 5 stars Interesting and Entertaining Story.
Reviewed in the United States on July 16, 2016
Format: Kindle EditionVerified Purchase
Interesting account of a long-time FBI undercover agent. "Jack" was involved in a wide range of UC investigations including drug, corruption, and organized crime assignments, and his story is compelling and entertaining. He describes the work and mission of the FBI as exciting and rewarding, but had mixed and disappointing experiences with Bureau administration, including individuals who "had his back" and those who were constantly attacking him for bureaucratic reasons far removed from the organization's mission and purpose.
A worthwhile read.
Read more
One person found this helpful
Helpful
Comment Report abuse

Angela M. Outhouse
5.0 out of 5 stars highly recommend ... great read, intriguing
Reviewed in the United States on November 5, 2014
Format: Kindle EditionVerified Purchase
This was a great book, very interesting and an in depth account of what this courageous undercover FBI agent experienced while infiltrating and ultimately taking down 32 members of organized crime. After reading some of the criticisms regarding how well is wasn't written, I appreciated the down to earth way the story was recounted, making me feel like he was speaking to a friend over a cup of coffee. This wasn't a script, it all actually happened, and I don't think these people truly grasp the danger of at any moment being discovered and potentially executed, because that is what these people do. This wasnt Hollywood, this is real life. Although this book did a great job of describing how heart pumping and anxiety provoking some of the situations Jack Falcome experienced were, I'm sure it was just a small sampling of what he experienced. I couldn't even imagine the stress it must have caused since there were many times he could have been exposed. I loved the Mob School part and can now really appreciate the time and effort it took to prepare for this undercover role, and the sacrifice and 24/7 commitment it took to execute the infiltration...
Read more
5 people found this helpful
Helpful
Comment Report abuse

Raif Todd
5.0 out of 5 stars Great entertaining read! Insane true story!
Reviewed in the United States on February 7, 2019
Format: PaperbackVerified Purchase
What a true hero this guy is; taking you deep into the crime world and the FBI bureaucracy he battled to take down bad guys! Could not put the book down. Fast paced, action, tension. Still amazed it is a true story; I'm sure every new recruit at Quantico is inspired by Agent Garcia! These stories could have been stretched out into 3 or 4 books, left you wanting more. Thank you Joaquin "Jack" Garcia, you give us hope that there are still "good guys" out there fighting the good fight for the rest of us. And a big thank you to your wife and family for sharing you with the FBI.
Read more
Helpful
Comment Report abuse

lb
5.0 out of 5 stars Great Book!
Reviewed in the United States on January 23, 2016
Format: Kindle EditionVerified Purchase
Loved the book and found it to be an extremely interesting read. Jack was an amazing talent to play all of the different roles he played in his career, but then when you learn that he played several roles simultaneously - truly brilliant! Jack's wife must be an amazing lady to live the life she has lived with a husband who was constantly in danger and out of touch from his family - what a sacrifice they both have made for their country. My only criticism would be that I wish the book had been longer and gone into much more detail about the cases.
Read more
2 people found this helpful
Helpful
Comment Report abuse
See all reviews from the United States

asd
4.0 out of 5 stars A 3 course meal with too much starter
Reviewed in the United Kingdom on August 14, 2010
Verified Purchase
making Jack falcone is a fascinating insight into the undercover role of an FBI man. it has funny and varied accounts of Joaquim's cases and his own personal battles with FBI beaurocracy and even bigger ego's. However it lacks any real depth. You dont get to know who these 'bad guys' are and there is little background on operations, locations or mob politics. There is even less detail on other operations joaquim was involved in which is frustrating. Still,this book is a worthwhile read.
Read more
2 people found this helpful
Helpful
Sending feedback...
Thank you for your feedback.
Sorry, we failed to record your vote. Please try again
Report abuse

N. Eagling
5.0 out of 5 stars Excellent story
Reviewed in the United Kingdom on August 31, 2013
Verified Purchase
A book I could not put down, well written and keeps your interest a cross between Donnie Brasco and Goodfellas. Fast service by seller, arrived in perfect condition at a very good price.
Read more
Helpful
Sending feedback...
Thank you for your feedback.
Sorry, we failed to record your vote. Please try again
Report abuse

Bristol Dan
5.0 out of 5 stars Legend of a book, if you like Donnie Brasco you will love this
Reviewed in the United Kingdom on October 3, 2010
Verified Purchase
Great book and written with a lot of passion. Couldnt put it down and read it in two days in the end.

Would recommend to everyone, great author and what a story.
Read more
One person found this helpful
Helpful
Sending feedback...
Thank you for your feedback.
Sorry, we failed to record your vote. Please try again
Report abuse