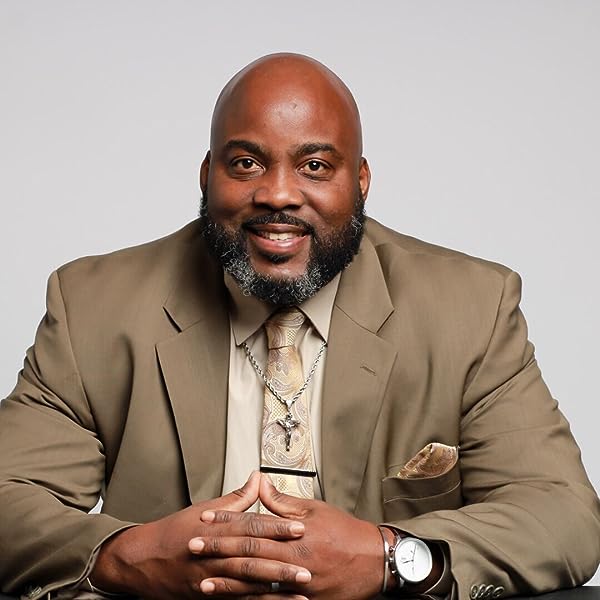 by Winston Grier (Author)
5.0 out of 5 stars 4 ratings
See all formats and editions
Sorry, there was a problem loading this page. Try again.

Financial abundance is our inheritance as Kingdom people. Making money is not reserved for people of the world. God's people should not have to look on, starving, while worldly people live in financial overflow. We should be good examples of God in every area of our life, and we must not exclude financial success from that list. Yes, we can quote Scripture, pray in tongues, and preach the Gospels, but if our bank account is at 0, we will not be effective at spreading God's Word.

Abraham, Solomon, David, and even Job lived in abundance of possessions. They were wealthy men, but they acquired their wealth in accordance with God's Way, and God rewarded them for that. The Bible says that Job was the greatest man on the East side of the world, and after all his trials, God rewarded him with tremendous prosperity. So, if the men in the Bible were living great, why aren't we?

In Making Money God's Way, Pastor Winston Grier teaches you how to achieve financial abundance while living righteously in accordance with God's Word. Pastor Grier shares his successes and failures in business to illuminate the path that God has shown him. His words are backed by scriptures from God, because the Lord always has the final say. If God said it, you can believe it. If you take heed to God's Word, you will walk in overflow, see God's favor over your life, and your business and financial increase will be inevitable.

Pastor Winston Grier has dedicated his life to motivating people both young and old through the teachings of Christ. Pastor Grier was raised as a PK (preacher’s kid) — he was taught by his father, Apostle Grier, to make Godly decisions. Unfortunately, Pastor Grier was hard-headed as a young man, and he rebelled against his father’s teachings. He left his father’s house, but years later, the Lord’s grace and mercy brought him back to God.

In 2012, Pastor Grier became a youth minister, and he is now the Pastor of The Church of the Living God in Thomson & Greensboro, GA. He is also the radio host for a Christian radio show, “Changing Our World,” on 104.9 FM.

Pastor Grier is certified as a Christian Financial Coach by Light University. He holds an Honorary Doctorate Degree in Christian Counseling from Kingdom Ambassadors Global University.

As a youth mentor, he truly believes that God has ordained him to help young men grow up to become good men, fathers, and providers. Pastor Grier uses his life experience, his business expertise, and the wisdom he has gained from God to change the lives of teens and young adults.

God has called Pastor Grier to become a Kingdom Leader, and he is now a Christian motivational speaker and business coach. He is the author of Making Money God’s Way, a guide to building a Kingdom business.

Pastor Grier’s message is this: “The spirit of the Lord is upon me. God has called me to distribute encouraging words to those with heavy hearts, preach good news to the poor, enlighten the eyes of the blind, and release God’s people from spiritual and financial bondage.”

Amazon Customer
5.0 out of 5 stars Outstanding Testimonial Book
Reviewed in the United States on October 1, 2022
I absolutely loved this book! It was a very good book because not only did the author share his advice and wisdom with us, he also shared his life story. Testimonies, after testimonies and I loved it! He was literally with holding nothing. JUST BUY THE BOOK ALREADY!!!!
Images in this review

Mary B Grier
5.0 out of 5 stars The book is very informative and educational for new business owners.
Reviewed in the United States 🇺🇸 on October 10, 2022
Verified Purchase
I liked the information and the scriptures that were given to inspire and encourage.
Read more
Helpful
Report abuse

Amazon Customer
5.0 out of 5 stars The Title is Perfect! Explains everything you need to know before turning the pages!
Reviewed in the United States 🇺🇸 on October 17, 2022
I liked everything about the Book! Wisdom is the Principle thing! Pastor Grier has taught me how to handle Money! Nobody ever taught me, until Now! You won’t be able to put the Book Down! This needs to be a # 1 Beat Seller Immediately!! - Clark Crawford
Read more
Helpful
Report abuse

Ja’shalyn Grier
5.0 out of 5 stars Outstanding Testimonial Book
Reviewed in the United States 🇺🇸 on October 1, 2022
I absolutely loved this book! It was a very good book because not only did the author share his advice and wisdom with us, he also shared his life story. Testimonies, after testimonies and I loved it! He was literally with holding nothing. JUST BUY THE BOOK ALREADY!!!!
Read more

5.0 out of 5 stars Outstanding Testimonial Book
By Ja’shalyn Grier on October 1, 2022
I absolutely loved this book! It was a very good book because not only did the author share his advice and wisdom with us, he also shared his life story. Testimonies, after testimonies and I loved it! He was literally with holding nothing. JUST BUY THE BOOK ALREADY!!!!
Images in this review