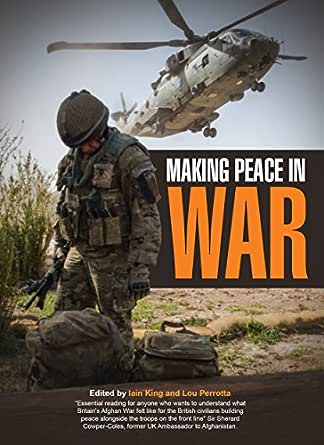 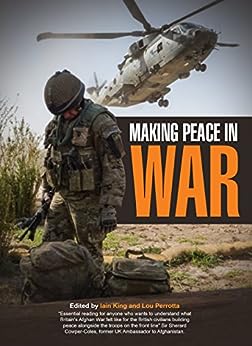 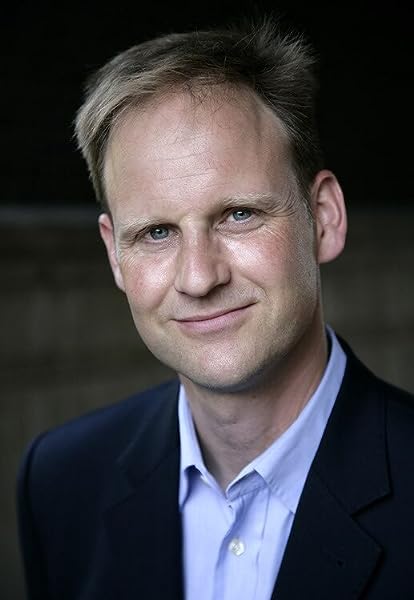 4.9 out of 5 stars
4.9 out of 5
8 global ratings
How are ratings calculated?
To calculate the overall star rating and percentage breakdown by star, we don’t use a simple average. Instead, our system considers things like how recent a review is and if the reviewer bought the item on Amazon. It also analyzes reviews to verify trustworthiness.
Top reviews

R H Messenger
5.0 out of 5 stars One of the most truthful books there is on Afghanistan... very interesting
Reviewed in the United States on December 19, 2015
This book contains chapters from a several civilian 'Stabads', which is short for 'Stabilisation Advisors'. All were posted to small military forward posts in Helmand Province, one of Afghanistan's most dangerous areas, alongside British, American and (in one case) Danish soldiers. In their roles, these men and women witnessed the war from a unique perspective, and this book recounts their tales and experiences, from the laughably bizarre to the tragic and traumatic.

What is so refreshing about it is that all the authors - each one has their own tale to tell - tells their story in their own voice. One of the pack is a joker, another is a granny (yes, the British really did send a grandmother to talk to senior Afghan leaders, and 'combat granny', as the British troops called her, actually seemed to do very well), one is a former journalist, another an aid worker, and so on. And they write about what it was like when, for example, the ration supplies ran low, or a patrol came in after taking casualties, or when a helicopter landed in one of these outposts (for some of the most isolated post, it was a very major event), or when Afghan school kids mobbed them at a publicity event, or when the Taliban attacked their compound from three sides. One of the Stabads suffered the loss of not one but two commanding officers, and writes movingly about how it affected the troops (and not quite in the ways you would have expected).

All in all, this is an excellent book, which avoids all the high-level strategic nonsense about the Afghanistan war. There are plenty enough armchair generals (and wannabee armchair generals) who've written about that already. This book shows what the war was really like for people with large brains who stuck it out, through boiling summers and freezing winters, through Taliban attacks and long spells when nothing happened, until they finally came home.

Thirty years from know, I really hope this book is in the top ten books on the Afghan conflict that people read to understand what happened there, because it really should be.
Read more
One person found this helpful
Helpful
Report abuse

Black dog
5.0 out of 5 stars A DIFFERENT KIND OF BATTLE.....
Reviewed in the United States on January 29, 2016
This book is simply a must read for any one who is interested in how a war torn country re-builds itself after war, or counter insurgency and how to beat it from a grass roots level. There are many books written on Helmand from a soldiers perspective and the bravery they perform. Not deriding from that heroism, this book is slightly different, it is about a different type of bravery. The people that write in this book are in the main civil servants, when they joined the service they never envisaged that they would be serving side by side with soldiers in Forward Operating Bases, helping deliver a stabilising effect to the local population and having a direct effect of the battle. The people that write this book are brave in their own right and have had a tremendous effect on the UK's efforts in Helmand, this why most of them have honours and awards after their names. This book lays out a new way of war fighting, the way of the comprehensive approach where the soldier and the stabilisation adviser stand shoulder to shoulder. A must read. Well done and thank you for opening peoples eyes to the other battles that go on, that sometimes don't make front page news.
Read more
One person found this helpful
Helpful
Report abuse

John Vereker
4.0 out of 5 stars Gripping
Reviewed in the United States on July 21, 2014
This is a must read summer book for anyone interested in the reality of international development at the sharp end. Here are eight rough hewn accounts of life and work in southern Afghanistan over the last five years, which should give pause to decision makers who design top-down, concept-heavy and ultimately unrealistic interventions in the aftermath of conflict. The extraordinarily difficult and dangerous circumstances in which they worked is only in the background: front and centre is the bewildering gap between the western ideal of democratic accountability and centuries old Afghan traditional practice.
Read more
Helpful
Report abuse

ianemassey
5.0 out of 5 stars Making Peace in War - A story of civilians working in Helmand Province.
Reviewed in the United Kingdom on July 29, 2014
Verified Purchase
Making Peace in War offers a fascinating insight by civilian stabilisation advisors sent to Helmand Province to help built the essential strands of Governance, Justice, Health, & Education at District level. This involved being located in forward positions living in very austere conditions alongside front line troops. Looking outside the box in order to understand the multi layered tribal culture of the Pashtun was key to providing sustainable help to a Province torn apart by 30 years of war & ingrained with corruption at all levels. An incisive read offering a different perspective on the mire that is Afghanistan.
Read more
One person found this helpful
Report abuse

Amazon Customer
5.0 out of 5 stars Great stuff.
Reviewed in the United Kingdom on August 5, 2014
Verified Purchase
I had thought civil servants had the ability to write surgically removed during their induction to the job, but this book proves me wrong. Great stuff.
Read more
One person found this helpful
Report abuse

Adrian
5.0 out of 5 stars A perspective few get to share
Reviewed in the United Kingdom on August 2, 2014
Verified Purchase
An excellent and thought provoking read for anyone interested in what happens beyond the headlines.
Read more
One person found this helpful
Report abuse

Radhika Seth
5.0 out of 5 stars The version we don't get to hear...
Reviewed in the United Kingdom on July 13, 2014
Verified Purchase
Having worked closely with a Stabilisation Advisor who was based in Afghanistan, this read gives an honest, on-the-ground view from some of the civilians and staff. Tim Gurney OBE is a remarkable man whose 30 years as a Diplomat and hostage negotiator provides a bit of dry humour to such a complex situation... Thoroughly recommend it.
Read more
One person found this helpful
Report abuse
See all reviews
Back to top
Get to Know Us
Make Money with Us
Amazon Payment Products
Let Us Help You
EnglishChoose a language for shopping. United StatesChoose a country/region for shopping.
© 1996-2021, Amazon.com, Inc. or its affiliates