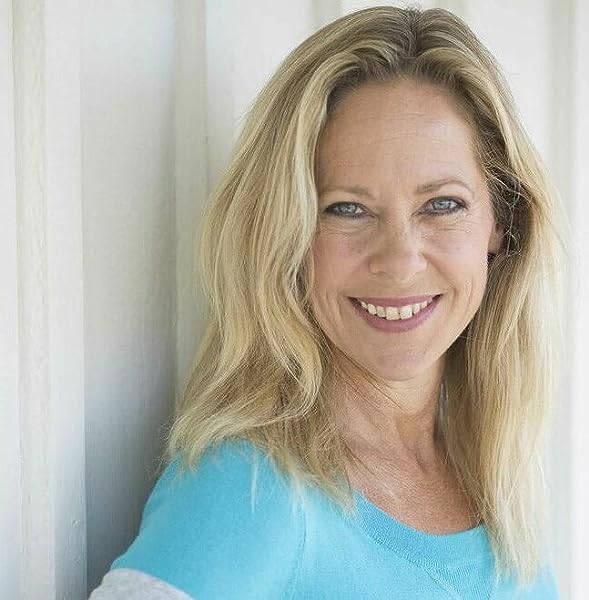 by Beth M. Howard (Author)
4.4 out of 5 stars 113 ratings
See all formats and editions
Sorry, there was a problem loading this page. Try again.

When journalist Beth Howard’s young husband dies suddenly, she packs up the RV he left behind and hits the American highways. At every stop along the way— be it filming a pie documentary or handing out free slices on the streets of Los Angeles — Beth uses pie as a way to reach out and find purpose. Making Piece powerfully shows how one courageous woman uses the simple act of giving to others to triumph over tragedy. It tells of the role of fate, second chances, and the strength found in community.Named one of the Best Books of 2012 by San Francisco Book Review Named one of the 10 Best Non-Cookbook Food Books of 2012 by Serious Eats“One unique, crazy-quilt, truly American tale of reinvention.” —Publishers Weekly“An unabashedly honest look at young widowhood and how good friends and pie-baking can go a long way toward healing a broken heart.” —The Oregonian“This beautifully written memoir is, ultimately, about hope. It’s about the journey of healing and recovery, of facing fears, finding meaning in life again, and moving forward with purpose and, eventually, joy.” —Leite’s Culinaria
Read more
Previous page
Next page

An unabashedly honest look at young widowhood and how good friends and pie-baking can go a long way toward healing a broken heart. - The Oregonian

Beth Howard describes with warmth and wit how the bittersweet events in life are offset by the sweet ones--much like the ingredients of a good recipe. Making Piece is a moving account of love and loss. - Jeanette Walls, New York Times bestselling author of The Glass Castle

Beth M. Howard is the author of "Making Piece: A Memoir of Love, Loss, and Pie" and "Ms. American Pie: Buttery Good Pie Recipes and Bold Tales from the American Gothic House," and "Hausfrau Honeymoon." She blogs at TheWorldNeedsMorePie.com and her radio commentaries can be heard on Tri States Public Radio. She has written for The New York Times, Real Simple, Country Living, among other publications. From 2010 to 2014, she lived in the iconic American Gothic House in Eldon, Iowa, where she ran the Pitchfork Pie Stand. She has given a TEDx talk about her story, and has been featured on NPR, CNN’s Anderson Cooper 360, CBS This Morning, and more. She now lives on a farm in Southeast Iowa. Her websites are www.bethmhoward.com and www.theworldneedsmorepie.com.

Laurel S.
4.0 out of 5 stars What a lovely book, especially for those of us who have experienced a loss!
Reviewed in the United States 🇺🇸 on August 11, 2022
Verified Purchase
Beth writes her heartfelt memoir with raw honesty and feeling. Anyone who knows the feeling of loss can easily relate to her story. I especially appreciate the title! Literally finding peace was found with each piece of pie she doled out. You will enjoy this read!
Read more
Helpful
Report abuse

Mike L of Woodstock Ga
5.0 out of 5 stars Love, grief and the magical powers of pie
Reviewed in the United States 🇺🇸 on July 7, 2021
Verified Purchase
This is a well crafted, touching and heartfelt book. It takes us on the authors pilgrimage from guilt and despair over the death of Ms. Howard‘s husband Marcus to a new beginning. With keenly observed friends, family, loyal canine companions Jack and Daisy and a slightly intimidating beast of an RV, she works through grief with the help of the world of crust, filling and pie. It’s funny, sad, well written. As we come out of isolation, the healing communion Of this book is well worth your time.
Read more
Helpful
Report abuse

Angie Flaucher
5.0 out of 5 stars The world needs more Beth Howard!
Reviewed in the United States 🇺🇸 on July 15, 2012
Verified Purchase
It's been nearly a year since my sister and I made the trek to Eldon on my 48th birthday to learn pie baking from Beth Howard. I've been following her through her blog, Facebook and most recently blazed through her book. Thank you so much for sharing your story with nosy readers like myself. You are quite the woman -- living life to its fullest, be it traveling the world, experiencing the depths of despair, or finding joy in baking pie. You are such an inspiration, and I want to thank you again for sharing your experiences through your blog but so much more in your book. I have to tell you I laughed out loud and yelped out an: "Oh, my God!" when you told of the one-night (well, two-night) stand at the pie convention at which you were a guest speaker. You are so brutally honest in your book, and I got the hugest kick out of all of it as well as some tears shed for you. I wish more great things for you and hope a second installment of your story will be in the works at some point. Take care of yourself! I'm so glad we had a chance to meet last summer and now I am able to be a voyeur into your life. PS ~ I DO MAKE PIE NOW! And it's damn good ... all thanks to you!
Read more
2 people found this helpful
Helpful
Report abuse

Lynda
4.0 out of 5 stars It gets better as you read it
Reviewed in the United States 🇺🇸 on January 23, 2013
Verified Purchase
I purchased this e-book to take with me to read during off moments at a biz conference. I am a foodie by heart so the pie baking appealed to me.

I actually thought Ms. Howard's book got better as it went along. At first I was a bit confused over the level of grief she writes about since it was she who initiated the divorce. Outside of her husband being a work-a-holic and out of the country for long periods of time they seemed to be well-paired in Ms. Howard's description of the relationship.

About mid-way the book picked up and I related to how Ms. Howard was dealing with her grief via her many adventures while traveling. I really enjoyed the last few chapters and she leaves readers with a satisfactory ending.

I recommend this book to anyone traveling or lucky enough to have some quiet time to read. You will especially love the recipes at the back of the book for pies of all sorts!!!!!!
Read more
4 people found this helpful
Helpful
Report abuse

Kindle Customer
5.0 out of 5 stars Wonderful story,without the "poor me" neediness in many memoirs
Reviewed in the United States 🇺🇸 on June 26, 2012
Verified Purchase
Kindle edition: Beth Howard's blog [...] pulled me in and kept me reading; Beth is honest, her emotions are evident, and she doesn't feel sorry for herself, she just keeps on keeping on, by making pies to share with others. Her book is hard to put down; her stunning grief at the loss of her husband, and then her wandering and trying to find a place that made sense. She ended up at the American Gothic House in Eldon, Iowa, and it appears that her Pitchfork Pie Stand is a hit, not only with the locals, but all those people driving by in the summer. Beth's story is one we can all relate to, dealing with grief, not understanding what she should do next, and all the while trying to keep on going. Honest, well written, and of course, pie recipes, all combine to make this book a must read for anyone. Too many books by women who have experienced a loss become a treatise on neediness, rather than a straightforward story. Beth's story is real, rough, and she tells it with humor, objectivity and love.
Read more
2 people found this helpful
Helpful
Report abuse

Paula Kent
5.0 out of 5 stars A wonderful read!
Reviewed in the United States 🇺🇸 on September 15, 2021
Verified Purchase
I loved the book. A friend shared it with me and I will be forever grateful!
Read more
Helpful
Report abuse

Patti
5.0 out of 5 stars Making Piece Review
Reviewed in the United States 🇺🇸 on July 28, 2012
Verified Purchase
I live in Eldon, Iowa, and know the "Pie Lady," but that doesn't incline me to endorse this book. Simply put, Making Piece is a warm personal memoir. THAT is what causes me to recommend the story highly.

After the last page, I wanted to really taste that banana cream pie, walk with the dogs in the soybean field, and hug closer the people in my life. Beth taps into raw emotions of loss with words. She uses those words to emerge stronger on the other side of grief. Victorious in picking up the pieces and baking a pie! It is a read that will leave you hopeful.

It would be a worthwhile book for a group study, too, and great for gift giving. It is indeed an inspirational prose selection to pass on to friends across the country. A must-read......loved it and am looking forward to her next story. (In the meantime, I'm thinking what a great movie this would make!!!)
Read more
2 people found this helpful
Helpful
Report abuse

Victoria C
5.0 out of 5 stars A Girlfriend's Guide to Loss (Midwestern style)
Reviewed in the United States 🇺🇸 on January 21, 2019
Verified Purchase
This is NOT a how-to book, but I read it as such: how do you pick up the pieces after shocking, heartbreaking loss? This author does it with honesty and spunk. Yes, the sadness comes through. But so does the determination. She doesn't give up. She makes pie! It's very Midwestern in attitude and tone and I love that. Hooray! We're getting a loving, generous voice from the Midwest. Even if that voice is peripatetic.
Read more
Helpful
Report abuse
See all reviews

Vanessa Langlois
4.0 out of 5 stars Making Sense of Bereavement
Reviewed in the United Kingdom 🇬🇧 on August 24, 2013
Verified Purchase
I'm not a big fan of pie but I enjoyed reading about the author's experience of bereavement as a relatively young widow. Being in the same position myself, I found I could relate to so much of what she said. Beth writes in a relaxed and informal style which makes her book easy to read and move through.

I would recommend this book to anyone who has been recently bereaved, particularly younger widows.
Read more
Report abuse
See all reviews