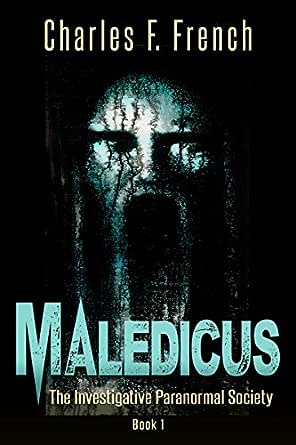 You've subscribed to The Investigative Paranormal Society! We will preorder your items within 24 hours of when they become available. When new books are released, we'll charge your default payment method for the lowest price available during the pre-order period.
Update your device or payment method, cancel individual pre-orders or your subscription at
Your Memberships & Subscriptions
There was an error. We were unable to process your subscription due to an error. Please refresh and try again. 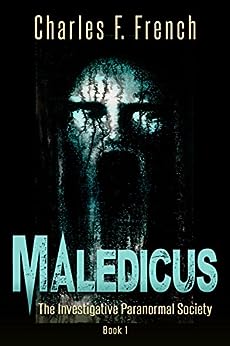 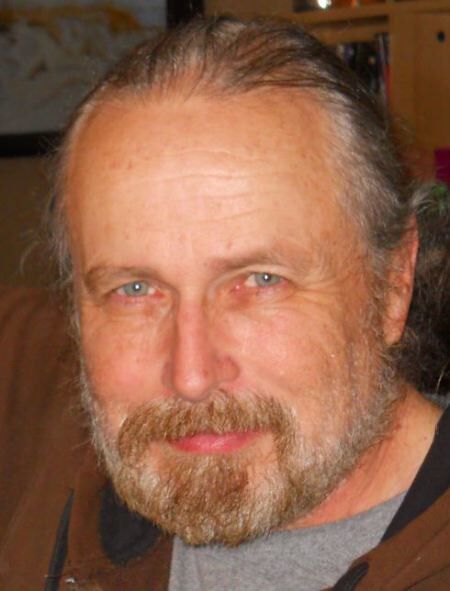 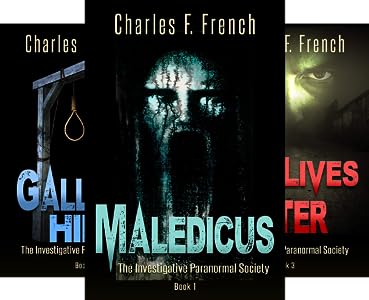 Not your typical horror story."This is not your typical horror story. This might be more of a love storywithin a horror setting. Without giving anything away there are twomoments in the book where I felt raw emotions for the characters plightand these were very loving moments in the book. There are variousdepictions of love and loss throughout the book and they are heartfeltmoments that left me wanting more of these backstories. The other moment at the end of the book truly tugged at my heartstrings.Ienjoyed the idea of older gentlemen as the main characters of the book.Your heroes stumble through old age fighting to save the life of aninnocent. This is not your typical horror story, so throw all yourexpectations out the window because what you will find is a tale ofheroism, love, compassion and heart." A unique and thrilling horror story "Maledicus is the right hand man to Caligula, Emperor of the RomanEmpire, and they are equally despicable, inhumane and outright evil.Maledicus has plans, great plans, whereby he will ascend to the topposition of Emperor but he underestimates the incumbent, Caligula, andhis many eyes and ears. Maledicus never achieves his aspirations and isdispatched to the afterlife in an unpleasant and painful way.

Inthe non world between Heaven and Hell, Maledicus lurks. He is notreconciled to his unnatural death and believes his chance to aspire togreatness will come. He sets about manipulating events and circumstances to achieve his ultimate goals of greatness.

Meanwhile, time hasmoved on and in the 21st century, three elderly and retired men,Roosevelt, Sam and Jeremy, have formed a ghost-investigating group, with the occasional help and support from Roosevelt's nephew, ex-US Marine,Patrick. They have all suffered personal losses and this is a great wayfor them to keep themselves mental and physically active and to indulgein an interest in ghosts and the supernatural. When their InvestigativeParanormal Society ("IPS") gets its first really legitimate case, theyfind themselves up against an on-going evil that refuses to die. Can the IPS go up against an ancient and expanding evil and expect anythingother than untimely deaths?

I enjoyed the characters ofRoosevelt, Sam, Jeremy and Patrick and learning about their individuallosses and life experiences, all of which weave together into the fabric of this well planned story.

The idea behind this book is freshand clever and the ending was superb. I was really impressed by theauthor's unique and thrilling ending"

Charles F. French is an author of speculative fiction, including horror, Gothic, and the paranormal. He holds a Ph.D. in English Literature, and devotes his working time to teaching and writing. --This text refers to the paperback edition.

4.8 out of 5 stars
4.8 out of 5
92 global ratings
How are ratings calculated?
To calculate the overall star rating and percentage breakdown by star, we don’t use a simple average. Instead, our system considers things like how recent a review is and if the reviewer bought the item on Amazon. It also analyzes reviews to verify trustworthiness.
Top reviews

James J. Cudney IV (Jay)
VINE VOICE
5.0 out of 5 stars Paranormal fun with ghost who has the world's biggest grudge
Reviewed in the United States on September 3, 2018
Verified Purchase
History has tons of lecherous and caustic villains. Author Charles F. French re-introduced me to one in the debut novel, Maledicus: The Investigative Paranormal Society Book I, in his series 'The Investigative Paranormal Society.' Long ago under Roman Emperor Caligula served a man named Maledicus. Is he real or made-up? I'm not sure, but's he scary and wicked, and I don't ever want to meet him. Maledicus has tortured hundreds perhaps thousands, but when Caligula fears the man he once thought of as an ally, Maledicus is tricked into being killed. But he's so horrific, the Underworld refuses to let him truly die and instead, he haunts people for thousands of years. Through an idol of sorts, his spirit is invoked and wrecks havoc on anyone nearby. Fast forward to current day and a young girl being tortured in her dreams... it wasn't enough her entire family died under mysterious circumstances, now what's she gonna do?

French's novel is a page-turner. He doesn't just tell us the story of Maledicus. We learn the stories of several people impacted by him in the 19th and 20th centuries. We also get to know the three investigators who've formed a paranormal club near the end of their regular careers. We become invested in their characters, their pasts, and their suffering. We root for them to overcome what's holding them back... and then we just want them to survive the 're-incarnated' Maledicus. What a thriller! It's a roller coaster of crazy drama across multiple historical periods. I'm certain at times we're not really supposed to know the order in which things happened, too. But that's okay... the plot and details are just great.

French has told a new type of scary story where sometimes we think things will turn out okay, then we're slapped cold and quick. He's highly imaginative and comes up with some great tortures (without being too graphically detailed). Characters are diverse and clear. Timelines are murky but that's okay... it helps build the drama of 'wait... what's really going on here?' so we can find some of the final surprises. I'll leave it up to you to figure out what really happens in the last few chapters.

It's the first in the series... I'm looking forward to more. Kudos to the author for writing us a chilling drama worthy of a few nail-biting moments.
Read more
2 people found this helpful
Helpful
Report abuse

BOOK LOVER
4.0 out of 5 stars A FRESH LOOK AT THE GOOD VS. EVIL STORY
Reviewed in the United States on March 21, 2021
Verified Purchase
Maledicus: The Investigative Paranormal Society by Charles F. French

There will never be a shortage of horror novels, both good and bad. Author Charles F. French enters the fray with his premiere offering, Maledicus, that thankfully falls into the former category. French has concocted a clever and intriguing tale of a very old evil spirit, who once lived life in Ancient Rome as Lucius Antony Caius (aka Maledicus). In present day, a trio of retired friends who have also lost loved ones, have formed a group called the Investigative Paranormal Society (IPS) partly as a way to cope with their grief, and also to stave off the boredom of retirement. Their leader is Roosevelt Franklin, the widower in the group, and as staunchly sound and American as his name implies. While these men investigate paranormal activities as a sort of hobby, their paths inevitably cross with that of the titular Roman spirit in a classic battle of good vs. evil. While this tale has been told innumerable times, French brings some fresh perspective to the subject. One can also see the influence of the master of this genre, Stephen King, but, fortunately, French manages to find his own voice in a straightforward style of the writing that fully engages the reader. He cleverly uses a back-and-forth structure in the chapters as the two adversaries work toward their anticipated confrontation. As a first effort, French has delivered a first-rate thriller, and established himself in the horror genre as a genuinely original storyteller with an excellent command of plotting and narrative. There are two more volumes in the IPS series, and I look forward to reading them both.
Read more
Helpful
Report abuse

VJB
4.0 out of 5 stars Suspenseful and spooky
Reviewed in the United States on August 27, 2018
Verified Purchase
Being a fan of anything paranormal, I quite enjoyed this book. It centers around a group of scholars who investigate paranormal goings-on. They have an investigative society, and it actually reminded me of the Chowder Society in Peter Straub's creepy book Ghost Story, except that here, they take a much more active role. They are asked to investigate a haunting/possession of a young boy, and it turns out he's been possessed by the very evil spirit of Maledicus, an ancient Roman whoremaster. Maledicus is pretty horrible in the book, and I had to skip over some of the more gruesome depictions of his torture methods. The characterizations are great, and I really enjoyed the overall story. My only beef with the book, and this is just a style preference, was that their inner personalities were revealed very quickly in the narration. I prefer to slowly learn about characters through their actions, rather than have everything about them explained from the off. But that's just me, and a minor complaint. Overall, this is a really well-written, creepy and and fast-paced book. I haven't yet read the sequel Gallows Hill, but if it's as good as this one, I'm buying it!
Read more
One person found this helpful
Helpful
Report abuse

Delia
5.0 out of 5 stars Not your typical horror story!
Reviewed in the United States on April 6, 2017
Verified Purchase
This is not your typical horror story. This might be more of a love story within a horror setting. Without giving anything away there are two moments in the book where I felt raw emotions for the characters plight and these were very loving moments in the book. There are various depictions of love and loss throughout the book and they are heartfelt moments that left me wanting more of these backstories. The other moment at the end of the book truly tugged at my heartstrings.

I enjoyed the idea of older gentlemen as the main characters of the book. Your heroes stumble through old age fighting to save the life of an innocent. This is not your typical horror story, so throw all your expectations out the window because what you will find is a tale of heroism, love, compassion and heart.
Read more
4 people found this helpful
Helpful
Report abuse
See all reviews
Back to top
Get to Know Us
Make Money with Us
Amazon Payment Products
Let Us Help You
EnglishChoose a language for shopping. United StatesChoose a country/region for shopping.
© 1996-2021, Amazon.com, Inc. or its affiliates