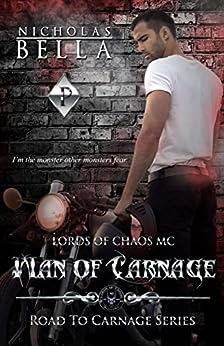 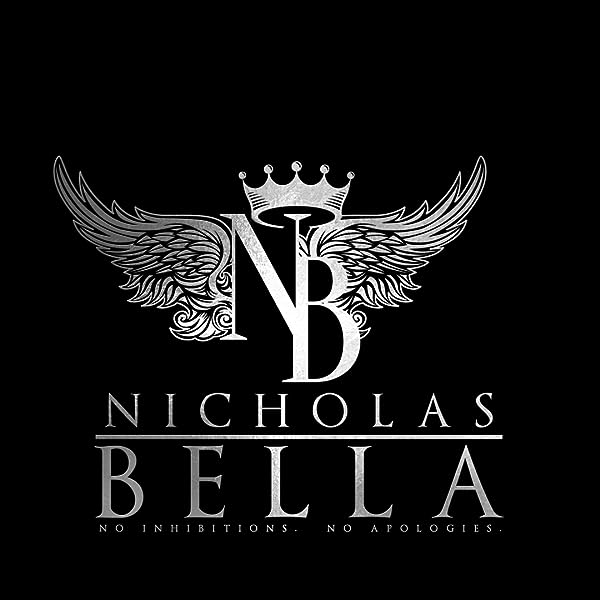 The hunter becomes the hunted… or does he?

Family, loyalty, brotherhood, and respect are the codes Zaire “Ze” Esai lives by and why the Lords of Chaos Motorcycle Club is the perfect fit for him. A ruthless killer with morals is almost unheard of, but that's what keeps Ze grounded. As an enforcer, he can satiate the darkness within him and deliver justice to those who deserve it. All is going well for Ze until one day, the father of a man he “eliminated” sends someone after him to even the score.

Colton Bridger is a seasoned assassin who never misses his mark. He enjoys his job because the money is good, but the thrill of the kill is better. When he’s commissioned to take out a target who murdered a wealthy man’s son three years ago, he gladly takes the job, expecting it to be business as usual. What he doesn’t expect is to meet his match in the man who is the cub to his Tiger.

In a game of cat and mouse, neither man knows who is the predator and who is the prey. Tensions are high, but libidos are higher. The chemistry between the two men reaches nuclear levels, leaving them confused and wanting. Will they be able to ignore their thirst for blood in order to quench their desires for each other?

Warning: This is a dark MM romance featuring alpha males with aggressive and possessive tendencies. Plenty of action and chaos. This story is also a prequel to the Road to Carnage series.

This is a prequel to the Road to Carnage Series.

About me? Hmmm, I'm just a person with a wild imagination and a love for words who was sitting around the house one day and said, "Why hasn't anyone written a book like this before?". As with every storyteller, I wanted to share mine with the world. I like to engage my readers in an adventure that will keep them captivated until the last page is turned. I love to leave readers thinking about my characters and stories until they get their next Nicholas Bella book. When I'm not writing, I enjoy watching movies and TV shows, clubbing, biking, and hanging out with family and friends. Living my best life.

Visit my website to learn more about my books, purchase merch, join my Rewards Membership, read my movie and TV reviews, and much more at: https://www.nicholasbella.com

Keep up to date with new releases, excerpts, and more by signing up for my newsletter: https://www.nicholasbella.com/newsletter

Stay connected with me and other readers in my reader group at: https://www.facebook.com/groups/nicholasbellaholics

lissthebooklover
4.0 out of 5 stars lots of action
Reviewed in the United States 🇺🇸 on October 5, 2022
Verified Purchase
Colton and Ze are trained assassins, each of them belong to a different organization and when they meet one is the target and one is the pray. They end up having an epic battle but their chemistry is so strong that they end up in bed rather than finishing their mission. This book is a prequel to the Carmage World and I was entertained the entire time I read. Colton and Ze are soulmates and work in perfect sync. I loved their connection, their commitment to each other and their made family. I’m looking forward to continue reading this series.
Read more
Helpful
Report abuse

Christopher B.
5.0 out of 5 stars Excellent!
Reviewed in the United States 🇺🇸 on December 19, 2022
Verified Purchase
This book was very exciting. There was a lot to it. Twists and turns. It was actually very satisfying. I'm looking forward to more novels in the series.
Read more
Helpful
Report abuse

Daria
VINE VOICE
5.0 out of 5 stars Intense and Amazing
Reviewed in the United States 🇺🇸 on September 30, 2022
Verified Purchase
You know there is killing cuz it's a job, then there's killing because you like it. Oh M G, Nicholas' newest release. Whew, the multitalented writer brings to you what he does best. Dark, edgy, and sexy.

Colton and (Zaire-love the name) no does it better, until they are pitted against each other and things get tricky and a bit sticky. Ze's past job comes to haunt him. Not that he'd ever back off or back down from doing what he does. The cool attitude, the sexy tones and the job he delivers make him one of if not the best of assassins. Enters Colton, assassin personified. His iciness has made his job top tier, he's never failed to bring it.

The Lords of Chaos is the backdrop for this amazing dark sexy and intense ride. Not your average story by the campfire by no means. But a chance to get to the MC just a bit better.

The game is afoot to say, dippin in the dark laying a trap until the trap is sprung the chemistry hard to deny between two of the most lethal assassins know. How will he get the job done? how will he deny the feelings? Plunge right on in immerse yourself in the Killing Chaos. The killers, primal males one-hundred percent. Enjoy Ze and Colton.
Read more
One person found this helpful
Helpful
Report abuse

DelorisJ
5.0 out of 5 stars Very Good Read
Reviewed in the United States 🇺🇸 on October 19, 2022
Verified Purchase
This book was delicious and left me hungry for more. Now I am going to take a bite out of book 3 again.

I am looking forward to book 5 in the series. I hope it is coming out soon.
Read more
Helpful
Report abuse

Kindle Customer
2.0 out of 5 stars Trigger warning needed
Reviewed in the United States 🇺🇸 on October 21, 2022
Verified Purchase
This book was... Unique. All I got to say. This book should come with explicit trigger warnings. Telling us it has dark themes is not enough. I really wanted to like this book but nope characters didn't learn or redeem themselves. No romance.
Read more
Helpful
Report abuse

Karen Ford
5.0 out of 5 stars Dark and Sexy!
Reviewed in the United States 🇺🇸 on October 3, 2022
Verified Purchase
Just a little bit bloody, but so sexy you don't mind! This one is a little dark. I loved it! The MCs go from Enemies to Lovers and it is sizzling hot! Two assassins, some near misses and one night of heat, changes everything! Colton and Ze never saw it coming!
Read more
Helpful
Report abuse

Mrshnymffn
5.0 out of 5 stars Men of Lust and Pride
Reviewed in the United States 🇺🇸 on October 6, 2022
Verified Purchase
The Master, Nicholas Bella continues to impress us. His imagination knows no bounds. This prequel makes so much come to light. His charters are bold, senual and so lustful. Thank you for this chapter in the Virtuous Sinners.⚘⚘⚘
Read more
One person found this helpful
Helpful
Report abuse

Mariella
5.0 out of 5 stars Nobody does Alpha better
Reviewed in the United States 🇺🇸 on October 5, 2022
Verified Purchase
Been a Nicholas Bella fan for a long time. I’ve not read anyone who can create insanely hardcore alphas with kinks (and mates) to match. Strongly suggest you read this whole MC arc. It’s a great ride. “-)
Read more
Helpful
Report abuse
See all reviews
Report an issue
Does this item contain inappropriate content?
Report
Do you believe that this item violates a copyright?
Report
Does this item contain quality or formatting issues?
Report