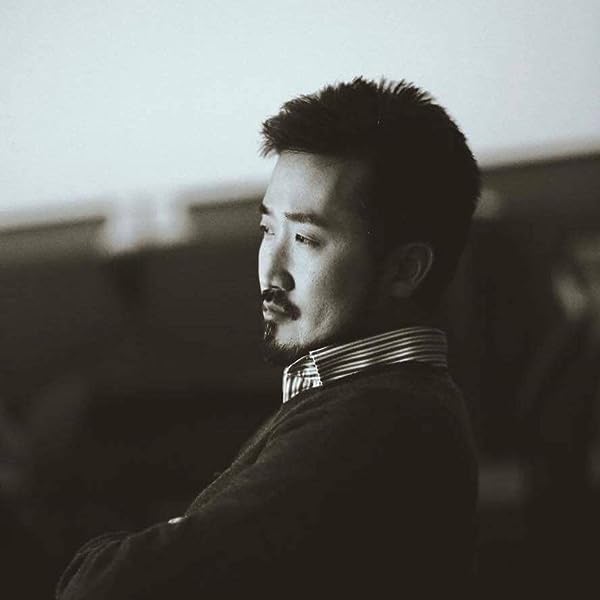 Jason Koo is the author of Man on Extremely Small Island (C&R Press, 2009), winner of the De Novo Poetry Prize and the Asian American Writers' Workshop Members' Choice Award for the best Asian American book of 2009. He was born in New York City and grew up in Cleveland, Ohio. He earned his BA in English from Yale, his MFA in creative writing from the University of Houston and his PhD in English and creative writing from the University of Missouri-Columbia. The winner of fellowships from the National Endowment for the Arts, the Vermont Studio Center and the New York State Writers Institute, he has published his poetry and prose in numerous journals, including The Yale Review, North American Review and The Missouri Review. He is an Assistant Professor of English at Quinnipiac University and Founder and Executive Director of Brooklyn Poets. He lives in Brooklyn with his cat, Django.

Start reading Man on Extremely Small Island on your Kindle in under a minute.

Jane W.
5.0 out of 5 stars "This is for the romantics..."
Reviewed in the United States on May 12, 2010
Verified Purchase
I was initially drawn to Koo's debut book of poetry because of our similar ethnicity and background: we are both (to steal from one of his titles) "Korean American Figure[s] in the Midwest." There aren't many published writers out there who share this bond with me. We both grew up feeling slightly out of wack in a world of blonde and blue-eyed neighbors, cornfields and cows, and malls of America. I could feel that shared sense of isolation in many of his poems, but soon realized that Koo's poetry strikes a cord on a much broader level. One does not have to be Asian American, or even a minority, to fully embrace this book. To anyone who has loved and lost, who has felt alone and longed for something more, or who has both laughed and cursed at the world: this book is for you. Koo's words are powerful, honest, and clever. They evoke a variety of emotions that sometimes "compete" with each other in a single poem (that's a good thing). In "Casey Blake and Time," you feel Koo's disappointment and satisfaction, sorrow and pleasure, and confidence and insecurity: "Even in complete happiness there is a chip. / Even in the hottest streak the seeds of a slump." I love how Koo uses baseball and pop culture to depict the themes of his book. "How to Watch Your Team Lose Game Seven of the World Series" ends with one of my favorite lines: "And then this, to see your team up by a run with two outs to go, / To get a glimpse of another life, and to sit there powerless as this life / Is slowly siphoned away from you and replaced with the one / You already have, the one your whole life has been preparing you for." Bravo.
Read more
3 people found this helpful
Helpful
Comment Report abuse

E.G.
5.0 out of 5 stars A poet to love
Reviewed in the United States on August 10, 2013
Verified Purchase
Jason Koo's "Man on Extremely Small Island" is a luscious treat, full of wit, humor, meditative thoughtfulness, and inventiveness. The title cleverly answers John Donne"s "No Man Is an Island," and that blend of literary resonance and contemporary angst typifies the collection. What a delight to discover Jason Koo. I hope others will too.
Read more
Helpful
Comment Report abuse

MB Burns
5.0 out of 5 stars Excellent read
Reviewed in the United States on March 2, 2010
Verified Purchase
Jason Koo has created poems that are approachable, at times humorous, and always intensively clever. We can relate to the pain of broken and lost relationships, smile in grim familiarity when we also remember our team losing Game Seven, and sympathize with the ironic twists of life. My favorite piece is "Shopping with Mayakovsky." It is a treasure.
Read more
2 people found this helpful
Helpful
Comment Report abuse
See all reviews