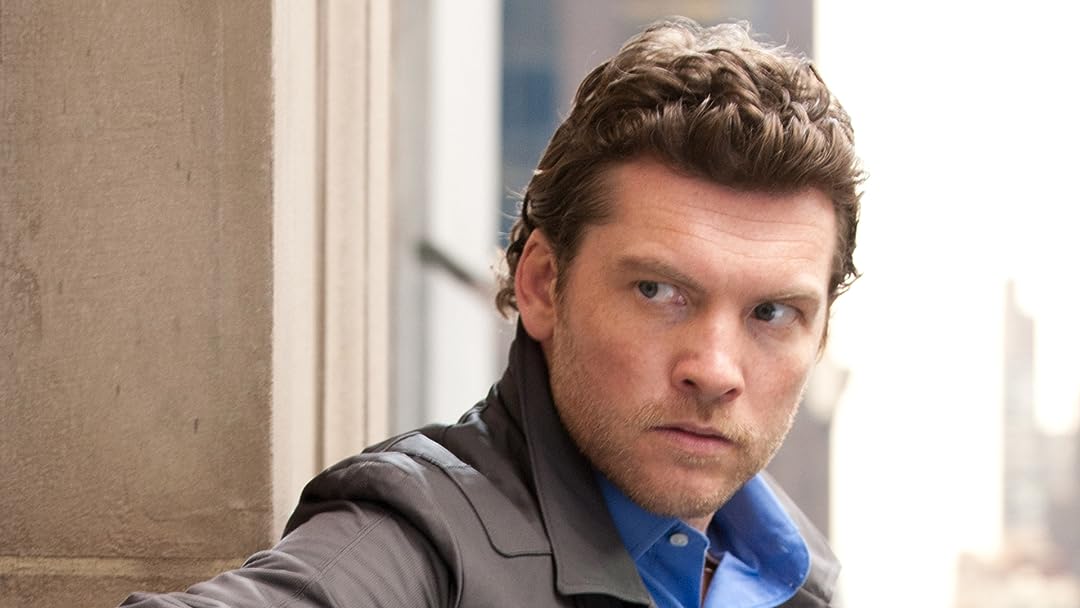 Man on a Ledge

DANNIReviewed in the United States on March 12, 2020
5.0 out of 5 stars
GOOD MOVIE
Verified purchase
Ignore the naysayers that believe everything in a movie has to have the precise protocol for every little movement. It'd JUST a movie, for goodness sake.
11 people found this helpful
Report abuse

Okemos56Reviewed in the United States on March 1, 2018
4.0 out of 5 stars
Good, not great escapist fare
Verified purchase
Silly, escapist fare about a wrongly convicted cop who masterminds an incredible event to clear his name, and there's nothing really knew in it if you've watched enough thrillers. But it's fun if you're looking for that and are not overly critical. The writing is journey level. The acting is solid. The start is a little slow because we all know that Sam Worthington won't jump, and every once in a while it drags a little so I give it only 4 stars.
16 people found this helpful
Report abuse

drobvitReviewed in the United States on March 18, 2020
3.0 out of 5 stars
Good, not great...I weep for America
Verified purchase
Good movie 🤔
Bickering lovebirds during a major heist??? Right!...Overdone. Ed Harris as a Klingon? 😆😆😆
Just okay. Coulda been better without the attempted humor and furrowed forehead. Truly wonder about people after seeing the rave reviews!

CJReviewed in the United States on March 25, 2020
2.0 out of 5 stars
Tacky!
Verified purchase
Maybe this could have been a good movie with some extra thought, better acting, better music, less predictable...a little more class than Kmart intimate apparel modeling scenes through out the duration of the heist scene. The heist scene was filled with the maturity of a "nickelodeon" couple bickering and the woman's ridiculous amount of cleavage thorough out...the director definitely got us all feeling really uncomfortable with the multiple camera angles on her and her bosoms bursting out of her bright pink over the shoulder boulder holder...so TACKY it was embarrassing to watch. I will definitely will not be watching any movie with the same Director involved. YIKES!
Oh wait the movie was about said dude guy on the Ledge? hmmm...
5 people found this helpful
Report abuse

neognomicReviewed in the United States on April 4, 2020
4.0 out of 5 stars
Don't watch the trailer
Verified purchase
My heart was racing through most of the movie and continued for a while after it finished. Take the chill pills if one has a heart condition.

The trailer will spoil the movie since it gives away many, too many, of the movie's special scenes. I did not until after watching the movie and am glad I didn't. The lists of main and especially supporting actors was enough for me to know this was worth a watch.

I'd watch it again but not for quite a while because this is a one shot movie. Once one knows what is going to happen, for certain, it won't be nearly as thrilling to watch, ... not unlike many things in life.

*}SPOILERS{*
In retrospect, I dismissed several scenes of utter nonsense and stayed with the movie. Without giving too much away, the car wreck and the jump are the worst offenders. Nobody driving a vehicle without wearing a seat belt or a door air bag gets out of a car almost demolished by a train and then literally runs away. Nobody jumps from over 200 feet above ground gets up immediately after landing no matter what they land upon. ...
A lot of the excitement was provided artificially by the background music being hard driving and loud but never so loud as to be overwhelming the way some artists and directors do it. Watching it with the sound off and reading subs will not be very good.

LittleSaraReviewed in the United States on March 30, 2020
3.0 out of 5 stars
Reminiscent of a graphic-novel scenario
Verified purchase
Plot: Highly improbable. Surprises: Quite a few, but not particularly believable ones. It's one thing to be surprised, but then, if you have to turn around and say, "Well, that's really unlikely," the effect of the surprise is ruined. That happens again and again, in this movie. Acting: Ed Harris might as well have an "I am the Big Bad Villain" sign hanging around his neck. He can do better than this. Insignificant role for Kyra Sedgewick. If you can suspend your disbelief for a while, you may find this a fairly good adventure, but it is not worth 5 stars.

BAITnessReviewed in the United States on April 21, 2020
3.0 out of 5 stars
A fine film that has no aspirations of greatness.
Verified purchase
This movie was fun. It gives you an easy to hate villain, a high stakes situation, and a set of solid performances by some great actors. It also gives you huge plot holes, TV style budget directing, a tremendously unearned ending, and a plot that would have been more at home in a 30-45 minute TV show.

Lets start with the good. I enjoyed this film. It was fun, felt sufficiently tense, told a somewhat interesting story, and features lots of good performances from good actors. You are probably aware that the film has Sam Worthington, Elizabeth Banks, and Ed Harris - they all do a great job. There are loads of good actors in this film though, including Anthony Mackie (you know him from The Hurt Locker and Marvel films), Kyra Sedgwick (the closer), Ed Burns (Saving Private Ryan), and William Sadler (Shawshank Redemption, The Pacific, Deep Space 9, Die Hard 2, you know him from several places). The character writing for all of them is good, and they all nail their parts. This results in a film with surprisingly good acting, even in the smaller roles. The story being told is somewhat interesting, and it panders heavily to try and make the villains unlikable and the heroes likable underdogs under enormous adversity.

Weirdly, despite their excellent cast and despite how the film is marketed, this film is not aiming high. This is not trying to tell an incredible twisting tale of deception. It is not a high stakes adrenaline rush heist movie. The first half of the movie is a drawn out suspenseful character drama, and the back half is a poorly shot action movie. The entire thing is held together with huge plot holes and wrapped up with an out of place ending. The ending was so poorly done that I feel like loads of supporting scenes must have been cut out of the movie.

Despite the plot holes and unsupported ending suggesting that the movie was butchered in the cutting room, this movie is also stretched out with scenes that could have been changed or cut without affecting anything. I think this could have easily been cut into a TV show without losing anything interesting. The movie stretches itself out far longer than it should be, with scenes that end up being irrelevant, scenes that continue for longer than they need to (a big mistake in a movie meant to be as suspenseful as this), and a meandering plot that could have had 2 huge sections (and about 40 minutes of film) rewritten without changing anything.

This film could have easily been cut into a TV show, and the camerawork actually befits a TV show far more than a feature length film. There are far too many close up angles and poorly framed shots to believe that the main character actually is standing on a ledge... which is particular poor filmmaking in this case because as far as I know they actually did film Sam Worthington actually acting while standing on a ledge some 20 stories up in the air. I think they actually did it legitimately, but whoever was in charge of the camerawork and directing was only familiar with how to do it from a TV standpoint. The film is constantly shot in the same way a TV show would fake it, with angles hiding the background and the steep drop, almost as if they were saving money on greenscreen special effects. This is an enormous mistake in this film - if you are going to do this stunt for real, why the hell would you use so many shots that cover it up?

In the end the acting carries the film, and the actors do such a good job that this is still a fun watch. You will have a constant irritating tickle in your brain telling you that this is actually a TV show, and you may be on the verge of losing patience several times, but this movie is still enjoyable. I do not mean to be harsh, but there is a reason you are familiar with the names of these actors, but unfamiliar with the name of the director and writer. I would still recommend this, but you likely won't remember the film after watching it. A bit better than a 3/5, but not good enough to round up to 4/5.
One person found this helpful
Report abuse

joel wingReviewed in the United States on March 20, 2021
4.0 out of 5 stars
Great plot with lots of deception and tension
Verified purchase
Sam Worthington is the Man On A Ledge. The movie has a very strong beginning. That’s because it’s all deception. It makes you think the story is about one thing and then another, but then it proves to be something completely different. The plot also creates a lot of tension. It’s got a good cast as well with Elizabeth Banks, Anthony Mackie, Ed Harris, Edward Burns and Titus Welliver who I always like to see. The ending does go a little over the top but it’s still a very entertaining film.
One person found this helpful
Report abuse
See all reviews
Back to top
Get to Know Us
Make Money with Us
Amazon Payment Products
Let Us Help You
EnglishChoose a language for shopping. United StatesChoose a country/region for shopping.
© 1996-2021, Amazon.com, Inc. or its affiliates