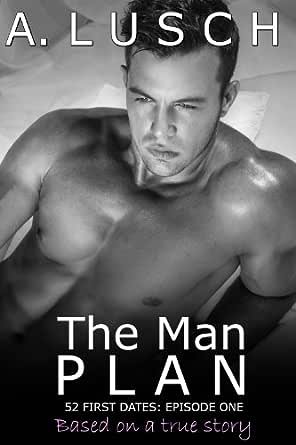 You've subscribed to 52 First Dates! We will preorder your items within 24 hours of when they become available. When new books are released, we'll charge your default payment method for the lowest price available during the pre-order period.
Update your device or payment method, cancel individual pre-orders or your subscription at
Your Memberships & Subscriptions
There was an error. We were unable to process your subscription due to an error. Please refresh and try again. 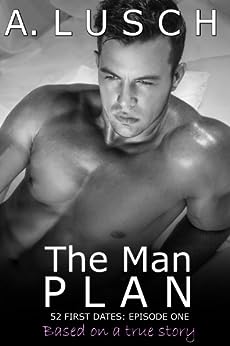 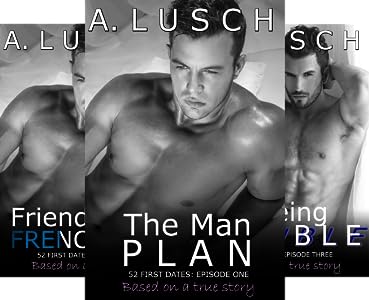 Kindle Customer
5.0 out of 5 stars Funny, hot, sexy and entertaining as hell
Reviewed in the United States on January 12, 2014
Verified Purchase
Going on 52 dates in a year, one a week, sounds like a tough mission, but for David, it's a personal goal to succeed at finding a husband. Hey, it's a tough job but someone has to do it..sacrifices have to be made.

I'll tell you a little secret - David is actually modelled on the author himself, Algenon Lusch, as this story is based on his own TRUE 52 1st Dates plan to find a husband. It's makes it an even more salacious a story to read knowing there's someone out there who's talking from experience :)

So this is the plan David has - there are a few rules:

He has to have a date every week with a new man.
A hook-up is NOT a date (I guess it's just a bit of itch scratching and we all know what that's like )
Dating must continue until the perfect match is found.

And so, with anticipation and a permanent hard and a never ending supply of online dating sites offering the best in men that the world has to offer (within reason of course, there are always the perverts, the ones who don't want any sort of relationship and the downright bloody scary...)David begins with gusto.

Of course, his first foray into the world of his 52 dates ends up being nothing more than a shag at his flat but hey! there's always tomorrow to find that special someone.

And so begins David's journey into the delights of sexy, willing participants in his quest to find Mr. Right. His fantasy is for mostly olive skinned, slim, and dark eyed sensuous men. His best friend Jess is more than willing to help support him with his 'test drives' and proves an amusing and fun secondary character to David's single minded focus.

This is funny, hot as hell, and an extremely good read for a quick distraction from the troubles of the world. It's honest and open and the life of a gay man is laid bare in this frank discourse of David's sexploits and his inner emotions into finding his future mate and husband. It's the life of a gay man in the great city that is London, with a choice of metropolitan delights on the gay man's menu and I enjoyed every minute of it.

It's well written, I loved the character of David, this book made me laugh, chuckle and blush every step of the way and drew me into the world of dating and gay men like no other book I've read. The 52 dates idea is a unique concept to me and this makes for such a refreshing and delightful read. I can't wait to see how it all turns out and whether David finds his perfect man.

I can heartily recommend this story and the next in the series Friends and Frenchman, and that review will follow soon.
Read more
Helpful
Comment Report abuse

David is heading, actually running, into his mid-30's and getting tired of the hook-ups and random sex and wants to settle down and find a sexy and loving husband. He feels that he will have to be very strategic in the way he handles this. So he comes up with the Man Plan, the 52 First Dates is formed. The challenge will be quite simply to have one date per week for the next 52 weeks. This should ensure that David will find that husband and if not then he will have a great and sexy year of men.

What I loved so much about this book is the way David wrote this in the first person and to know his feelings with every step of this challenge! I have to say that coming up with 52 First dates are quite genius and I really hope it is a huge success. The way the author has written the sex scenes and trust me they are hot, steamy and very sexually detailed and I found myself rereading those scenes as they were so beautifully written. We are first introduced to Rick who is his regular hook up and who also happens to be in an open relationship and is not hubby material but OMG Rick has moves! He meets Rav but things don't go so well so you start realizing that David will be going on a lot of dates in search of Mr. Right. It was fun when David was discussing his hook-up apps as he does seem to be the King of those apps and they are the basis so far for the man finding. The reader will get a glimpse in this part of the gay world, I am already familiar with it but for the average reader it will be a lot of fun. The author describes the scene in London so well that I feel that I have been there and that was a lot of fun and educational for me to be a part of the Brit life for the duration of the book.

I am so rooting for David to find that hot husband and hope he finds him and I have a feeling that David will be going on a lot of dates. This is the first book out of three so far, so make sure that you read next. Friends and Frenchmen as his 52 date challenge story continues! I highly and I mean highly recommend this book to anyone who believes in love and having great sex and of course wants to learn about the hook-up apps and the London scene!

I received a complimentary copy of the book in exchange for an honest review.

David is in his thirties and tiring of club hopping and random hookups, after all, he’s not getter any younger. Just because he’s gay doesn’t mean he can’t have what everyone else has. A husband, a family. So he comes up with a plan, 52 first dates over the next year. So we have a new series, with each novella chronicling the latest news from David while he’s on his quest for Mister Right!
The Man Plan is episode one, and I tell you these novellas seriously read like the script for a TV show. I see a lot of QAF in the words, there is definite possibility. So, I digress, the premise.. there are rules, you see, in order for his plan to work. You’ll have to grab a copy so you can see them for yourself.

This first installment focus’ is on the plan and David trying to keep himself on track. It’s difficult for an overzealous gay man to keep his libido caged when he’s meeting all these hot men in hopes of finding a husband. Let’s just say Rav goes from potential to hook up way to quick, but damn it was sexy! I really enjoyed the insight into David’s mind while he was putting the plan in motion. You are inside his head the entire time and you realize that he’s driven, smart, funny and determined. It was nice that the author didn’t focus on sex, sex, sex. There is some steamy sex, but there is a plot and some fantastic character development as well.

I definitely recommend you grab a copy of this one and get ready to welcome a new series to your e-reader!

*I received a copy of this book in exchange for an honest review through MM Good Book Reviews*
[...]
Read more
Helpful
Comment Report abuse
See all reviews

Tween
4.0 out of 5 stars Love the premise of this series!
Reviewed in the United Kingdom on March 20, 2014
Verified Purchase
David's got a plan, and it's a simple one. He's going to find himself a husband, and he's going to do that by going on a first date every week of the year until he finds Mr Right... If only he could stay away from Grindr, with its host of Mr Right-Nows.