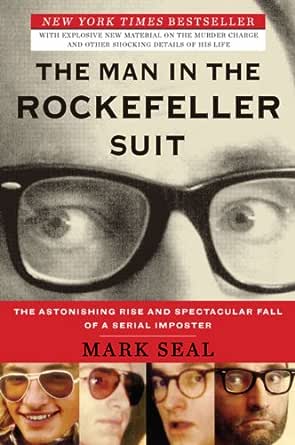 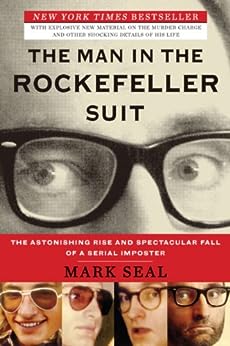 The Man in the Rockefeller Suit: The Astonishing Rise and Spectacular Fall of a Serial Impostor Kindle Edition

Mark Seal is a contributing editor at Vanity Fair, where his piece on Gerhartsreiter was a finalist for a 2010 National Magazine Award. He is also the author of Wildflower. He lives in Aspen, Colorado. --This text refers to the hardcover edition.

When the fingerprints came back from the lab, one thing was finally clear: the kidnapper was definitely not a Rockefeller. He was Christian Karl Gerhartsreiter, a forty-seven-year-old German immigrant who had come to America as a student in 1978. Shortly after his arrival, he disappeared into what the Boston district attorney would call “the longest con I've seen in my professional career.” The elaborate, labyrinthine nature of Gerhartsreiter's shapeshifting adventures, from the time he set foot in this country as a seventeen-year-old student right up to his disappearance, makes his story more bizarre than any gifted writer of fiction could possibly invent. --This text refers to the hardcover edition.

"Fascinating. ["The Man in the Rockefeller Suit"] is a brisk narrative that has all the pace and drive of a suspense novel."
-"The New York Times"
"Riveting."
-"O, the Oprah Magazine"
"A tailor-made riveting read.... Forget fiction. Pop this jaw-dropper in your beach bag."
-"USA Today"
"[An] impeccably reported and fascinating book."
-"Los Angeles Times"
"This spectacular story is all in the entertaining details."
-"Newsweek/The Daily Beast" (One of 10 Must Read Summer Books)
"Fascinating."
-"People Magazine" (4 stars)
"Highly diverting."
-"Salon"
"A tasty souffl? of deceit. THE MAN IN THE ROCKEFELLER SUIT is a terrific read, well-reported and well-structured."
-"Portland Oregonian "
"[A]n intense and compellingly told tale of a self-made man, in every sense of that term."
-"The Washington Times"
"In striking detail, and at a rapid clip, the writer unravels theT --This text refers to an out of print or unavailable edition of this title.
Read more