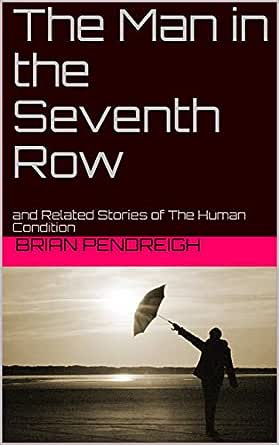 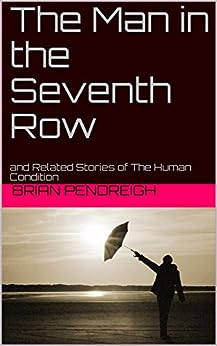 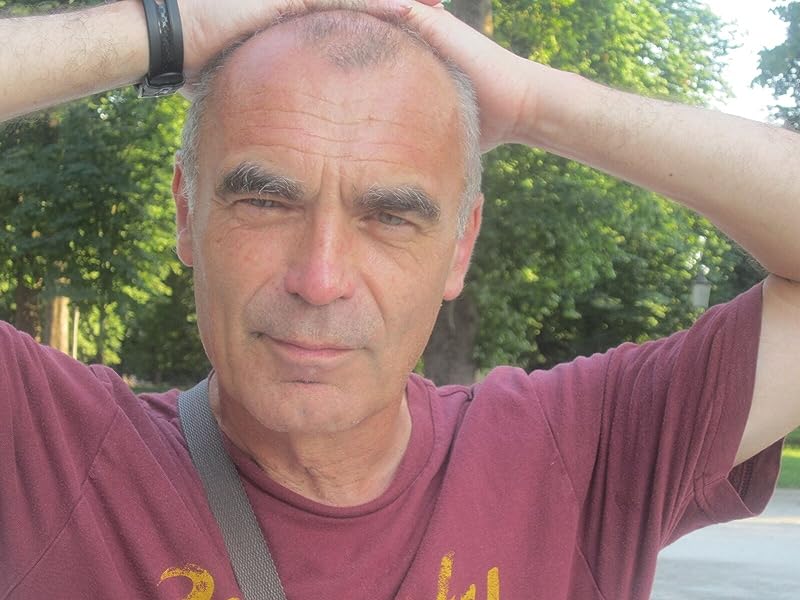 The Man in the Seventh Row: and Related Stories of The Human Condition Kindle Edition

J Wong
5.0 out of 5 stars Intriguing book - must read for film buffs
Reviewed in the United States on November 18, 2020
Verified Purchase
A chance to reminisce with the protagonist as he recalls the experiences and films that have marked his life. Makes you think about the significant films in your own life as the storyline gently unfolds. A thoroughly enjoyable read.
Read more
Helpful
Report abuse
See all reviews

John Hutcheon
5.0 out of 5 stars A hidden gem of a novel about movies and much more.
Reviewed in the United Kingdom on October 14, 2020
Verified Purchase
This is a real hidden gem which I can heartily recommend. While a love of the movies (and cinemas) helps, it is a book more than worth reading even if that isn’t your thing. That said, anyone who can remember the excitement of being a wee boy sitting in the cinema waiting for the lights to dim and the film to start will most definitely relate to this book. Alongside this there is a fair bit of nostalgia for 1960s/1970s Edinburgh and East Lothian, along with a palpable yearning for that precious childhood time spent with your Dad. The central character is clearly lost and damaged now. The narrative flits between his obviously secure and happy Edinburgh childhood and him now struggling to cope with life (and some dark secret) in modern day LA. This is a man carrying some serious baggage, from which he seeks refuge in the safe cocoon of the cinema.

It’s not really clear why he is in LA. Elements of his past appear as he develops a relationship with a woman he meets in an LA bar. His obsession with the movies becomes more and more apparent, almost as if it were taking over, literally absorbing, his life. Somehow she sees this happening, and seeks to draw him back into living his life, perhaps with her, in the ‘real world’. The whole thing is handled skilfully and with wit and no little tenderness. There are countless wry references to movies that are fun to spot, but not key to the narrative. The revelation of the terrible and tragic event in his past from which he is hiding takes the breath away when it is revealed.

There are also three short stories, each of which has a satisfying twist. I particularly enjoyed Sometimes She’ll Dance which features a fictional writer of the great Scottish novel of the twentieth century. The author has a pleasant narrative ‘voice’ and is an excellent storyteller. I found myself humming the theme tune to The Magnificent Seven for days after finishing this book.
Read more
One person found this helpful
Report abuse

D. K. Hallagan
5.0 out of 5 stars A book to make you think, laugh and cry.
Reviewed in the United Kingdom on December 6, 2020
Verified Purchase
The Man in the Seventh Row is really hard to categorise - yes it's a novel about films and those who love them, but it's so much more than that. It's quirky, intelligent and by turns happy and sad and it perfectly captures the excitement of a child discovering the silver screen and how it influences his life.
The final 3 short stories that complete the book tie everything together really neatly - at the end of the final one I cried like a baby. I absolutely loved it!
Read more
One person found this helpful
Report abuse

Dr. Brian. Cosford
5.0 out of 5 stars I loved this book
Reviewed in the United Kingdom on November 8, 2020
Verified Purchase
A really good read. I enjoyed the wealth of detail about all the films - although I hadn't seen them all I knew enough about them to get the point. Being a local (Portobello, Edinburgh) I enjoyed all the references to local cinemas - past and present.
Read more
One person found this helpful
Report abuse

S. King
5.0 out of 5 stars Great read!
Reviewed in the United Kingdom on March 15, 2021
Verified Purchase
The writing crosses boundaries between fact, fiction and time.
Read more
One person found this helpful
Report abuse
See all reviews
Back to top
Get to Know Us
Make Money with Us
Amazon Payment Products
Let Us Help You
EnglishChoose a language for shopping. United StatesChoose a country/region for shopping.
© 1996-2021, Amazon.com, Inc. or its affiliates