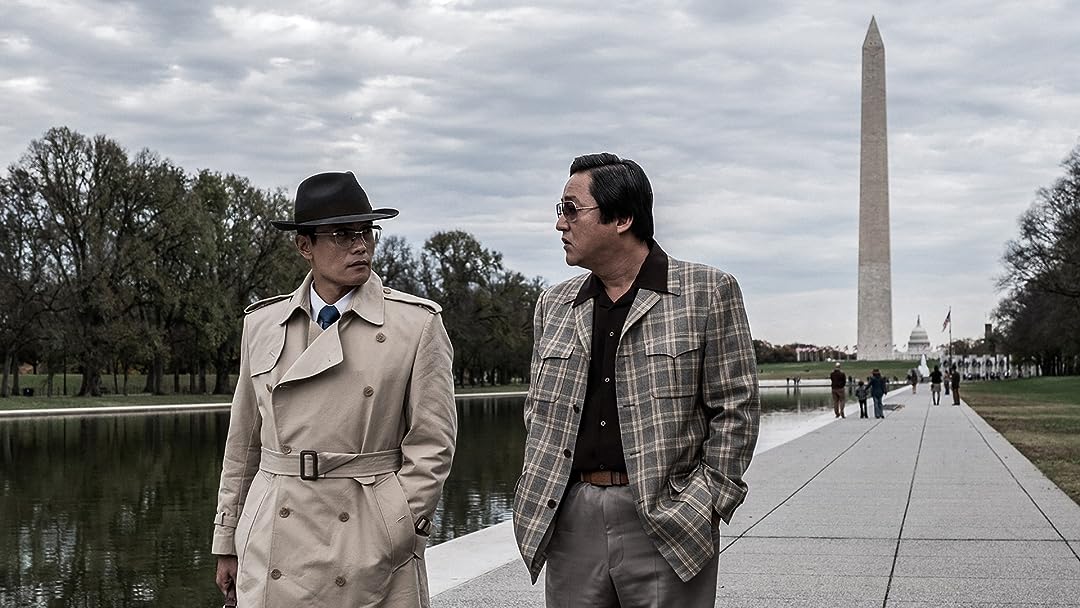 The Man Standing Next: The Assassination of a President

(168)7.01 h 53 min202018+
In 1970s Korea, both the current President of the Korean Central Intelligence Agency and his second-in-command find themselves embroiled in a politically dangerous battle of wits when their organization comes under threat from a former director turned defector.

kinaitReviewed in the United States on June 5, 2020
4.0 out of 5 stars
Somber tale of corruption and responsibility
Verified purchase
This film focuses on events leading up to the assassination of South Korean President Park Chung-Hee by KCIA (South Korean Intelligence) director Kim. The story focuses on Kim’s growing feud with the scheming Security Chief Cha (named Gwak in this film) and Kim’s conflicted attitude toward Park’s regime. Kim was a player in the revolution that succeeded in overthrowing a dictatorship but failed to create democracy; instead, Park used the KCIA to surveil and violently suppress any opposition to his regime, and made himself a lifelong dictator by drawing up a new constitution. To outsiders, Kim insists that the presidency will improve, despite knowing that Park will not change. We see his reactions to numerous instances of Park’s refusal to step down, such as when Park casually suggests killing “one or two million” rebellious citizens to maintain his power. As part of the regime, Kim himself is far from innocent and has complex motives for his actions. This is a quiet and somber film, and the story is mostly told through conversations. The details may be hard to follow as more figures come into play (or if you don’t know a little South Korean history). Its strength lies in subtle details, such as the way Kim responds when Park asks him to share his true feelings about the regime, and the meaning behind Park’s creepy phrase “You have my full support; do as you please.” One of its main themes is the repeated failure of lofty revolutions through human ego, greed, and systemic corruption. The performances are superb despite the story having a subdued mood. If you watch Korean films and the premise seems familiar, it may be because The President’s Last Bang also focuses on Park’s assassination.
5 people found this helpful

B.L HarrisReviewed in the United States on November 19, 2020
5.0 out of 5 stars
Research before you watch.
Verified purchase
This will be extremely confusing unless you do a little advance research of the Park assassination. Of course it's a catch-22 since that research could spoil the plot.

solewReviewed in the United States on April 18, 2021
5.0 out of 5 stars
revisionist?
Verified purchase
Some reviewer here called this movie "Revisionist history". To be able to call it revisionist, you should know the history of the era. However, I don't think the reviewer knows. If you really knew what was going on at that time, you could never label this movie revisionist. Then, do I know about that era? I was living there at that time.

Probably there was some dramatization to fill small gaps, but the overall outline of the story is solid.

President Park surely had contributions to economic development of South Korea, but unfortunately because of what he had done to hold onto the power, his presidency became a sad chapter of Korean history.

Chad PetersonReviewed in the United States on May 14, 2021
4.0 out of 5 stars
A thrill for the patient observer of recent Korean history
Verified purchase
This movie is your traditional thriller, so if you're looking for Mission Impossible or something similar, look elsewhere. This is a movie primarily about the conditions which led to the leader of the KCIA nearing the end of former Korean president Park Jung Hee, Kim Kyu Pyung, to assassinate his former friend. It is a movie about Kim and his relationship with the former dictator president, and ultimately, about how that friendship rapidly deteriorated over the events leading into Kim's decision to launch his short-lived coup. As such, while action is present and is of a high quality, it occurs very rarely. As someone whose interest in Korean history has only recently emerged, I can't comment on the exact details of this movie, but from what little I do know of it, the movie appears to be grounded in reality. I particularly appreciate the attention given to Kim's apparently more benevolent nature than his colleagues, a driving force in the leadup to the movie's climax. As someone concerned with politics, I appreciate the simplicity with which complex arrangements are described - no extraneous information is given to the audience, and the movie allows any lesson on moral or political philosophy to be inferred by the audience rather than attempting to spoon-feed it. One of those lessons is very clear: dictators grow rotten with power, and whatever moral ambitions they may have used to excuse their actions in taking power fall sickeningly flat when applied wholesale to keep themselves in power after they've become the very thing they fought against.

Robert Pimentel Reviewed in the United States on July 31, 2020
5.0 out of 5 stars
The Koreans, once again, make a kick-ass movie.
Verified purchase
I’m a big fan of Korean movies and this movie did not disappoint at all. It’s based on the 1979 assassination of South Korean President Park Chung-hee by the head of the Korean Central Intelligence Agency Kim Jae-gyu. The acting of legendary Korean actors Lee Byung-hun and Kwak Do-won, and the rest of the cast was excellent. While this is not an action movie, it was very tense throughout. Do yourself a favor and watch this movie; especially if you take an interest in Korean history.
2 people found this helpful

americansniperReviewed in the United States on June 19, 2021
4.0 out of 5 stars
Well done
Verified purchase
Dark and suspenseful political thriller that culminates in the assassination of the Korean president. Based on actual events but not entirely historically accurate.

Rajah ChackoReviewed in the United States on August 22, 2020
4.0 out of 5 stars
Taut screenplay and huge character development
Verified purchase
Good acting and a taut screenplay about a tumultuous time in South Korea's history. If you liked him in Mr Sunshine, you'll like Byun-hun Lee's performance.
One person found this helpful

Amazon CustomerReviewed in the United States on January 6, 2021
5.0 out of 5 stars
Excellent dramatic and historical film
Verified purchase
historically accurate, excellent acting.
See all reviews
Back to top
Get to Know Us
Make Money with Us
Amazon Payment Products
Let Us Help You
EnglishChoose a language for shopping. United StatesChoose a country/region for shopping.
© 1996-2021, Amazon.com, Inc. or its affiliates