You've subscribed to The"Circe" Series! We will preorder your items within 24 hours of when they become available. When new books are released, we'll charge your default payment method for the lowest price available during the pre-order period.
Update your device or payment method, cancel individual pre-orders or your subscription at
Your Memberships & Subscriptions
There was an error. We were unable to process your subscription due to an error. Please refresh and try again. 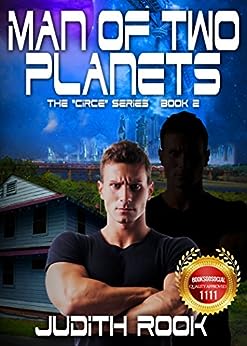 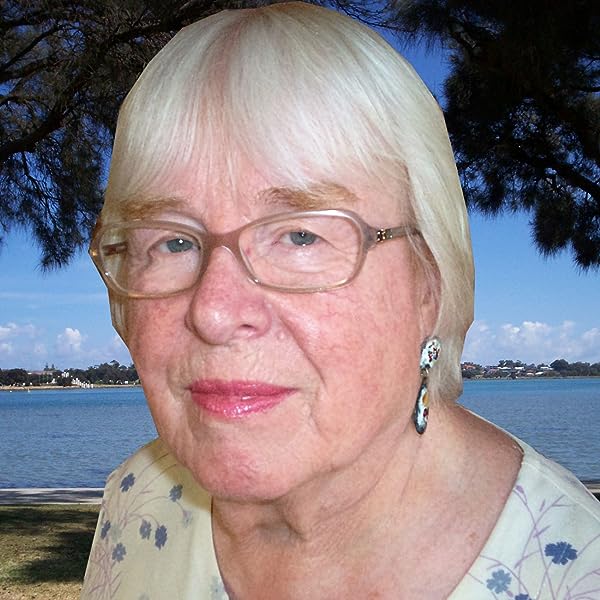 An Amazon Book with Buzz: "Punch Me Up to the Gods" by Brian Broome
"One of the most electrifying, powerful, simply spectacular memoirs I—or you— have ever read." —Augusten Burroughs Learn more
Books In This Series (1 Books)
Complete Series 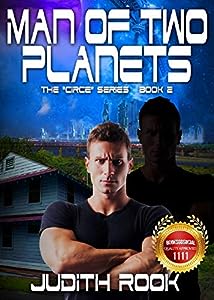 Leland
4.0 out of 5 stars Shakespearean Science Fantasy with a Content Warning
Reviewed in the United States on November 23, 2018
Verified Purchase
Man of Two Planets follows the human envoys of the sentient planet Circe, Tethyn, Rayanna, and Borto, as they struggle to fit into the rigidly hierarchal culture of First Home. The Circean humans live in harmony with their planet, and while they know how to defend themselves, it’s a skill they seem to rarely need. A peaceful, fair, and seemingly equality-minded people, the Circeans display less culture shock than one might expect as they navigate the strange and sometimes appalling customs of First Home high society.

Despite being a space-faring culture possessing highly sophisticated technology, the people of First Home adhere to strangely regressive and militaristic values. The planet is ruled by a handful of elite families descended from the original colonists who control the vast majority of the planet’s wealth. Formal manners play a major role in many scenes, to the point that chaperones are required when unattached adults of the opposite gender meet.

In fact, it became apparent early on in the story that women on First Home are considered essentially property of their male guardians. Unfortunately this is not just in the abstract or traditional sense; the wealthy families of First Home maintain fortified complexes and sizeable standing armies precisely because they fear the men of other families may attack or try to steal their women.

This cultured, formal society with its standing armies, bodyguards, chaperones, and ever-present fear of woman-stealing leads to a peculiar contradiction: in a society in which everyone is far too much of an honorable gentleman to step outside the bounds of propriety, who exactly goes around attacking women?

Unfortunately this question is answered relatively early on in the book, and that’s where the content warning comes in. Shortly before the 25% mark there is an on-screen sexual assault (one that is described rather than implied,) and it becomes clear as the story progresses that this is a not-uncommon tactic for the leaders of a rival house to ‘stake their claim’ to the assets of another family. Or just for fun, apparently.

Much of the conflict in Man of Two Planets takes place between the Haute Foret or High Forest family, to which Borto and the other Circean envoys are attached in one way or another, and the Courvenier family (to which the aforementioned rapist belongs.) There’s a certain amount of backstory that sets up why the Circeans and their High Forest allies have reason to fear and loathe the Courveniers, and particularly their leader and his right-hand man, Vaire.

The portions of the story I found most interesting, however, were those that explored life on Circe. From clouds of microscopic ‘wild’ machines called parthobots that can take any form, to the way the planet grows new forms of life and waits for her human “locators” to find them and set them free from the earth, the sentient planet seemed like a fascinating place.

Likewise, the story seemed to move more freely on Circe, less encumbered by the stiff and fearful formality of First Home. It was an arena where the protagonists almost had a fighting chance against their enemies, and so it seemed fitting that the book wrapped up this chapter of the heroes’ story and came to a conclusion there.

In all, Man of Two Planets was a difficult book to review. Circe reminded me a bit of Petaybee, Elizabeth Anne Scarborough’s sentient planet. The feuding First Home families with all their romantic and political machinations, combined with the constraints of their stiffly formal society, seemed almost Shakespearean at times.

(There’s a particular scene where the High Forest family’s leader and his friend sneak into a masked ball to dance with their sweethearts, and then find themselves caught between wanting to intervene in Courvenier’s evil machinations and wanting to evade the public censure of discovery at a ball they couldn’t respectably attend. That particular act struck me as so Shakespearean that Shakespeare himself would have been proud of it.)

Then there’s the appalling situation the story’s women find themselves in, one where the only safe place for them is locked in a gilded cage of their male protectors’ making. As the story progresses, it’s shown that inner darkness is not a domain unique to the men of the Courvenier family. Underneath all the fine manners, women are never truly safe around First Home’s men.

Borto’s awareness of his inner darkness– that which makes him an unusually promising warrior for a Circean– makes him perhaps the most human and relatable of all the book’s male protagonists. He recognizes his dark impulses for that they are: not a natural part of being a strong and powerful man, but something repulsive and shameful which his loved ones should never be exposed to. It’s too bad such a sense of conscience isn’t more common.

Author Jim Cronin
4.0 out of 5 stars I truly enjoyed this book
Reviewed in the United States on March 27, 2018
Verified Purchase
A living planet reaching out to learn about a threat approaching from the far reaches of space. This story is something unique among all the scifi I have read, and an intriguing idea. The natives of Circe, and their abilities, as well as their relationship to the planet made for some very interesting characters. The growing partnership with some from First Home, and intensifying division with others, are building to a climax not yet revealed in this second book of the series. I truly enjoyed this book, and will go back to read the first in the series to fill in some of the blanks in the story I am curious to learn about.
Read more
One person found this helpful
Helpful
Report abuse

Cerin Bos
4.0 out of 5 stars A great story!
Reviewed in the United States on June 18, 2017
Verified Purchase
'Borto Claibrook-Merjolaine, born and raised on Circe, the planet with a mind, is the only man of his generation to become a warrior. As he learns combat skills on the neighboring planet of First Home his mentor, Hal, detects a dark creature hidden deep inside Borto’s personality. Coming from Circe’s own shadow, the being adds extra strength to Borto’s normal Circean abilities.'
Man of Two Planets is a very imaginable sci-fi adventure that not only boasts a living planet, but is populated with interesting well-developed characters who stay with you long after the book is finished. Borto and his sister, Tethyn are great characters and even the villainous Vaire, although a disgusting pig, is immensely watchable.
I only have one complaint. Ms. Rook obviously put a lot a care and effort into constructing the intricate planetary hierarchy and courtship rituals of First Home and the living planet of Circe. In my opinion a bit too much. It really bogs down the story until you acclimate yourself. However, I have to say that the imagery she invokes remind me of the old sci-fi masters Heinlein, and Asimov. All in all it is an enjoyable story and well worth reading.
Read more
One person found this helpful
Helpful
Report abuse

an avid reader
5.0 out of 5 stars A thought provoking read!
Reviewed in the United States on August 12, 2017
Verified Purchase
I can tell a lot of time has gone into the crafting of this story. Some of the steamier scenes are hot, and well written. A great book to spend some time over. Check it out for a good weekend of pleasure.
Read more
One person found this helpful
Helpful
Report abuse

Liger Zero
4.0 out of 5 stars Didn't need to read book 1
Reviewed in the United States on November 24, 2018
I’m writing this with the caveat that I didn’t read book 1 but was affirmed that I didn’t need to. Even so, with some much-needed exposition, I wasn’t too confused for most of the book, particularly due to the many examples of characters and cultures and details behind how things worked. It follows Tethyn, the strong-willed protagonist from book 1, and her brother Borto, a rare warrior from Circe with a dark inner conflict. Though he does little “warring,” his culture shock of coming from a sentient planet connected to its people to a planet of feuding houses with the honor culture of an Islamic State takes center stage.

The setting of First Home and Circe and their cultures seem to play a character in themselves with many of its idiosyncrasies being much of the world building and inconveniences of the plot. First Home, with its different houses like that of Dune but in closer proximity to show them play off each other like, however, with the Romeo and Juliet setup comes conflict being in the realm of screwing with the females of rival houses, giving rise to many of the stringent rules. I was given a warning for “some explicit sex” but “a detailed rape scene” probably should have been a part of the caveat.

Although much of my worries coming into this book were unfounded, I still found this book not up my alley. Call me naive, given how this is act on between real cultures, the tribalism of the houses “othering” each other to point that they didn’t see the women as people but pieces in a game is forshadowed by the Courvenier family and Vaire. As for how it ended, it seems the story will continue on for another entry.
Read more
Helpful
Report abuse
See all reviews
Back to top
Get to Know Us
Make Money with Us
Amazon Payment Products
Let Us Help You
EnglishChoose a language for shopping. United StatesChoose a country/region for shopping.
© 1996-2021, Amazon.com, Inc. or its affiliates