Add to Cart
$22.75
+ Free Shipping
Sold by: Blackstone_Publishing
Have one to sell?
Sell on Amazon 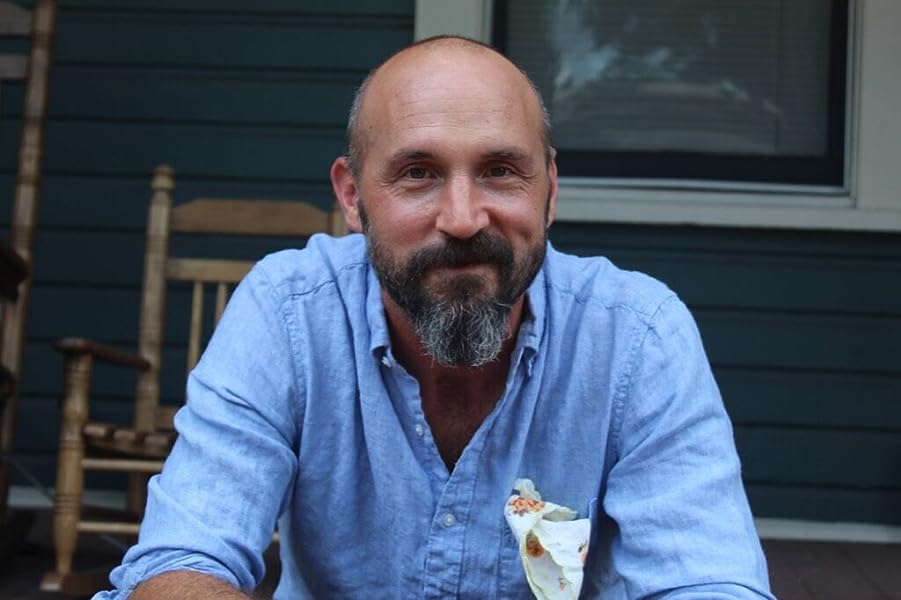 The Man Who Walked Backward: An American Dreamer's Search for Meaning in the Great Depression Audio CD – Audiobook, September 18, 2018

Ben Montgomery is a staff writer at the Tampa Bay Times and cofounder of the Auburn Chautauqua, a Southern writers' collective. He was a finalist for the Pulitzer Prize in 2010 and has won many other national writing awards.

Start reading The Man Who Walked Backward on your Kindle in under a minute.

4.2 out of 5 stars
4.2 out of 5
23 global ratings
How are ratings calculated?
To calculate the overall star rating and percentage breakdown by star, we don’t use a simple average. Instead, our system considers things like how recent a review is and if the reviewer bought the item on Amazon. It also analyzes reviews to verify trustworthiness.

P. Lund
1.0 out of 5 stars Not for me
Reviewed in the United States on January 18, 2019
Verified Purchase
Had to read f or book club. Historical facts a tad entertaining, but that's about all I can say in a positive way.
Read more
One person found this helpful
Helpful
Comment Report abuse

jgbeamish
5.0 out of 5 stars If you love history this is for you.
Reviewed in the United States on January 2, 2019
Verified Purchase
This book is fabulous, it walks you through what was happening in history as he goes on his journey. Couldn't put it down.
Read more
2 people found this helpful
Helpful
Comment Report abuse

T. White
5.0 out of 5 stars Good read
Reviewed in the United States on May 11, 2019
Verified Purchase
I really enjoyed this modern Forrest Gump tale. Lots of good history about the places he went through and the times he lived in.
Read more
2 people found this helpful
Helpful
Comment Report abuse

NancyAdairB
VINE VOICE
4.0 out of 5 stars Fascinating history
Reviewed in the United States on September 26, 2018
Plennie Lawrence Wingo is not a household name, although he went to great lengths endeavoring to achieve fame.

A string of bad luck had hit Plennie, thanks to the Depression. Nearly penniless, he hit on an idea. People were doing all kinds of crazy things to break records in a quest for fame. With fame comes money. It seemed as if everything that could be done had been done. Except...no one had walked around the world backward.

Plennie became obsessed. Every day for six months he practiced walking backward. He bought a map and sunglasses with mirrors to see behind him. He was given a cane. He put on his steel heeled shoes and a suit and ticked a notebook in his pocket, and in 1931 he left Texas, walking backward down Main Street on his way toward Dallas. He had picture postcards of himself to sell for income and hoped to find a commercial sponsor.

The Man Who Walked Backward by Ben Montgomery is Plennie's story, which is entertaining and interesting. He meets with great generosity and falls victim to scammers. He is a dreamer and a go-getter, fated to hit brick walls. He is harassed by cops and jailed in a foreign land. An affable man, he made friends who offered him shelter and meals and sometimes cash.

As readers travel with Plennie, we experience the misery and poverty of the Depression. We learn the story of America's growth through the history of the places he passed through, and how we used up and destroyed our vast riches.

Famous events and people are mentioned: the destruction of the buffalo as part of Native American genocide; the destruction of the prairie; towns that boom and bust; lynching and the Klan; Bonnie and Clyde and Al Capone; the kidnapping of Charles Lindberg's baby; the rise of Hoovervilles and the Dust Bowl; the growth of the beer industry and Prohibition.

And we travel with Plennie to Germany to experience the rise of Hitler, and across Europe to Turkey. It is unsettling how 1931 America is so familiar: ecological disaster, the destruction of the working class, the rise of a man who knew how to work the crowd, "tailoring his speeches to his audiences" and promising to make Germany great again. "People loved him. those who didn't were scared of those who did."

I found the book fascinating.

I received a free ebook from the publisher in exchange for a fair and unbiased review.

Flafan
4.0 out of 5 stars Fun read about an American oddball
Reviewed in the United States on October 4, 2018
By walking backward for thousands of miles in a failed attempt to circumnavigate the globe in reverse, Plennie Wingo secured himself a Guinness world record and a place in the pantheon of American oddballs. Though he took things to extreme, he reminded me of a few people I've met--relentless optimists, full of energy and unperturbed by the impracticality of their obsessions or their lack of financial resources.

While Wingo made it to Europe, his overseas travel ended in Turkey, where authorities threw him in jail and made him leave. However, he did get a lot farther than I would have expected--crossing the United States and parts of eight other countries. His initial trip took 18 months and more than 5,000 miles and he eventually pushed his count to 8,000 miles.

He said he got his crazy idea when his daughter's friends were discussing stunts that were then the rage (pole sitting, peanut pushing, solo flying and the like) and said there was nothing that hadn't already been done. Wingo begged to differ.

The subtitle of The Man Who Walked Backward is a half misleading "an American dreamer's search for meaning the Great Depression." Wingo was a dreamer to be sure, but there is nothing in this book to suggest any introspection. He was after adventure, fame and fortune and was willing to sacrifice his family and 12 pairs of shoes to get it. He definitely found the first two, getting his photo and story in newsreels and newspapers across the country--and even overseas. He came home with just $4 in his pocket, but he managed to finance his travels, selling postcards of himself for a quarter (equal to about $4 today), carrying sign boards, doing odd jobs and taking advantage of free meals and accommodations whenever they were offered.

Ben Montgomery puts Wingo's story into context, telling about both current and historical events related to the places Wingo walks through. This is often a real strength--especially when he tells us what others were doing to cope with the Great Depression at the time, including hunger marchers, strikers and suicidal businessmen. But sometimes his love of statistics got a bit too much for me--telling us for example, the number of telephones and library books in Joplin, Mo., or the exact number of days in World War I.

Overall, I found it to be a good read about an entertaining character.
Read more
4 people found this helpful
Helpful
Comment Report abuse
See all reviews

Kindle Customer
5.0 out of 5 stars Odd yet enthralling.
Reviewed in the United Kingdom on October 19, 2020
Verified Purchase
Fascinating insight into life during the great depression and an extraordinary character trying to earn fame and fortune.
Read more
Report abuse

Irina P.
1.0 out of 5 stars No plot, no facts and history
Reviewed in Germany on November 2, 2020
Verified Purchase
I expected to learn avout the great depression. This book has neither history and facts, nor any sort of plot. It is full random sentences related distantly to the great depression, e.g. Radio lyrics from random songs, non important events from random villages, rabdom names of people not even Americans can connect to some event,nothing historical. Have not read anything so boring, non-informarive and not even compensating with some intetesting plot. A definitely no buy, and a definetely shock that I paid so much money for this book. Not work even as used book.
Read more
Report abuse
See all reviews