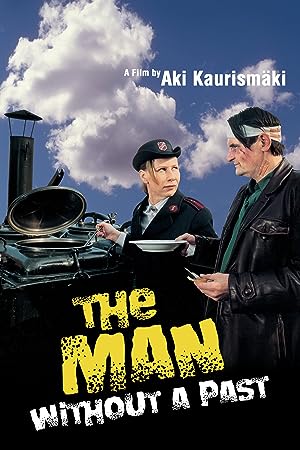 The Man Without A Past

(78)7.71 h 37 min2003PG-13
The film follows a man who arrives in Helsinki and gets beaten up so severely he develops amnesia. Unable to remember his name or anything from his past life, he cannot get a job or an apartment, so he starts living on the outskirts of the city and slowly starts putting his life back on track.

happysmileReviewed in the United States on May 7, 2017
5.0 out of 5 stars
Great art film/don't use as tourist feature
Verified purchase
Aki Kaurismaki is considered to be one of the best filmmakers from Finland. The Man Without a Past is I wonderful film about a man who is beaten up shortly after arriving in Helsinki. He has complete amnesia. It's about him inventing a new life, as he figures out who he was.

At turns it's: deep, brooding, funny (Finns have a great sense of humor), romantic and sad. It was nominated for an Oscar for best foreign language film the year it was released. And you'll know why when you watch it. It's a gem.

One caveat: Aki Kaurismaki has a very keen social conscience. He's very concerned about Finland being a land of the haves and have nots. This film is all about the lives of the have nots, which exist in any metropolitan area. It's won't inspire you to visit Helsinki. Watch travel films for that. Helsinki is a very lovely city.

J. MacTavishReviewed in the United States on July 7, 2005
5.0 out of 5 stars
Kaurismaki at his Best
Verified purchase
This movie reminded me quite a bit of "Ariel," one of Kaurismaki's older films, and I would say that "Ariel" and "The Man Without a Past" are the best of his films that I have seen.

Here, a man is mugged and severely beaten shortly after arriving in Helsinki. He suffers from amnesia and, without any identification, tries to survive as best he can without knowing his own name, let alone his social insurance number. He lives in a cargo container on the Helsinki waterfront, and ends up getting a low paying job with the Salvation Army.

He falls in love with one of the Salvation Army ladies (Kati Outinen, who starred in Kaurismaki's "The Match Factory Girl"), but things get complicated when he eventually learns his real identity. His newfound love seems in jeopardy as he leaves Helsinki for his hometown in order to see a wife who is a stranger to him, and who may or may not be happy to see him again.

I won't spoil the films ending by telling you how things turn out - but I will highly recommend this movie!

I've noticed that some reviewers seem to think that Kaurismaki is making a negative statement about Finland's economy, and I can see why they think so: Most of the Finns you see are living in dingy apartments, cargo containers and dumpsters. But Kaurismaki's films have almost always been about the lower class/lumpen proletariat, in the same way that Eric Rohmer and Whit Stilman make films about the bourgeoisie. In Kaurismaki's "The Leningrad Cowboys Go to America," he portrayed the U.S. in the same fashion, showing mainly rundown neighborhoods and the lower strata of American society.

Finns are known for their melancholy spirit (which some blame for their high suicide rate). It is something that one discerns from the books of Mika Waltari to the songs of Hector, as well as the films of Aki Kaurismaki. We see it in "The Man Without a Past," but I think that the real message of this film is one of hope: Even under the most adverse of living conditions, where one is without material wealth or even memories of the past, one can still find happiness in simple things like a glass of beer and a song on the jukebox, or from bigger things like the love of another.
18 people found this helpful

Tyler SmithReviewed in the United States on October 20, 2018
4.0 out of 5 stars
Go in with a smile, leave entertained
Verified purchase
With a wife feeling her spirit country is Finland, this was a good movie to gift. My immediate concerts were with the DVD itself. My copy seemed like it was burned, with a discolored (purple tinge) reading surface and a plain white with black text for disc art. The DVD also had no menu, just play. I bought the DVD through Amazon, so I assume it is just the quality of a smaller manufacturer. The movie, however, is quirky. It is very subtle. I found that if I tried to go in smiling, I got a better experience than if I was going in blind. This movie was great for my Finnish lover, and I found it to be a very enjoyable movie. There is nothing to new, and you can guess where it will go, but I liked the journey getting there.
One person found this helpful

goughoulReviewed in the United States on January 24, 2016
4.0 out of 5 stars
Interesting Finnish Culture Study
Verified purchase
Enjoyed this movie about Finnish people. I liked listening to the language which is so unfamiliar. I think it is a story about community and discovering oneself, maybe becoming a person more open to those around them. The description sounds like there is some horrible violence but it was not graphically pictured. The movie doesn't take itself too seriously and that is part of its charm. The soundtrack is great and the actors project a lot of character.
One person found this helpful

A. LienReviewed in the United States on December 13, 2007
4.0 out of 5 stars
salvation army in finland
Verified purchase
This film illustrates what I love best about being half finnish myself. Life in Finland is slow, people are taciturn and barely able to communicate. This shows the difference of Finland from the rest of Western Society - AND Eastern society. I think the music shows the minor key tone of living in the Northern climate, where the brain slows down to a crawl and survival means staying warm and dry against the odds. Knowing Finns as I have, I can understand why this movie is funny to them. Life plays out slowly and on a wave of timing that is unique. But they still manage to do the right thing - work, take care of each other and even fall in love.
6 people found this helpful

mystery mavenReviewed in the United States on November 6, 2015
5.0 out of 5 stars
Funny!
Verified purchase
Really funny in a Finnish way. Kaurasmaki totally shows the dour Finns at their best: bonding, the importance of friendship, making the best out of nothing. and loving. Terrific film!
See all reviews
Back to top
Get to Know Us
Make Money with Us
Amazon Payment Products
Let Us Help You
EnglishChoose a language for shopping. United StatesChoose a country/region for shopping.
© 1996-2021, Amazon.com, Inc. or its affiliates