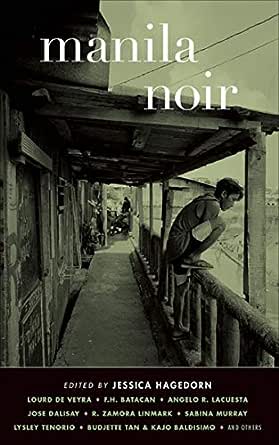 You've subscribed to Akashic Noir! We will preorder your items within 24 hours of when they become available. When new books are released, we'll charge your default payment method for the lowest price available during the pre-order period.
Update your device or payment method, cancel individual pre-orders or your subscription at
Your Memberships & Subscriptions
There was an error. We were unable to process your subscription due to an error. Please refresh and try again. 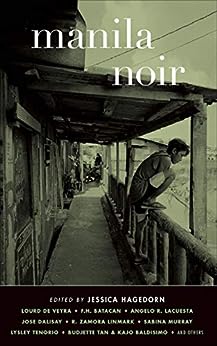 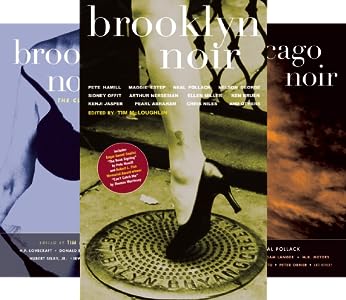 "Held closely to their breasts by the stories are messy, edged lives flaring out in seemingly random directions. But the 14 stories themselves are all elegant and smooth, like a bladed weapon concealed in a jacket. They strike suddenly but thoroughly, leaving you wounded. Embedded in each story is a deep acceptance of the fantastically flawed life in the big city and a step out of the ordinary...Manila Noir is a masterfully crafted anthology that reminds us that, if you truly love your city, you embrace its darkness as much as--if not more than--its brightness."
--Inquirer (Philippines)

"Excellently crafted and woven together, Jessica has compiled a series of short stories that exhibit the perfect setting and story for noir. Wonderful!"
--FMAM Magazine

"This Southeast sampler is unique, possessing an overall gritty tone. Each slice of supernatural splendor pulls the reader in with their nontraditional heroes...Ultimately, readers get a strong taste of the real Manila and all her dark secrets, wanting more of while being slightly afraid of what she might do next. Manila is the perfect place for noir scenes to occur, and it is easy to get sucked into its deadly nightshade of doom."
--Criminal Class Press

"[Manila Noir] is among the most moving, effective and altogether noir entry in the entire series."
--Bookgasm

"In...Manila Noir, the latest addition to Akashic Book's series of original noir anthologies, poet, novelist, and artist Jessica Hagedorn writes of how ghosts of past occupations, buried secrets, corrupt political dealings, crime, and inequality have shaped the fabric of the Philippine capital city."
--The Margins

"It is Manila itself--its heat and throb, its particular melange of Asia and America, its poverty and wealth, its diverse neighborhoods, the iconic pan de sal--that is the main protagonist in the collection as a whole...every reader--even those with weak stomachs or no particular affinity for noir--is likely to find some that are intriguing, enjoyable or eye-opening."
--Asian Review of Books

Jessica Hagedorn was born in Manila and now lives in New York. A novelist, poet, and playwright, her published works include Toxicology, The Gangster of Love, and Dogeaters, which was a finalist for the National Book Award. She also edited both volumes of the groundbreaking anthology Charlie Chan Is Dead: An Anthology of Contemporary Asian American Fiction.

NenetteU
2.0 out of 5 stars Noir is not for me
Reviewed in the United States on October 10, 2015
Verified Purchase
I rated each story and the average came up to 2.5, and I am rounding it down to 2.

I thought I'd try this genre but it's not just for me. Too dark, too cynical, too noir for my taste.

Some of the stories I liked: Aviary; The Professor's Wife; Norma From Norman; Comforter of the Afflicted - to this one I gave 5 perfect stars.

These are the ones I totally went "bleh!!!" - After Midnight; Cariño Brutal; Trese; Darling, You Can Count On Me; and the story I least liked: The Unintended. The author has got a flair for words, lots of it actually, but it did not translate to a good story. I got totally lost. For a while, I wanted it to end already, and when it did, it was so abrupt it was like I came out of a trance without having a recollection of what happened.

One thing for sure, I'm not picking up noir again.

Kindle Customer
5.0 out of 5 stars An incisive insight in human psychology
Reviewed in the United States on May 2, 2019
Verified Purchase
It's interesting to see this tangle of various plots and circumstances through the eyes of so many people - deep and psychological stuff
Read more
Helpful
Comment Report abuse

John J. Comiskey
5.0 out of 5 stars true to Life
Reviewed in the United States on December 27, 2013
Verified Purchase
These stories capture aspects of life beyond the tourist spots in Manila. They portray humanity as it really exists with its flaws and at times grace.
Read more
One person found this helpful
Helpful
Comment Report abuse

IsolaBlue
3.0 out of 5 stars Manila Inconsistent
Reviewed in the United States on June 24, 2013
"Manila Noir," edited by Jessica Hagedorn, is one of the latest offerings from the popular series put out by Akashic Books. Hagedorn is a Filipino-born writer instrumental in introducing many American readers to the Philippines and its culture. Hagedorn could undoubtedly write an entire book of noir short stories herself as much of her work is edgy and can easily move to the dark side. Readers of "Manila Noir" may wish Hagedorn had written more than the one piece she contributed to this collection. Although most of the stories are entertaining, and it is delight to feel the atmosphere of the city of Manila, not all Hagedorn's contributors are equally talented and many of the stories fall a bit flat. Several feel more like writing-class assignments than serious contributions from accomplished writers. This, it should be pointed out, is not just a Hagedorn problem; many of the books in this noir series suffer from the same awkwardness.

Hagedorn divides the book into three sections. Part One is called "Us Against Them;" Part Two is entitled "Black Pearl of the Orient" and Part Three is "They Live By Night." The best writing is in Part Three. The stories in the third section read like the best noir readers have come to expect from this series. Placing these pieces toward the end of the book, however, shows that Hagedorn saved the best for last, but also gambled that the reader would make it that far in the book.

Comparing "Manila Noir" to other books in the Akashic series, it comes in the middle of the pack. It is average, decent, has a few stand-out stories and a lot of very forgettable ones. It does offer something different in the form of a graphic short story, illustrated in black & white, in the middle of the book. This will turn off readers who don't appreciate graphic stories, but may attract a new audience of readers. Overall, any reader hooked on noir will probably want to check out "Manila Noir." For those who have no experience with the series, this is not recommended as a starting point. "San Francisco Noir" edited by Peter Maravelis might be better for a series beginning.

Kenneth Andres
4.0 out of 5 stars Gets a little repetitive after a while
Reviewed in Canada on September 22, 2014
Verified Purchase
If judged individually, all the stories in this book are fairly well written. However, some of them do repeat the usual noir theme of slums and crime, rich spoiled kids as victims, the marginalized as victims, etc. The stories often get too obvious; unsatisfying for a reader looking for something unique, exciting and new. There's also the factor of using vernaculars that are peculiar to the Filipino language. An outsider (who isn't familiar with the language) reading the story would just get confused (e.g., using a word like "promdi" without explanation), the delight of the story lost in incomprehension.

Fortunately, there's a way around this problem. Try not to read this from one story to the next. Mix it up. Start with the last story or the middle story. The theme changes enough for it to be an exiting read. Also, try not to read the book all in one seating. Spread it out. Digest the story before proceeding to the next one. Appreciate the subtleties contained within each of them. Try to have a dictionary handy (Gina Apostol's story is riddled with obscure words). Enjoy!