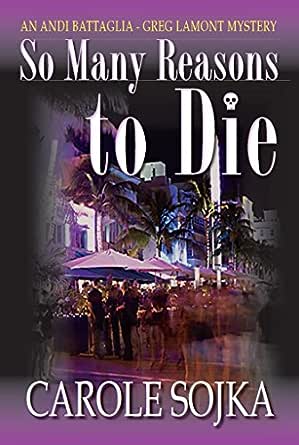 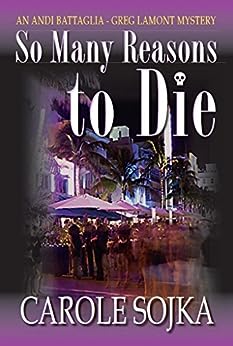 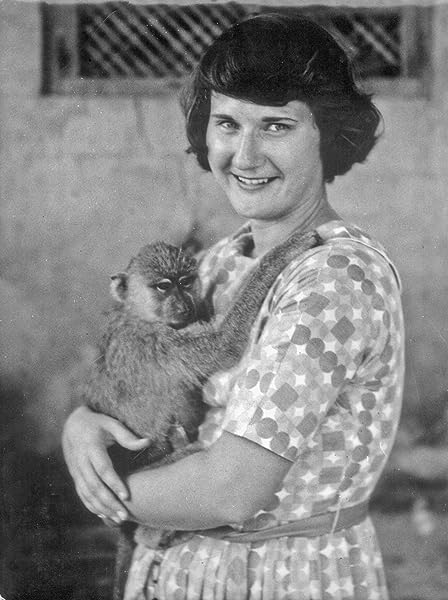 So Many Reasons to Die Kindle Edition

Sojka ...knits together these two characters' perspectives, setting them up for future sleuthing/romantic escapades. She also gives them a flashy, well-paced plot that takes readers into the underbelly of Miami as well as to Miranda's surprising roots in nearby Fort Pierce.

Kirkus Indie Review --This text refers to the paperback edition.

Carole Sojka graduated from Queens College, then earned a master’s degree from the University of Southern California. She spent two years in Africa as a Peace Corps volunteer and later worked as a law office administrator. Now a mystery writer, she is the author of A Reason to Kill and its sequel, So Many Reasons to Die.

Having moved north from Miami just a few months before, detective Greg Lamont walks in on a murder scene that hits home. When last he'd seen the victim's face, it had been contorted with fury. Later, in the dark, they had made love with savage intensity. . . and the next day she was gone. Greg had always known she was trouble; now he's on the hunt for her killer.

His partner, detective Andi Battaglia, is also a recent transfer to the Burgess Beach Police. She had moved from Tampa in an attempt to escape her past but soon discovers that her past has followed her even here.

Despite, or because of, their personal lives, the two detectives soon find themselves drawn into the heart of Miami's blazing hot South Beach nightclub scene, intent on unraveling the complicated life of an enigmatic woman and finding her killer--whatever the cost. --This text refers to the paperback edition.
Read more

Joy O
5.0 out of 5 stars Wonderful sleuthing adventure.
Reviewed in the United States on May 10, 2015
Verified Purchase
Thoroughly enjoyed sleuthing with Andi & Greg, kept me guessing all the way to the end. Looking forward to the next adventures of these two.
Read more
Helpful
Comment Report abuse

Why was Miranda Duncan killed?
Who is Philippe San Angelo?
What about Kathryn Forbes?
What will become of Antoinette Toni Duncan (3, Miranda’s daughter)?

Warning: This book is for adults only & contains extreme violent or graphic adult content or profanity &/or sexually explicit scenarios. It may be offensive to some readers.

A very awesome book cover, great font & writing style. A very well written crime Mystery book. It was very easy for me to read/follow from start/finish & never a dull moment. There were no grammar/typo errors, nor any repetitive or out of line sequence sentences. Lots of exciting scenarios, with several twists/turns & a large set of unique characters to keep track of. This could also make another great crime Mystery movie, or mini TV series. 1 book you’re not likely to want to put down. There is no doubt in my mind this is a very easy rating of 5 stars.

Mar Preston
4.0 out of 5 stars Enjoyable Florida Police Procedural
Reviewed in the United States on June 18, 2015
The writing style is spare, which means the story has to be there to keep you reading rather than lush description. I was fascinated with the main character, Miranda, whom so many men and women had fallen in love with, and been used by. Because we never meet Miranda, we see her from afar. The story conveys a real femme fatale. Fascinating character.

The setting is south Florida and the descriptions make me long to go back. The author has an authentic feel for police work.

Elderly traveler
4.0 out of 5 stars Let's Have Another
Reviewed in the United States on May 27, 2015
Another fine entry from Sojka with an intricate plot, lots of tasty Florida sleaze, and complex relationships among the main characters. Looks like a good series is emerging.
Read more
Helpful
Comment Report abuse
See all reviews