Sold by: Uscat Deals
Add to Cart
$23.60
+ Free Shipping
Sold by: -Book Bargains-
Have one to sell?
Sell on Amazon 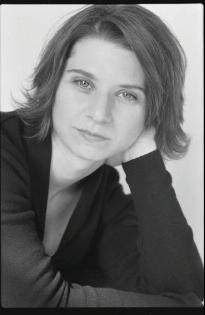 Domingue’s second novel, following her well-received The Mercy of Thin Air (2006), is an intriguing fantasy set in an ancient land. Aoife, a precocious 12-year-old, is apprenticed to her kingdom’s aging mapmaker; four years later she is dispatched by the king to map his entire realm. On her travels she finds a nearby kingdom where, inexplicably, she feels surrounded by peace, free of the rancor and competitiveness she left behind. When her discovery becomes known, the king plans an invasion. Aoife, now married to the king’s son, tries to slip away to warn their neighbors, but she is imprisoned and her twins are taken from her. Eventually she escapes and lives in exile with the welcoming inhabitants of the land she discovered, who take her in “like a foundling child.” Domingue deftly explores themes of motherhood, gender equality, and the powerful ties that bind us to our roots, while at the same time mesmerizing the reader with the story of a mythical land struggling to protect itself from the greed and jealousy of the slowly encroaching outside world. --Deborah Donovan

“Journey to the heart of a fairy-tale land with doomed queens, epic quests, and enemy kingdoms in The Mapmaker’s War. Ronlyn Domingue’s jewel of a book has a big canvas, memorable characters, and intimate storytelling. You will be swept away by this otherworldly tale that charts the all-too-human territory between heartbreak and hope.” (Deborah Harkness, New York Times bestselling author of A Discovery of Witches and Shadow of Night)

“A map can make sense out of the seen world. But it can also evoke greed. And what of a map of the heart? Legend, allegory, fantasy—this second novel by Domingue entwines genres to cast a spell upon its reader.... A curious, thought-provoking story about how the heart’s terrain bears charting, too.” (Kirkus Reviews)

“The book is reminiscent of some Edwardian novels in its emphasis on class and women’s issues. Its mysticism and naturalism also recall the classic Green Mansions, published during that period. If you give Domingue’s book a chance, it’ll entrance you.” (The Advocate)

“Domingue follows up this success with The Mapmaker's War, another bold and innovative tale of a woman fighting for her place, told by second-person narrative.” (Monroe News Star)

“Domingue deftly explores themes of motherhood, gender equality, and the powerful ties that bind us to our roots, while at the same time mesmerizing the reader with the story of a mythical land struggling to protect itself from the greed and jealousy of the slowly encroaching outside world.” (Booklist)

“What a stunning, original book this is—restrained and sensual, cerebral and lush, always blazingly intelligent, epic and expansive, yet filled with the most precisely and lovingly observed details. This is one of the best books I've read in years. Reminiscent of Margaret Atwood's best work and yet wholly its own, The Mapmaker’s War evokes one of its heroine’s fantastic, world-defining maps: giving lines to human landscapes as old as myth, seemingly for the first time. You won’t be able to put this book down, and it will take you somewhere you've never been, leaving you transformed.” (Carolyn Turgeon, author of Mermaid and The Fairest of Them All)

“The Mapmaker's War is an extraordinary tale of a woman's courage in an ancient Utopian world. Domingue has taken on the herculean task of inventing a new legend, and the result is a remarkable novel at once absorbing and heart wrenching, but above all mesmerizing!” (M.J. Rose, internationally bestselling author of Seduction)

“The Mapmaker's War evokes not mere fantasy, but the real magic I found as a child, reading by flashlight under a blanket. As then, the story takes me by the hand to exotic lands and noble people. As it proceeds, I'm reminded of myself as a teen-age girl, chafing under the restrictions of an established order. Further on, I'm lead into adulthood. The story keeps me under its spell, but it fills with adult contradictions, with experiences of betrayal and regret, with sex and self-knowledge, with the reality of evil, and all the while, yes, the same old magic. But the magic has matured, now, redeemed by love and wisdom.” (Ava Leavell Haymon, author of Why the House Is Made of Gingerbread: Poems, Winner of the MIAL 2011 Prize for Poetry)

Ronlyn Domingue is the author of The Chronicle of Secret Riven, The Mapmaker’s War, and The Mercy of Thin Air, which was published in ten languages. Her essays and short stories have appeared in several print and online publications, including New England Review, Shambhala Sun, and The Nervous Breakdown. Connect with her on RonlynDomingue.com, Facebook, and Twitter.
Read more