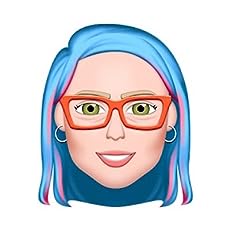 Mara Leigh, a corporate world escapee, loves to hang out in coffee shops and let her imagination run wild. After hopping between various cities including Edinburgh, San Francisco, and Philadelphia, Mara and her exorbitant shoe collection have settled in Toronto where she writes sexy, smart, satisfying romance and erotica.
Never miss a release!
Click "Follow" on her Amazon author page, and/or
Sign up for her Release Newsletter by copying this link into your browser: http://bit.ly/MaraNews
Read more 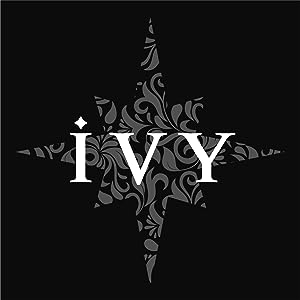 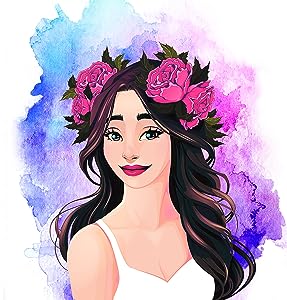 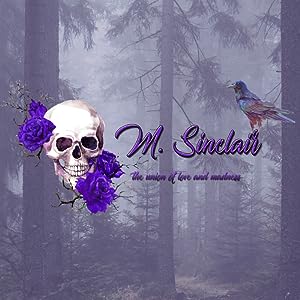 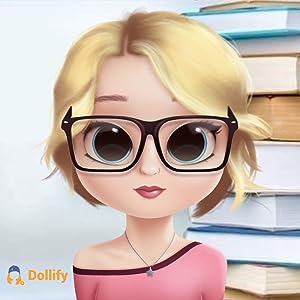 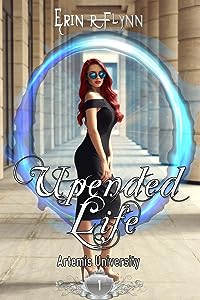 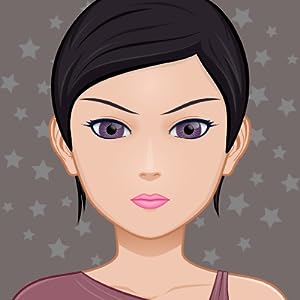 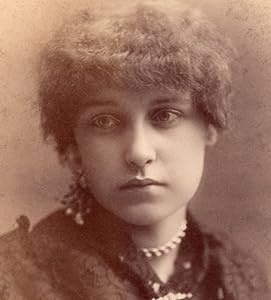 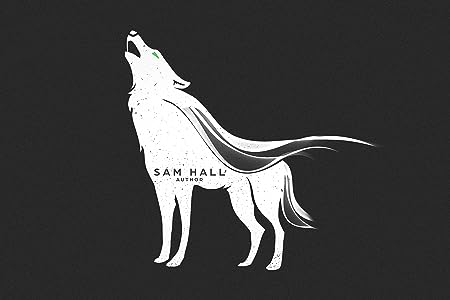 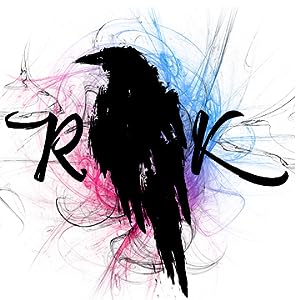 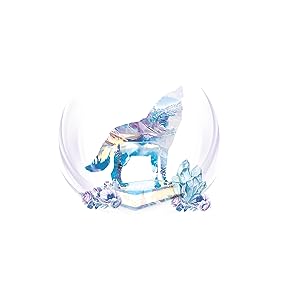 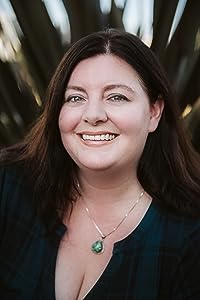 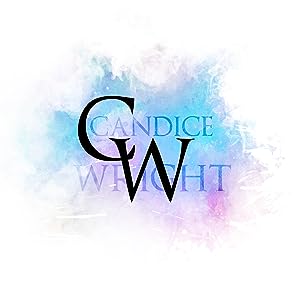 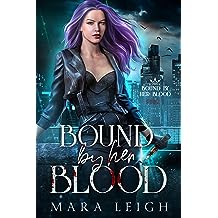 Bound by Her Blood Dec 11, 2019
by Mara Leigh
( 69 )
$4.99
One newly-turned female vampire, four powerful males hiding dark secrets—alone each is lost, but together their passion ignites and changes the vampire world forever.

When human I was abused and alone, and even now as a newly-turned vampire, I'm trapped and tortured. But I will not give up--I will never give up. And I refuse to let my past define me.

I escape the clutches of Pike, the vicious guard of an evil vampire king, and meet Rock, a massively muscular man, big enough to be a giant. Rock is handsome, kind and protective, but he's hiding his own dark secrets and can’t give me everything I crave.

Rock knows I need blood, vampire blood, and takes me to Grayson, an elegant and devastatingly hot vampire. Gray is a teasing flirt, but as soon as I take his vein it's impossible to deny our attraction, or the sexual need he ignites deep inside me.

I become stronger and my attachments to the two males grow, but my safety is threatened by Colton, a hunky vampire-hating cop I'm inexplicably drawn to. And all the while I’m pursued by Pike, the terrifying vampire who won't rest until he claims me as his own.


Bound by Her Blood is the first book in a sexy, Why Choose (Reverse Harem) Paranormal Romance series. Expect a very steamy, fast burn, slow build read, with the relationships developing over the series.

**Warning: This is an adult 18+ read and contains strong language, adult sexual situations and dark themes. The main character has suffered abuse in her past, and that content may be triggering for some readers.** 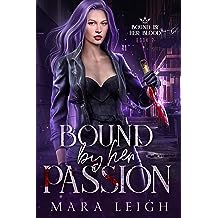 If you haven’t read Book 1, BOUND BY HER BLOOD, fair warning… This description contains spoilers.

I was alone and abused—both as a human, and a vampire—but I am strong, I am a fighter, I will survive. And now I’ve found men who can give me the love that I crave. I love them all so much how would I possibly choose?

Captured by the terrifying Pike and separated from Rock and Gray, will my growing power be enough to escape—or to resist the inexplicable yearning I feel for my captor?

Meanwhile, the city is terrorized by a vampire serial killer, and overrun by wooden-stake-wielding cops, including the hunky Colton who won’t stop pursuing me—and I’m not sure I want him to, in spite of the danger.
And through it all, the false-King Xavier won’t stop hunting me--not until I suffer a painful death.

**Bound by Her Passion is Book 2 in a hot PNR WhyChoose RH vampire romance series. Expect a steamy, why choose (reverse harem) romance with each relationship developing at its own pace—some fast burn, others slow burn.** 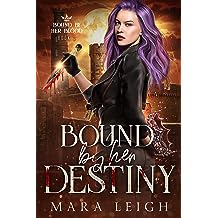 "Best of the series!"

"Keeps Getting Better: One of my favorite supernatural series. Completely glued to the ebook screen all the way through. Can’t wait for the next book to see what happens next."

Selina’s story continues in Book 3 of the exciting and passionate Bound by Her Blood series.
If you haven’t read BOUND BY HER BLOOD and BOUND BY HER PASSION, fair warning… This description contains spoilers.


I finally found a place where I belong, steaming hot men who passionately love me, but my entire world falls apart, and now not one of us is safe—physically or emotionally.

The vampire who made me is dead, but the vengeful Xavier is still in hot pursuit, and that’s not my only threat. Turns out, an order of powerful ancient vampires, are hunting me too.

I’ve been desperate to discover my roots, but the answer reveals a destiny that could tear me away from the men I love forever.

**Bound by Her Destiny is Book 3 in a hot PNR RH vampire romance series. Expect a steamy, why choose (reverse harem) romance with each relationship developing at its own pace—some fast burn, others slow burn.** 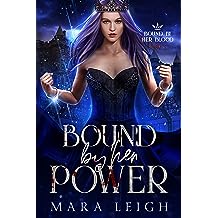 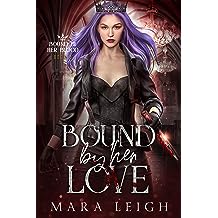 Bound by Her Love: Bound by Her Blood Book 4 Mar 31, 2020
by Mara Leigh
( 21 )
$4.99
One newly-turned female vampire, four powerful males hiding dark secrets—alone each is lost, together their passion ignites and changes the vampire world forever.

Selina’s story continues in Book 4, of the exciting and passionate Bound by Her Blood series.

Finally on solid footing with all four of my guys, I discover that Gray’s nickname for me is more than a teasing joke. I actually am a vampire princess—for real—and I'm whisked off to a palace in some foreign land. But way worse than that, none of my loves, not Rock, Gray, Pike or Colton, can be my Mate.

At the palace, everyone is kind and my new digs are opulent, but none of that matters. The only thing I care about is reuniting with the men I love and starting our lives together. But everyone claims that if I refuse the crown, the entire vampire world will descend into chaos. And once I get near my men, how can anyone really expect me to keep my hands off them?

**Bound by Her Love is Book 4 in a hot PNR RH vampire romance series. Expect a steamy, why choose (reverse harem) romance with each relationship developing at its own pace—some fast burn, others slow burn.** 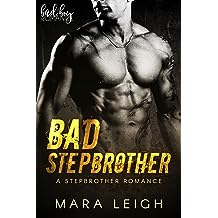 Wanting to escape my good girl past—just for one hot and dirty night—I go way outside my comfort zone and hook up with Zach, the bad boy, nude model from my life drawing class.

The night leaves me wanting more, but imagine my shock months later, when Zach shows up at my dad’s wedding—as the son of the bride.

Now I can’t get my smoking hot stepbrother out of my mind—or my sight when our parents drag us on a family vacation where his tattooed muscled bod is in my face—all the time.

And my attraction turns serious, when I discover deep emotional wounds under his tough guy exterior.
Can Zach get over his past, and can we keep our forbidden passion under wraps?

A standalone, smoking hot stepbrother romance with no cheating and no cliffhanger. For readers 18+. Contains strong language and adult sexual situations. 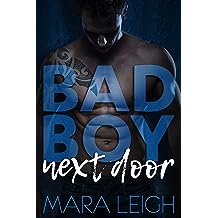 Jade
I can’t be pissed at my dad. His neglect made me strong. I might be young, but I can take care of myself, take care of my sister—take care of anything.
But when Dad traps me in a life-or-death deal, I have to keep some gangster named Nick “happy”. Fine. Taking care of other people is my life.
Turns out, Nick lives next door and is the biggest, sexiest man I’ve ever met, and even more shocking, he makes me want to trust him and let someone else take care of me for a change.
Nick
When the new girl moves in, insisting she intends to keep me happy, I feel like the luckiest guy alive.
She wants to keep things casual, but there’s nothing remotely casual about the intense fire between us.
Or how her anger’s gonna burn when she finds out that I’m not the right Nick.

**Book 1 in the Downey Brothers series. Expect an extremely hot read and a happily ever after. NO CLIFFHANGER.**
Read more
Other Formats: Paperback 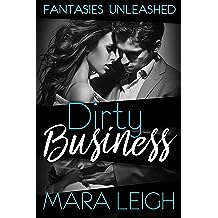 Dirty Business: Fantasies Unleashed Nov 3, 2014
by Mara Leigh
( 11 )
$2.99
Vicky has the power and the money to have anything she wants - except one thing. She wants to experience sex in public. With a stranger.

When she hires Fantasies Unleashed to fulfill her desire, she gets more than she bargained for. Not only is the man they send hot as sin, he has no problem taking control… and satisfying her deepest, dirtiest needs.

Can a secret sexy encounter unleash unexpected desires - even the possibility of love? 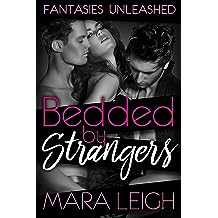 Jamie’s fantasy is to have sex with multiple strangers, and while they’re on a trip to Vegas, her husband makes her fantasy come true, with the help of six hot men who fulfill her wildest dreams. 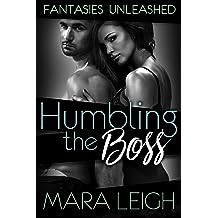 Humbling the Boss: Fantasies Unleashed Dec 2, 2014
by Mara Leigh
( 3 )
$2.99
Gina turns the tables on her domineering boss in this steaming hot fantasy.


**The Fantasies Unleashed series can be read in any order** 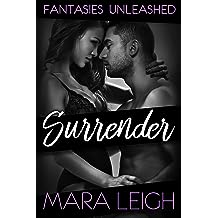 Surrender: Fantasies Unleashed Nov 3, 2014
by Mara Leigh
( 5 )
$2.99
On a dare, Deana plays out her sexual fantasy to lose control, never planning to yield, not fully. In fact, she plans out a script. But she never planned for Jake, a hot, powerful man whose demands take her to levels of ecstasy beyond her wildest imagination. 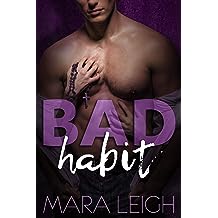 Bad Habit: Downey Brothers Series Dec 4, 2018
by Mara Leigh
( 8 )
$3.99
When a nun asks a charming man with a criminal past to be her sin consultant, what neither expects to discover is love.

Faith
From the first moment I saw him, Cormac Downey lit a fire under my skin and sent demons to dance in my belly. I now understand why women call certain men hot.
Home-schooled—even home-churched—I’ve discovered that not everything Mother taught me was true, but I've always been promised to God and plan to remain that way.
Thing is, the more I learn about the world the more curious I grow, and when I realize the real reason Mother kept me isolated I resolve to experience all the seven deadly sins—at least once—before I take my vows. And who better to help me than Mac?
Mac
As dealmaker for our slightly shady family business, I can always get what I want. The trick is convincing the other guy he’s desperate for exactly what I need.
Faith is the definition of innocent—a virgin in every possible way—and even though my past is bad enough to reserve my spot in Hell, there's no way I'd take advantage of a woman like her. But when she asks me to be her sin consultant, the same week I'm heading to Vegas... I mean, how can I refuse?

A standalone, opposites attract romance. Expect a steamy read with a HEA and no cliff hanger.
Read more