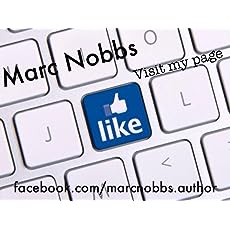 He started writing as hobby just after leaving university in 1998, and in 2005 his first short story was published by the subscription website Ruthie's Club. Phaze Books published his first novel, Charlotte's Secret, in 2008. Eternally & Evermore, his forth Phaze novel, was published in 2010.

Originally from The Black County, Marc now lives just a stone's throw from where Princess Diana is buried and the Gunpowder Plot was plotted. It's far cry from his inner-city roots, but that's what an education does for you. He studied at the University of Aberystwyth and the University of Swansea.

When he's not writing, blogging, counting other people's money or being a loving husband and father, Marc enjoys the peace and quiet of his allotment garden, where he grows all types of quite magnificent fruit and vegetables.
Read more 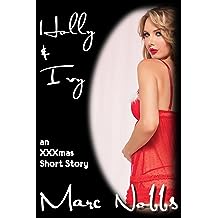 Written during a “live writing” session in a secret Facebook Group on 17th December 2014, this hot and dirty short is one man’s Xmas fantasy come true. Two sexy, sultry gifts waiting for him under the tree. And he can’t wait to unwrap them.

This e-book also includes the text of two other “live writing” sessions from earlier in the year, and sample chapters from Kissed by a Rose, Eternally & Evermore, A Good Man and A Tortured Soul.
Read more 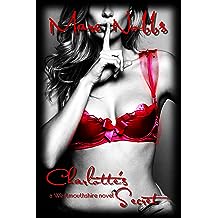 Charlotte's Secret Mar 31, 2015
by Marc Nobbs
( 5 )
$2.99
Everyone has secrets. Everyone tells lies. But for one Westmouthshire family, secrets and lies have become a way of life.
Trapped in a loveless marriage thanks to one drunken night of passion and his misplaced sense of doing the right thing by his unborn son, David now keeps a secret that could not only break him free, but ensure he gets the one thing his heart desires most .
Susie loves her son and she’ll do whatever it takes to provide the very best for him—even if that means marrying a man she doesn’t love. But Susie is keeping a secret that could mean neither she, nor her son, will never want for anything again.
Her successful lingerie store carries her name, but Charlotte’s really is the biggest secret of all. A secret as terrible as it is wonderful. A secret that could tear her family apart and hurt the ones she loves the most.
In “Charlotte’s Secret” Marc Nobbs weaves a twisted web of deceit and betrayal, secrets and lies and mixes it with steamy, passionate love scenes.
But everyone knows that eventually secrets always come out. The only question is, who’s secret will come out first.
Read more 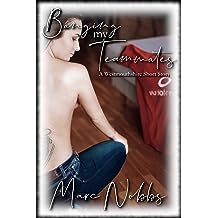 Banging My Teammates: A Westmouthshire Short Stor Feb 17, 2016
by Marc Nobbs
$0.99
Lizzie and I had been married for just over a year when we moved to Westmouth after I won a promotion at work. Because we didn't know very many people in this strange new town,I decided to join a local Sunday League football team. At the end of the first season, we threw a barbecue party for my teammates.

But neither Lizzie or I knew was that our guests had rather unorthodox sex lives.

And what neither of us expected, was that our sex lives were about to change forever too.
Read more 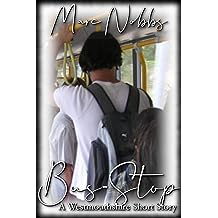 Bus-Stop: A Westmouthshire Short Story Feb 17, 2013
by Marc Nobbs
( 1 )
$0.99
A guy is forced to take the bus to work while his car awaits repairs. Riding home one night, the bus is so full he finds himself rubbing his erection against the arse of the girl in front with every bump in the road. He's quite embarrassed. She reacts differently. You know what happens next. A fairly vanilla stroke story. This version was updated from the 1998 original in 2020.
Read more 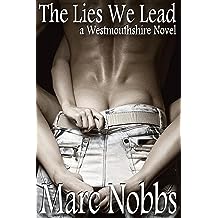 The Lies We Lead Jun 27, 2015
by Marc Nobbs
( 5 )
$3.99
A Middle-Aged former City of London high-flyer gets home one night to find the house dark and deserted and he decides it’s the perfect opportunity to preview the new adult movie that he’d planned to watch with his wife that weekend. But to his horror he finds the buxom beauty in high-definition on his screen is someone he knows very, very well.

And to make matters worse—the house wasn't quite as deserted as he'd thought.

Bobby Jones’ life will never be the same again. 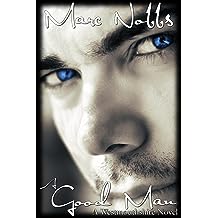 A Good Man (The Paul Robertson Saga Book 1) Oct 9, 2011
by Marc Nobbs
( 32 )
$3.99
He was sitting in the shadows, taking a break from the wedding of the year, when Paul Robertson’s sense of right and wrong forced him to jump in and rescue a young damsel in distress. Little did he realise how much that selfless act would change his life.

Set in the fictional English seaside county of Westmouthshire, “A Good Man” is the first book in the “Paul Robertson Saga" – the story of one young man’s coming of age journey and his search for his place in the world.
Read more
Other Formats: Hardcover , Paperback 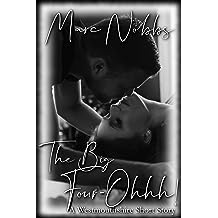 The Big Four Ohhh!: A Westmouthshire Short Story Sep 1, 2013
by Marc Nobbs
( 10 )
$1.99
When Dave Cartwright sees an ad in the local newspaper offering twenty-seven inches of Prime British Beef, it plants the seed of an idea which leads to a unique celebration his wife’s upcoming fortieth birthday and a night that neither one of them will ever forget.
Read more 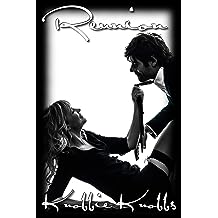 Reunion Mar 1, 2011
by Knobbie Knobbs , Marc Nobbs
( 1 )
$1.99
Matt Marsden’s life is good. He’s got a posh pad, flash car and a great Job. He worked hard and he’s got his rewards. But an invitation to his school’s ten-year reunion, brings back memories of a torrid time and a hidden love he did nothing about. His friends persuade him to go against his better judgement and when he gets there his love has a surprise for him. A surprise that will change his life forever.
Written in 2004, this is the slightly extended 2005 version of my first novella length piece.
Read more 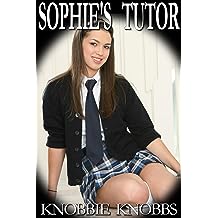 Sophie's Tutor Jul 22, 2013
by Knobbie Knobbs , Marc Nobbs
( 1 )
$0.99
When maths teacher James agreed to tutor Sophie privately after after she failed an important exam and got left behind by her regular class teacher, little did he know it would lead to her offering up a very special reward for helping her get the grades she needed to win a university place.

Knobie Knobbs is the original pseudonym of Author Marc Nobbs. This story was written around 2000, but was heavily revised into this version in 2005.
Read more 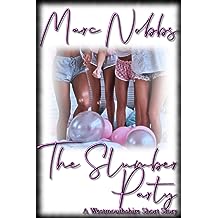 But one thing is for sure—Bob Johnson's life is about to get a lot more complicated.

Or a lot more fun.

Or both.
Read more 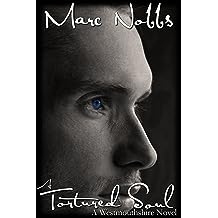 After almost a year running from his grief on a road trip around The United States, Paul returns to Westmouthsire for a fresh start at university.

But he knows he can no longer run from his problems. He knows he has to turn and face them if he is ever to get on with his life. But that’s not as easy as it sounds.

New friends. An old enemy. And a voice that haunts his days and fills his dreams. Will Paul ever find a cure for his tortured soul?
Read more
Other Formats: Hardcover , Paperback 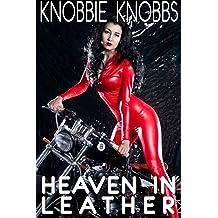